wants you to know that its

very much a thing by targeting one of the largest and most ubiquitous groups among car buyers:

. Lexus has debuted the

concept to pry discerning music listeners up out of their

and onto the road.

, an LA-based custom fabrication studio, for the creation of this rolling listening room. Though this is not something you’ll find on a Lexus lot now or probably ever. It’s a proof-of-concept car meant to show that a turntable can actually work in a moving vehicle. But when Lexus was busy wondering whether it would work, they never considered whether it should. Because, really, a car is just about the worst environment for vinyl.

for this, with carmakers offering in-dash record players starting in the mid 1950s with DeSoto, Dodge, and Plymouth. It fit in with the era that also saw

. Size constraints meant these cars stocked short-running 45s, and the distraction of having to flip a record ever four or five minutes while driving (coupled with the high costs of these systems) meant that it wasn’t long before car companies abandoned them and left us with radios and eight-tracks and tape decks and everything else.

There’s just so much about this thing I find troublesome, despite the good job SCPS did building it. Don Wertz, from SCPS Operations and Business Development, explained why the project was a challenge in a brief two-part documentary from

that details the car’s creation. 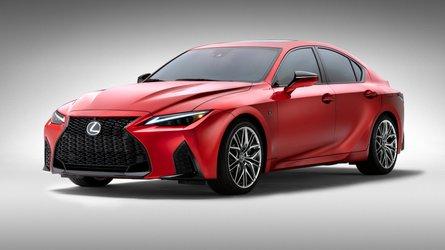 that the project presented “two major issues: one is the needle skipping, and two is the centrifugal and g-forces that are put on the motor that rotates the record itself.”

SCPS solved those two issues with some workarounds, among them a micro-adjustable tonearm, a stepper motor and a special silicone pad to dampen vibration. Lexus

on the build from SCPS:

But even if this turntable works flawlessly and is somehow not susceptible to all the vibrations a 3,800 pound machine traveling at 80 miles per hour produces, there’s more issues to consider.

Bruce Hornsby and the Range

What about vinyl storage? Am I schlepping a milk crate in my fancy Lexus, or are my vinyls strewn about the cabin, melting in the heat of the sun and prone to bending from all of the other cargo?

Look, vinyl is cool. It’s a physical medium that’s beloved and some people argue it sounds awesome but it’s not exactly a hands-off deal. When I’m driving, I’d rather my hands be on the wheel and attention be on the road. I don’t personally spin vinyl for fear of the complexity and care it demands. I can appreciate it but I can tell you confidently a car is not where it belongs.

Sure, I’d be lying if I said I wasn’t curious, but it’s not even the novelty of having a functioning turntable in a glove compartment that gets me. I just want to see the dedicated PHONO button on the dash. If there isn’t one, and I’m forced to toggle through a source button then what the hell is the point?