HTC U11 vs iPhone X，which is better? HTC U11 is one of HTC's flagship full-screen phones. It is also the first full-screen phone released by HTC. Apart from the changes on the screen, the U11 also has many amazing highlights in terms of appearance design, system, camera and so on. iPhone X is the flagship phone launched by Apple. Although the price is as high as ten thousand yuan, it is still not available in line, which shows its high popularity. The following will introduce these two phones, good or bad is up to you. 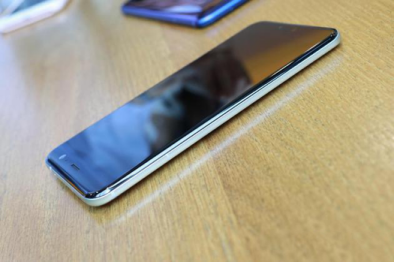 The HTC U11 has a 5.5-inch 2K screen resolution, a Snapdragon 835 processor,4 GB RAM + 64 GB ROM, a 16-megapixel front-facing camera,12 million rear UltraPixel3 lens, USB-C 3.1 interface, Bluetooth 4.2, Dual Frequency Wi-Fi , 3000mAh battery (QC3.0 fast charge).The HTC U11, which has UFS2.1 flash memory, is made of 5th generation Corning Gorilla glass and has a 539 PPI, and can play VR videos, HTC mentioned in a press release. Furthermore, the HTC U11 has removed the 3.5mm headphone port and upgraded to Type-C. The HTC U11 comes with a Usonic headset, a 3.5mm Type-C accessory and a protective case. The HTCU11 is also the most powerful camera smartphone, which scored an impressive 90 on the DXOmark. The biggest advantage of this phone should be the support for extruded

operation of the edges. The new feature, called ‘Edge Sense’, allows users to squeeze edges for short or long periods of time to perform functions such as camera activation and taking photos, and can be customized. In addition, the HTC U11 is compatible with IP67 waterproofing, BoomSound HiFi, 3D audio recording, instant voice feedback and other new features. The HTC U11 will be available in five colors: black, light blue, navy blue, red and white. HTCU11 is an interesting device that combines the most advanced technology with a unique look. Edge sense is still an unknown quantity, but if implemented properly, it could be a big step forward in today's growing mobile landscape. High quality screen, thin bezel and excellent performance, these are very impressive.

HTC U11 vs iPhone X-How is the iPhone X?

For Apple, the iPhone X is the new masterpiece, with its heterogeneous, full-screen design, facial recognition, and new interact ways. iPhone X is the first phone with an OLED display. Color restoration of iPhone X is accurate, which is very pure under the black. But OLED discoloration and screen loss are still common on iPhone X, thus the screen is slightly yellow, and even worse if true-tone is turned on. It takes a long time for the screen to get hot, so we don't have to worry too much about it. To alleviate this problem, Apple has added a dynamic effect to the iPhone X system, which prevents the screen from aging and being static for long periods of time. The iPhone X opens a new era of phone unlocking by adding Face ID instead of fingerprint unlocking. Face ID has some advantages, which is faster than entering passwords and more natural than fingerprint recognition. In terms of technological innovation, Face ID is also the leading technology, but Face ID is still needed to upgrade. The iPhone X offers a much better user experience than previous iPhones. The iPhone X has a great display, a modest camera, and a more natural interactive experience.

HTC U11 vs iPhone X-How to choose?

If you prefer a small and lightweight phone, the iPhone X will be attractive. It has good performance, excellent camera, and waterproof function. The HTC U11 is a larger phone with longer battery life and a few extra features like Edge Sense and custom sound. But if you like iOS, the iPhone X is a great fit. But the U11 is a superb phone that won't disappoint. The iPhone X's fringe screen is stunning. It has an excellent full screen. Unlike the iPhone X, the HTC U11 doesn't have a huge screen-to-body ratio. In fact, the iPhone X and HTC U11 both look very smooth, almost the same, and both look great. The U11 is unusual in that its chassis is made mostly of glass and it is available in a variety of colors. Beyond that, both phones are well-built and don't have a 3.5mm headphone jack, but The HTC U11 has a larger battery capacity, which makes it a bright spot. However, while the U11 can last for almost a day of heavy use, you still need to recharge to continue to use. Since Apple has complete control of the hardware and software, the iPhone can last all day, so it's unwise to look only at specs. While the iPhone X has fixed storage space, the HTC U11 can use a microSD slot to expand storage space. The HTC U11 has several other nifty features, including extrudable sides. That means you can apply pressure to launch the app and take a picture. A camera with more pixels means better quality, but it also affects some performance. So, the iPhone X's camera may not have that many pixels, but it can take good pictures.