“Trucking serves as a barometer of the U.S. economy, representing 72.5% of tonnage carried by all modes of domestic freight transportation, including manufactured and retail goods,” according to the American Trucking Associations (

Despite its crucial role in the economy, the trucking industry faces multiple challenges. Autonomous technology can help solve many of these issues and unlock the potential in logistics and delivery via forward linkages. Here’s an overview of self-driving trucks, and how NVIDIA (

There are many economic and operational incentives in place that could help with the fast adoption of autonomous trucks. Unlike traditional vehicles, self-driving trucks are fuel efficient, which reduces operational costs. A recent

from the University of California San Diego’s Jacobs School of Engineering showed that autonomous technology reduces fuel consumption of heavy-duty trucks by at least 10%. Multiple factors such as better aerodynamics, computer-controlled acceleration and optimized cruising speed help self-driving trucks achieve more fuel efficiency. In addition, since these advanced trucks self-monitor to report technical problems, the delay in fault detection as well as time spent in workshops can be reduced.

In the U.S., there are stringent “hours of service”

in place for truckers to ensure a ‘drive-rest’ balance. This has led to a shortage in drivers and poor retention rates.

“Firms, due to their own safety focus and requirements from their insurance companies, only hire drivers that can pass criminal background checks, have clean driving records free of moving violations and DUIs, and can pass drug-screening tests,” according to a

by the U.S. Department of Transportation. “Driving automation is seen as a potential solution to the problem of a driver shortage by the trucking industry analysts.”

Over the past couple of years, there has also been a rise in e-commerce, leading to a massive demand for faster and same-day deliveries. However, the limitation on number of hours and the shortage of drivers have been inhibiting the speed of deliveries. Autonomous trucks would be able to help since they can speed up deliveries and overall productivity.

“With full autonomy, operating costs would decline by about 45%, saving the U.S. for-hire trucking industry between $85 billion and $125 billion,” according to a McKinsey

Furthermore, the technology can contribute hugely towards the safety of the driver, since an estimated 90% of the crashes are caused by human error (fully or in part).

In 2015, NVIDIA introduced its autonomous driving platform, NVIDIA DRIVE. The company continues to launch superior versions and upgrades at regular intervals, with the latest being in April 2021. NVIDIA revealed its next-generation AI-enabled processor for autonomous vehicles,

, which will deliver more than 1,000 trillion operations per second (TOPS).

NVIDIA has many partnerships with truck manufactures and startups that provide driverless technology. In July 2020, 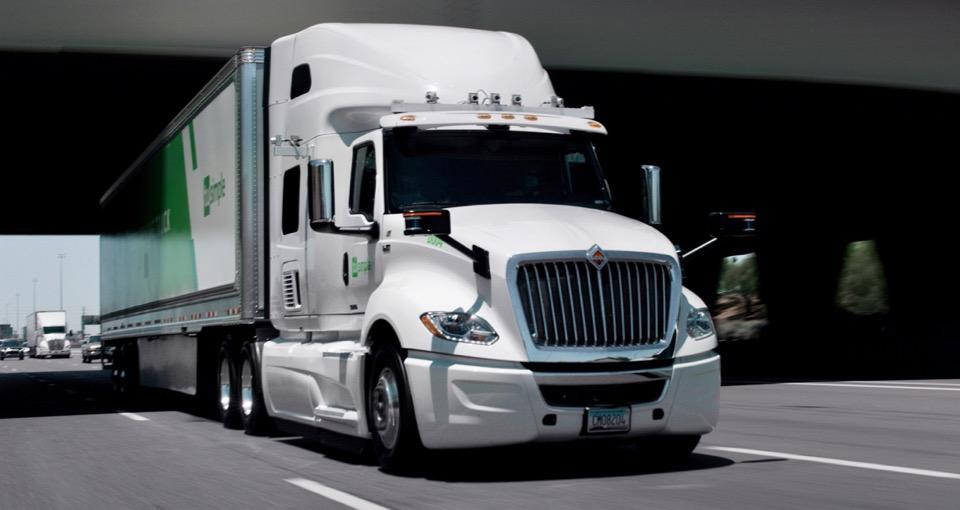 that it has received 6,775 reservations of the SAE Level 4 autonomous trucks in partnership with Navistar, and Penske Truck Leasing, Schneider, and U.S. Xpress are among the first customers to place orders.

(formerly Plus.ai), a leading company in self-driving truck technology said that it will

the next generation of its autonomous

with the NVIDIA DRIVE Orin system-on-a-chip (SoC). The company plans to roll out this next-generation system in 2022 across the U.S., China and Europe. NVIDIA has been working with Plus and FAW Group for a couple of years now. Back in 2018,

along with Plus.ai and Full Truck Alliance decided to use NVIDIA DRIVE AGX Pegasus to develop a large-scale self-driving truck-hailing service. In September 2019, Plus.ai and FAW Jiefang announced a

to develop autonomous trucks for China. In November 2020, China’s first intelligent truck, FAW J7+, powered by the self-driving technology of Plus, successfully

, a Canadian self-driving trucking startup. It decided to

NVIDIA DRIVE to develop autonomous driving systems for middle-mile short-haul routes. NuPort is working with the Ontario government as well as Canadian Tire on a pilot project to accelerate the commercial deployment of this technology.

is also using the end-to-end NVIDIA DRIVE platform for the development of autonomous transport solutions and next-generation Level 4 trucks. Back in June 2019, Volvo Group first

announced that its next-generation of groundbreaking Pods will

the NVIDIA DRIVE AGX Orin autonomous vehicle computing platform to handle high-speed, unmanned operations. Although not categized as a conventional truck, Einride Pod is the first vehicle of its kind, enabling heavy freight operation that is completely unmanned and 100% electric.

Disclaimer: The author has no position in any stocks mentioned. Investors should consider the above information not as a de facto recommendation, but as an idea for further consideration. The report has been carefully prepared based on information provided in Nvidia’s earning reports, annual reports, website, and blogs. Any exclusions or errors in it are totally unintentional. ATA estimates that trucking industry was $791 in 2019.