LEIGH hopes of a first Super League win were sunk by Ryan Hall's late try going down 34-28 to Hull KR in a dramatic roller-coaster of a game.

Rovers played for nearly 20 minutes of the second half with only 12 men and were briefly down to 11 after yellow cards for forwards Albert Vete and George Lawler.

But Shaun Kenny-Dowall's second try of an exciting spectacle and Hall's latest touchdown to extend his lead as the competition's top try-scorer ensured Rovers went above rivals Hull FC to fifth in the table on win percentage.

Even then Leigh skipper Liam Hood then had a potentially equalising try disallowed for offside.

Kurt Haggerty's home side surely cannot come any closer to breaking their duck than this. They scored the first and last tries of the opening period but four in reply gave Rovers an 18-10 interval lead.

The advantage could have been greater but ex-Centurion Ben Crooks missed three conversions.

Leigh shrugged off the loss in the warm-up of injured forward Nathan Mason to make a turbo-charged start. 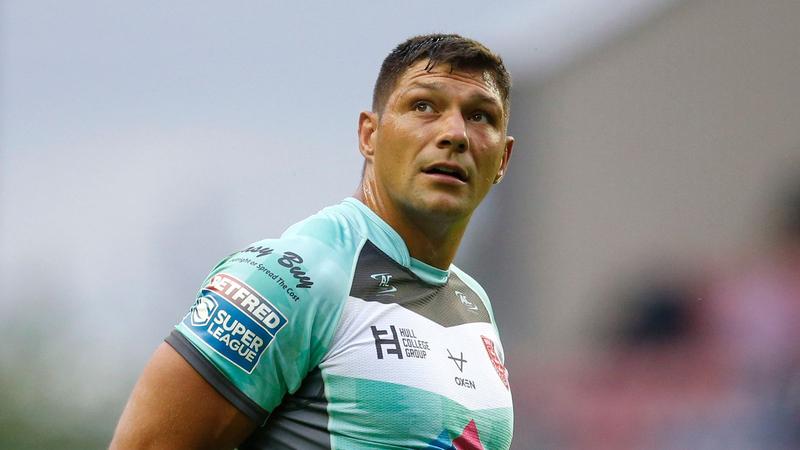 But Leigh could not sustain their momentum, reverting to type this season by becoming too easy to score against.

And it was young half-backs Rowan Milnes and Mikey Lewis at the heart of a Rovers revival that brought 14 points in seven minutes.

Kane Linnett and Greg Minikin profited from intervention by Milnes, the youngster's second angled kick plucked out of the air by Brad Takairangi for his winger to run round the short side and touch down.

Then it was Lewis' turn, providing the pass assist for Kenny-Dowall's 23rd minute try before showing and going himself for a 34th minute try to make it 18-4.

A try by Craig Mullen which he also converted dragged Leigh back into contention before the interval.

That lead though quickly evaporated as Tongan giant Vete was sin-binned for a shoulder charge on Matty Gee.

Korbin Sims' high lunge on Mellor was fortunate not to receive the same punishment but there was no reprieve for Lawler when he went high on loanee Josh Eaves.

Leigh made the two-man advantage tell when Sa'u dashed in for a second try. And though Vete returned, Lewis was forced off with a head injury.

Kiwi ace Kenny-Dowall tied the scores with his own second try after 67 minutes before Hall went over late on to seal a stunning win.