A Memoir of Love and Labor

Whenever I tell my Chinese grandfather that I love him, he pats me on the back and says, “OK.” Sometimes I get a smile and a nod. I’ve never heard him say “love” out loud, but I do know that when I fall asleep in his living room after a home-cooked meal, I wake up with two duvets stacked on top of me. I know that when I get into my car, he yells, “Seatbelt!” and fills my trunk with rice crackers, pineapple cakes and oranges. When love is not explicitly expressed, you learn to look for it. Anna Qu’s “Made in China” and Ly Tran’s “House of Sticks” capture the confusion and wonder of lives spent looking. 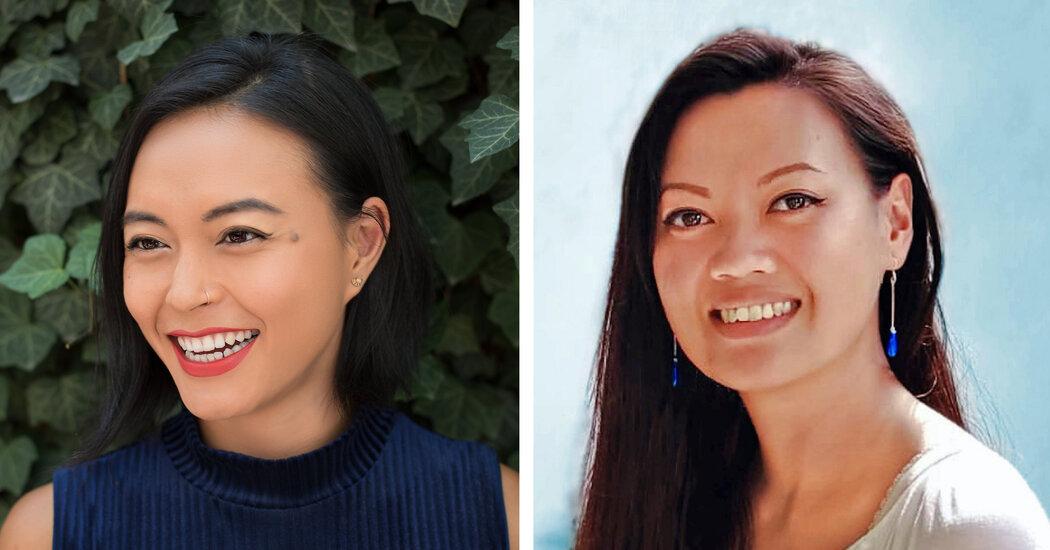 Both tell the stories of Asian-born girls who immigrate to New York and are exposed early on to sweatshop conditions in Queens; Qu trims loose threads off sleeves in her family’s garment factory, while Tran assembles cummerbunds on her living room floor. Their parents are emotionally and physically abusive; ceramic bowls and wire hangers become weapons, and pointed words instill a sense of worthlessness and shame. Though both make it to college, neither can shake the feeling that she’s undeserving. The skeletons of their stories run parallel, yet each voice and life is its own. Tran fluctuates between tenderness and quiet rage, while Qu’s narrative is laced with bitterness and aching.

As Asian Americans are lumped into a monolith, I savor the details that distinguish Qu’s and Tran’s joys. Qu loves reading R. L. Stine’s “Goosebumps”; Tran is moved to tears by Toni Morrison’s “The Bluest Eye.” Qu and her grandfather “had chopstick fights over the last piece of pig’s heart” and Tran froze cartons of chocolate milk to then “dig my spoon into the sweet, icy shards.” Qu was soothed to sleep by the “click and rumble of plastic tiles mixing on an old mahjong table,” while Tran made a home for a cockroach inside the walls of her hands. Both note the intricacy of identity: the cultural gap between Qu’s Taiwanese stepfather and her mainland, Mandarin and Wenzhounese-speaking mother; the complications of assimilation for Tran’s parents, mocked by other Vietnamese Americans for speaking the Teochew Chinese dialect.

For each author, childhood means powerlessness, fueled by their parents’ unpredictable cruelty. At 8 Tran has myopic vision, but her father refuses to get her glasses, believing nearsightedness is a government conspiracy. “I wasn’t fine,” Tran writes of the blurry blackboards and headaches. “I had no one to turn to; it never occurred to me that I should tell anyone at school.” Qu also suffers, spending hours at the factory after school, breathing in lint, her calves swollen from standing. At night, she braces herself against her mother’s temper, punished when the blinds aren’t dusted properly.

It seems simple; if you need help, seek it out. But Qu and Tran fear that reaching out will make things worse, surrendering to systems they instinctively distrust. When Tran breaks down and confesses her blindness to the school, her counselor reports a case of child neglect to the Administration for Children’s Services without Tran’s permission. A.C.S. officials arrive at Tran’s door, and that night her father’s war-strewn nightmares return. Tran blames herself for his mental upheaval and bursts through her counselor’s door. “You didn’t even try to understand,” Tran says. “He spent almost a decade in prison. He isn’t right in the head. He was never trying to hurt me. He just doesn’t know any better.”

Most striking is these young girls’ precocious awareness that Western authority figures lack the capacity to view their immigrant parents as complex individuals with difficult pasts, reducing cultural differences and trauma responses to bad parenting. Qu also confides in her school guidance counselor, Mrs. V., who then makes an anonymous call on her behalf to child services. “Mrs. V. had a Queens accent and little to no understanding of what it meant to be Chinese and grow up Chinese American,” Qu writes. “She was ignorant to what my parents had to overcome and the kind of pressure I felt. ... She listened, but many things remained impossible.”

The immigrant child longs to be understood and unload her truths, while simultaneously being tasked with preserving her parents’ humanity. The child is the only one who wears a small headlamp, attempting to tunnel into her parent’s pasts and excavate the stories that will locate the source of their erratic behavior, buried fear and sporadic violence, providing a more forgiving lens. Tran’s father “beat us when we didn’t understand our math homework. He’d give us equations to solve before we went to bed at night and test us on them in the morning.” An outsider might call this tiger parenting, but Tran learns that her father’s math skills — which landed him a job “plotting coordinates for bombs” in the Vietnam War — “saved him from going out onto the battleground and getting shot.” So, she realizes, “it wasn’t just a question of understanding numbers. He was trying to save our lives.”

Qu’s mother is a daunting figure, domineering, capricious, dismissive, bent on souring the energy at home. “No one cares about you,” she tells Qu. “Do you think you would be here if it wasn’t for me? Do you know how lucky you are?” But later Qu gives us a scene in which her mother, arriving in the United States, sits alone on the floor eating a peanut butter sandwich. She shows us the way her mother pronounces “cel-bry-tion.” Qu must reckon with this ongoing dissonance, when the villain suddenly softens and shrinks, disarmed and disoriented in a society that often infantilizes her, mistaking fragmented English for lack of intelligence. Similarly, in the nail salon where they work, Tran watches “my mother, now in her 50s, hunching over the pedicure bowl, hands trembling, unable to understand, unable to communicate,” and it “was almost more than I could bear.” This is the parent the child feels a duty to protect.

The struggle for both authors seems to be holding all of these conflicting emotions at once. To shield the parent while escaping her. To forgive abuse without excusing it. To be grateful for their sacrifice and still say, I needed more than you gave me. Qu and Tran each honor these complexities, tell us we were not meant to swallow our pain and survive in this world without support systems. You are allowed to want, to give shape to your sadness, to seek lives that stretch past the walls you grew up in. They speak of their parents’ flaws, not to incriminate, but to prevent these patterns from repeating. Love, although never overt, is not absent. It lives in the scent of “garlic, lemongrass, star anise, paprika and chili oil,” and in the sound of Tran’s mother saying, “I’ll make you a bowl.”