Since 1984, apple computer has reduced the number of inquiries to users. And the trend has become more and more obvious since then. People complain about it all the time. It's convenient for some users, but it's a violation of choice for others. (You can see this by comparing iOS with Android.) Steve Jobs once said that a "BURN" button would suffice for the iDVD interface.

Apple launched the apple data detectors in 1997. It can help read SMS and data about appointment arrangement. Is the AI technology that can help you do these things still AI? Should AI have a standard algorithm? In fact, this problem is meaningless for users who only pursue convenient and fast operation? That seems to be the way apple looks at AI on its devices. In IOS 10, apple infiltrates AI into every bit of the interface. Sometimes it does, but most of the time it's just an upgrade to an old version or an addition to an existing application. Apple does seem to see AI only as "a kind of calculation.".

At the same time, Apple has been bluntly calling on the company not to collect and analyze user data. And publicly claiming that Apple will not provide any such services. One of the characteristics of neural network is that its training . You can train a neural network by using large-scale image sets on the "cloud". Then load it onto a mobile phone. In this way, you can use local data to run the network. This is the same as Apple's claim that it has also applied this technology. But the problem is that users don't need to train the system to recognize mountains. Apple's app interface allows developers to run untrained neural networks with a graphics processor. For other services, "differential privacy" is implemented. Even if the data is collected and analyzed on a large scale. The user can identity corresponding to the data can not be found. 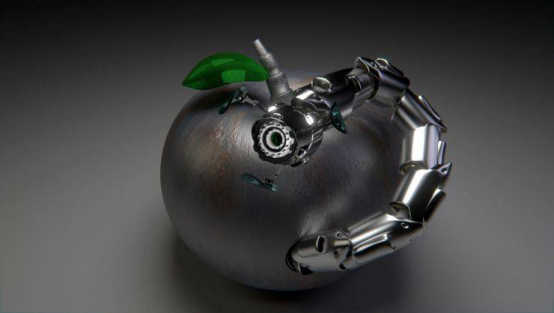 Apart from user privacy, we can clearly see that the field of AI has developed rapidly in recent years. It is difficult to say who is going to spend. Although the major computer technologies around AI technology have been published and open source. The operation is not cumbersome - technology does not necessarily become a commodity. This is very different from the way Apple designs chips. Since acquisition of PA semi, Apple has taken the design of SOC. Now it designs an exclusive chip for mobile phones. The chip undoubtedly leads the market. But it is still uncertain whether Apple has put AI on the same position.

The application on its platform will eventually apply AI technology to API. For example, the location-based function of mobile phones was still whimsical. And mobile communication companies predicted the revenue of "location-based service". GPS and WiFi search services make location-based services no longer a question. Although location has become an API -- a database lookup service. And another conditional sentence, it provides a wide range of services. On the basis of it, the further development is the application like Uber or LYFT. Their positioning service is more useful for providing geographic location. But it is by no means indispensable. It can be seen that only machine learning can make some products possible.

On this basis, the trend of apple

Therefore, apple provides image recognition service, smart keyboard. And conference venue recommendation service in calendar program is also provided. All show that Apple spreads AI technology in various services. It is just like the above-mentioned location-based services. There are still some technologies that are about to be converted into commodities.

The powerful influence of AI

To talk about AI technology we must understand that the broad concept. It is true that we have developed a series of new advanced tools. But AI is not the master key to solve all problems. By analyzing data pools we may not be able to gain unique insights.