We sat down with the head of Microsoft’s Flight Simulator Jörg Neumann,

who explained the intricacies of the Sim and how Asobo Studio is aiming to make the world as accurate as possible.

is an ambitious venture into the skies and gives players the opportunity to pilot a plane across the world, from the Himalayan mountains to the streets of Tokyo. The game expresses almost unparalleled visuals to give players one of the most realistic experiences.

The game has recently been ported over to the

, giving even more people the chance to experience the game and get a chance to visit countries across the world.

Head of Microsoft Flight Simulator, Jörg Neumann, spoke to Trusted Reviews about how they aimed to make the game as realistic as possible, even getting outside help from players around the world.

Is the Flight Simulator meant to be as accurate as possible to the real world?

“The dream always was to have a full representation of the earth. It was just that Chicago was like three little, you know, rectangles that were Chicago. So it wasn’t really for the regular consumer. It wasn’t really all that compelling to go explore, but now, you can fly to some quarters or something and it looks exactly like it,” says Jörg Neumann, head of Microsoft Flight Simulator.

“And if you ever consider going on vacation, you can actually go check it out. Now you can land your plane, check out the beaches. I mean, it’s never been possible before.”

As a simulator, the game encourages players to fly around and explore the world while getting used to the controls, there isn’t an end goal.

What has been done to make it more accurate?

“When you think about a map, what’s on a map? Well, text is actually what most maps have. And so we added labels, we’re back while the backend is B maps, which is just a map app,” Neumann goes on to say.

“So we started to add labels of cities and the mountains and rivers and oceans. And as you fly around, now you actually learn and retain information about the world.”

Back 4 Blood: All the gory details on the co-op shooter 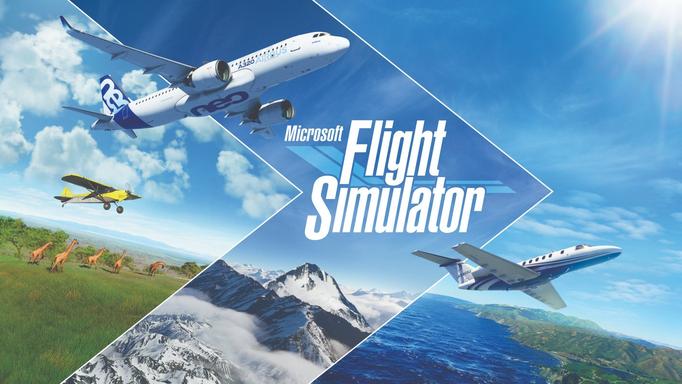 “I learned since we launched there are satellites that actually changed their tracking cameras to capture a kilometre grid to track thunderstorms. We don’t have that. But it sounds cool. Yeah, so if we can get one kilometre of thunderstorms, heck yeah, why not?”

The game emulates the weather through public data collected in different countries as a basis for what the game should look like.

“The world is full of sensors… and I mean, like my phone is a sensor, cars have a lot of sensors, my front door sensors, the sensors literally everywhere,” Neumann said. “So you can find things like entire arrays of 12 satellites that do nothing other than wildfire tracking, and that data is actually all public.”

“And we can have any data stream coming in really, like if you really wanted to get waves or something with cars driving around where the accidents are, there’s nothing really preventing us from doing it. So I think authenticity is a big deal.”

Do you ever get help from players on how to make it more accurate?

“I mean, we get literally messages from pilots in the air sending us videos of, ‘Hey, I’m in a 320 I’m over the ocean, the air conditioner just kicked in. This is what it sounds like because it doesn’t sound right in the Sim’,” Neumann went on to say.

“For example, just this week, the number one item that came from nowhere, and it came from zero, is Chinese language support. I’m reading this. I’m like, yep, alright, so what’s it gonna take to get this over to Chinese? So that’s how we run the project.”

Players across the world seem to have a keen interest in getting the Sim to reach its full potential, giving the developers something to work on to make the game more accurate for each update.

“And just that, there’s no experience I’ve ever had, that is anything like this, where the world is coming to you to help you make yourself better.But it’s beautiful. Like, if you really think about it, I think it’s that our community is helping us build a world. And because it’s all of our shared worlds. And getting that as authentic as we can is a great endeavour to be on.”

“That is how this kind of deal works. We’re getting, I wouldn’t say bombarded, but we’re getting many, many emails with lots and lots of authentic things. And we are trying our best to get all that integrated to make this the perfect sim.”

If you enjoyed this interview with Jörg Neumann, then be sure to keep an eye on Trusted Reviews in the coming weeks, as we’ll be posting weekly content from our discussion regarding Microsoft Flight Simulator.