Virtual interaction processes must be controlled in one way or another. But how, within what limits and, above all, on the basis of what principles? The proponents of the official viewpoint – supported by the strength of state structures – argue that since the Internet has a significant and not always positive impact not only on its users, but also on society as a whole, all areas of virtual interaction need to be clearly regulated through the enactment of appropriate legislation.

In practice, however, the various attempts to legislate on virtual communication face great difficulties due to the imperfection of modern information law. Moreover, considering that the Internet community is based on an internal “anarchist” ideology, it shows significant resistance to government regulations, believing that in a cross-border environment – which is the global network – the only effective regulator can be the voluntarily and consciously accepted intranet ethics based on the awareness of the individual person’s moral responsibility for what happens in cyberspace.

At the same time, the significance of moral self-regulation lies not only in the fact that it makes it possible to control the areas that are insufficiently covered, but also in other regulatory provisions at political, legal, technical or economic levels. It is up to ethics to check the meaning, lawfulness and legitimacy of the remaining regulatory means. The legal provisions themselves, supported by the force of state influence, are developed or – at least, ideally – should be implemented on the basis of moral rules. It should be noted that, although compliance with law provisions is regarded as the minimum requirement of morality, in reality this is not always the case – at least until an “ideal” legislation is devised that does not contradict morality in any way. Therefore, an ethical justification and an equal scrutiny of legislative and disciplinary acts in relation to both IT and computer technology are necessary.

In accordance with the deontological approach to justifying web ethics, the ethical foundation of information law is based on the human rights of information. Although these rights are enshrined in various national and international legal instruments, in practice their protection is often not guaranteed by anyone. This enables several state structures to introduce various restrictions on information, justifying them with noble aims such as the need to implement the concept of national security.

It should be stressed that information legislation (like any other in general) is of a conventional nature, i.e. it is a sort of temporary compromise reached by the representatives of the various social groups. Therefore, there are no unshakable principles in this sphere: legality and illegality are defined by a dynamic balance between the desire for freedom of information, on the one hand, and the attempts at restricting this freedom in one way or another.

Therefore, several subjects have extremely contradictory requirements with regard to modern information law, which are not so easy to reconcile. Information law should simultaneously protect the right to free reception of information and the right to information security, as well as ensure privacy and prevent cybercrime. It should also promote again the public accessibility of the information created, and protect copyright – even if this impinges on the universal principle of knowledge sharing. 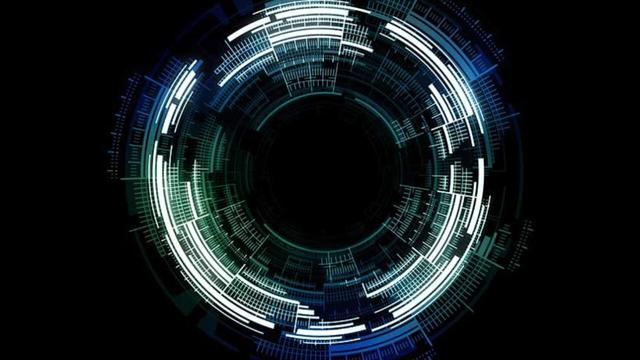 The principle of a reasonable balance of these often diametrically opposed aspirations, with unconditional respect for fundamental human rights, should be the basis of the international information law system.

Various national and international public organisations, professionals and voluntary users’ associations define their own operation principles in a virtual environment. These principles are very often formalised in codes of conduct, aimed at minimising the potentially dangerous moral and social consequences of the use of information technologies and thus at achieving a certain degree of web community’s autonomy, at least when it comes to purely internal problematic issues. The names of these codes do not always hint at ethics, but this does not change their essence. After all, they have not the status of law provisions, which means that they cannot serve as a basis for imposing disciplinary, administrative or any other liability measures on offenders. They are therefore enforced by the community members who have adopted them solely with goodwill, as a result of free expression based on recognition and sharing of the values and rules enshrined in them. These codes therefore act as one of the moral self-regulating mechanisms of the web community.

The cyberspace codes of ethics provide the basic moral guidelines that should guide information activities. They specify the principles of general theoretical ethics and are reflected in a virtual environment. They contain criteria enabling to recognise a given act as ethical or unethical. They finally provide specific recommendations on how to behave in certain situations. The rules enshrined in the codes of ethics under the form of provisions, authorisations, bans, etc., represent in many respects the formalisation and systematisation of unwritten rules and requirements that have developed spontaneously in the process of virtual interaction over the last thirty years of the Internet.

Conversely, the provisions of codes of ethics must be thoroughly considered and judged – by their very nature, code of ethics are conventional and hence they are always the result of a mutual agreement of the relevant members of a given social group – as otherwise they are simply reduced to a formal and sectorial statement, divorced from life and not rule-bound.

Despite their multidirectionality due to the variety of net functional abilities and the heterogeneity of its audience, a comparison of the most significant codes of ethics on the Internet shows a number of common principles. Apparently, these principles are in one way or another shared by all the Internet community members. This means that they underpin the ethos of cyberspace. They include the principle of accessibility, confidentiality and quality of information; the principle of inviolability of intellectual property; the principle of no harm, and the principle of limiting the excessive use of net resources. As can be seen, this list echoes the four deontological principles of information ethics (“PAPA: Privacy, Accuracy, Property and Accessibility”) formulated by Richard Mason in his article Four Ethical Issues of the Information Age. (“MIS Quarterly”, March 1986).

The presence of a very well-written code of ethics cannot obviously ensure that all group members will act in accordance with it, because – for a person – the most reliable guarantees against unethical behaviour are his/her conscience and duties, which are not always respected. The importance of codes should therefore not be overestimated: the principles and actual morals proclaimed by codes may diverge decisively from one another. The codes of ethics, however, perform a number of extremely important functions on the Internet: firstly, they can induce Internet users to moral reflection by instilling the idea of the need to evaluate their actions accordingly (in this case, it is not so much a ready-made code that is useful, but the very experience of its development and discussion). Secondly, they can form a healthy public in a virtual environment, and also provide it with uniform and reasonable criteria for moral evaluation. Thirdly they canbecome the basis for the future creation of international information law, adapted to the realities of the electronic age.

Tags： what are the ethical issues in information technology,