Sony introduced a much-requested PS5 feature this week, when the company announced that users would soon be able to crack open the system and add their own SSDs. While adding your own M.2 SSD is currently available only to PS5 system software beta users, this feature will almost certainly filter down to a mainline software update in the near future. And when that happens, you should be prepared for a process that’s, charitably speaking, a real pain in the rear.

post that details the process presents a fairly straightforward and jargon-free explanation, there’s no denying that adding your own M.2 SSD to the PS5 sounds incredibly complicated. The “M.2 SSD requirements for PS5 consoles” section is 500 words long, and requires users to parse information like “cooling structure,” “sequential read speed” and “socket type.”

To be scrupulously fair, installing an SSD expansion in a PS5 seems manageable for any reasonably tech-savvy user. If you can follow a set of (very specific) instructions and wrangle a screwdriver, you can probably do it without too much difficulty. And if you’ve ever

installed an M.2 SSD on a PC

, the process here is no worse. But after reading through Sony’s highly technical post, I couldn’t help but think about the comparable process on the Xbox Series X. To expand SSD storage on Microsoft’s latest console, you buy a proprietary card and plug it into the back of your machine. That’s it. 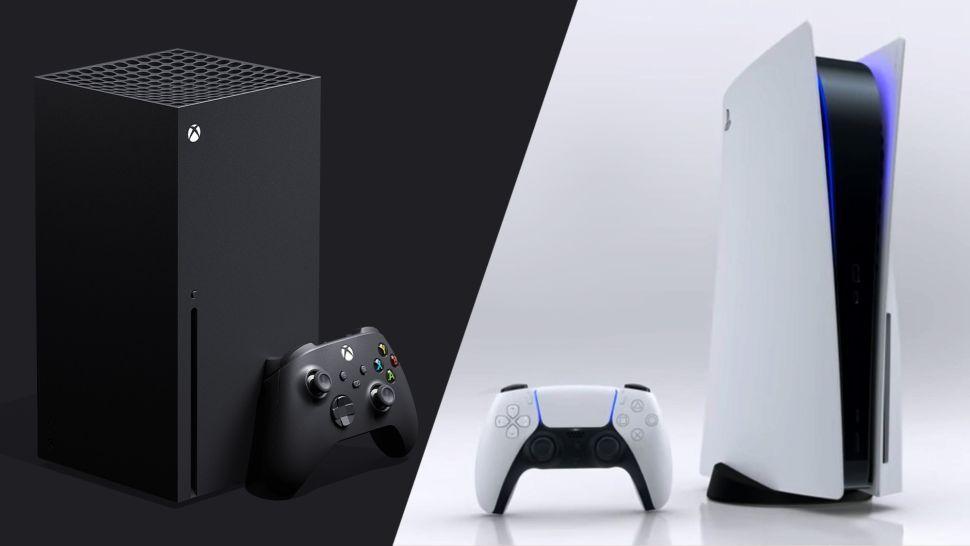 Suppose you own both a PS5 and an Xbox Series X. On the one hand, that makes you extremely lucky; on the other hand, it also means that you probably enjoy console gaming a whole lot. A person like you probably has huge libraries on both systems, particularly once you take backwards compatibility into account. That means that the 825 GB SSD on the PS5 and the 1 TB SSD on the Xbox Series X may not be large enough to hold all of your games.

For argument’s sake, we’ll pretend that this scenario takes place a few months in the future, when the PS5 SSD expansion functionality is available to all users. The first thing you’ll have to do is research what kind of SSD to buy. You’ll need a PCIe Gen4 x4 M.2 NVMe SSD — and if you don’t know what that means, you’ll have to look it up. You’ll have to ensure that your model has a heatsink, and if it doesn’t, you’ll have to research and purchase your own heatsink separately. You must ensure that the device has a sequential read speed of at least 5,5000 MBps, that it measures 22 mm in width, and that its form factor is a type 2230, 2242, 2260, 2280 or 22110. You’ll also need to accept that you can’t play every single game you own on this SSD, since the PS5’s internal SSD simply works better with certain games, according to Sony.

Once all that’s done, you’ll then need to open up your PS5, remove a screw and a spacer, align your SSD, screw it in, and put the console back together. If you didn’t install it correctly, you’ll have to go through the whole process again.

Compare and contrast to the Xbox Series X. If you want to expand your storage, you can buy the Seagate Storage Expansion Card for Xbox Series X/S. It costs $220, and offers 1 TB of space. To install the device, you take it out of the box and plug it into a proprietary port on the back of your console. That’s it.

Granted, you could argue that the PS5’s expansion setup still offers certain advantages. You can choose how much storage you want; you’re not locked into a single brand of SSD; you could theoretically spend a lot less money. And yet, while the PC gamer in me applauds Sony’s openness, the console gamer in me can’t help but think that Microsoft has the right idea this time around.

While Microsoft’s SSD expansion is admittedly very expensive, it also plays into what consoles do best. Unlike PC gaming, console gaming is about simplicity and straightforwardness. You don’t have to construct a whole machine, install an OS and choose a digital storefront; you just boot up the machine and you can pretty much play whatever you want. As such, a plug-and-play SSD expansion makes a lot of sense, on a philosophical level. While there are plenty of console gamers who feel perfectly comfortable researching M.2 SSDs and brandishing a screwdriver, simply taking an accessory out of the box and plugging it in feels like a perfect distillation of how the Xbox Series X is easier than a PC.

For what it’s worth, however, I’m not running out to buy either a PS5 or Xbox Series X SSD expansion. I’m perfectly content to download a game, play it to completion, and delete it off of my hard drive when I’m done. However, this may not be feasible for gamers who have poor Internet connections, or Draconian data caps. SSD expansions are admittedly quite useful if you can’t download whatever you want, whenever you want.

Personally, I don’t mind the process of installing an M.2 SSD. Researching one that would work perfectly with the PS5, on the other hand, sounds fairly demanding. While I’d love to be wrong, I can almost guarantee that some people will buy the wrong SSDs for their PS5s, opening the doorway for an exacerbating process of returns and exchanges. Others will install the devices incorrectly, neglect to purchase discrete heatsinks, or simply be left to wonder why some games work on their new SSDs, and others don’t. Say what you will about paying $220 for 1 TB of storage, but an Xbox expansion card would never do this to you.

In the end, Tom’s Guide can’t make any definitive recommendations until we’ve had a chance to test the PS5 M.2 SSD installation process for ourselves. But at least on paper, it looks like Xbox consoles offer a much simpler — albeit more limited — approach to expanding your console storage. Then again, if expanding PS5 storage inadvertently creates a whole new breed of DIY part-swappers, perhaps that will be its own reward.

Marshall Honorof is an editor for Tom's Guide, covering gaming hardware, security and streaming video. After hours, you can find him practicing taekwondo or doing deep dives on classic sci-fi.