was designed to be the universal de facto connector standard for delivering power and data to, from and between devices. You can see it on the latest smartphones, and laptops with increasing adoption by more device manufacturers. From high-end smartphones to budget ones, high-end laptops to budget ones, TVs and monitors. USB-C ports are popping off everywhere.

USB-C is a reversible connector in the sense that there is no wrong end and it is also symmetrical being that anyhow you plug it, it still goes in. This is in addition to the immense potential it has with its compatibility with

Furthermore, with support for

DisplayPort 2.0, you can output 8k video with USB-C Alternate Mode

(Alt Mode) connection with a better refresh rate provided it is supported. 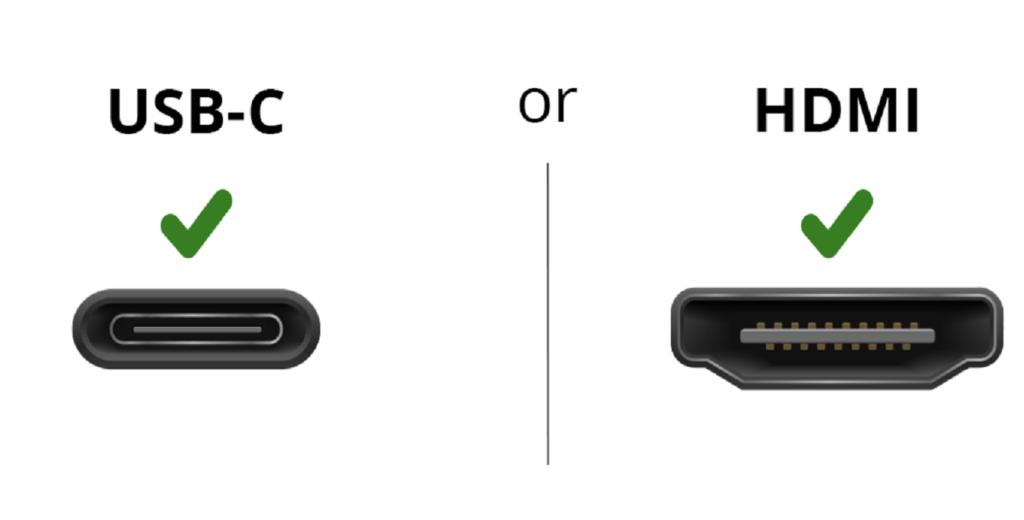 ‘s 4K at 120Hz. This is because HDMI 2.1 has a max bandwidth of 48Gbps compared to DisplayPort 2.0’s 77.37Gbps. Also, via a USB-C connector, DisplayPort 2.0 allows devices to output to two displays without using an adapter thanks to MST (Multi Stream Technology) that way it natively offers more configuration options.

The discussed bandwidth is more of an on-paper feature as it is unlikely you’ll find a device that is capable of that max bandwidth (HDMI 48Gbps or DisplayPort 77.37Gbps) and even if they do finding a compatible device that can fully make use of it is another issue. However. more bandwidth means more pixels at higher fidelity, faster refresh rate, HDR support at higher resolution and other nice features. Nonetheless, Monitors and GPUs (most likely the Nvidia Lovelace and AMD RDNA 3) that support DisplayPort 2.0 are not coming out until later this year. Realistically, the full potential of the DisplayPort 2.0 isn’t supported for now but you can expect it to be better than the HDMI 2.1 standard when it is.

5 Uses Of an HDMI Cable and how to get one

The fact that DisplayPort 2.0 supports USB-C alt mode is a testament that USB-C is the future. However, there are lesser setups that support USB-C as a video signal port and considering

has been the standard for nearly two decades it is generally supported by more devices. Currently, USB-C alt mode allows devices to output video signals to HDMI ports on displays without using any adapter. However, USB-C alt mode is not as ubiquitous and it only supports HDMI 1.4b features so you don’t get the full features of displays that have HDMI 2.0 and higher.

At the end of the day, HDMI is still the established video signal port on TVs, monitors, gaming consoles, projectors and others. Even as USB-C ports are gaining ground, it is more for powering devices than as a video interface where it might pose more threat to replacing HDMI. Whereas, several devices like PS5. Microsoft Xbox Series, 4K TVs and high-end monitors that don’t support USB-C ports as a video interface will take more time to leave households they are in.

On the other hand, manufacturers will take a considerable financial commitment to switch from HDMI to USB-C as the port for video signal delivery. Is USB-C the future? Yes. But is it going to replace HDMI anytime soon? No.