While we're all glued to our screens watching the

at the start of the month, there's plenty to keep you entertained after the closing ceremony. (By the way, if you

before the end of August, you’ll get two months for the price of one.)

Kaley Cuoco will charm you in The Flight Attendant, while fans of

A Discovery of Witches

will be doing some Olympic binge-watching themselves. Then there are the latest seasons of Batwoman, The Flash, DC's Legends of Tomorrow and Supergirl, plus the horror smash-hit Midsommar to keep you on the edge of your seat.

Showmax’s first Original true-crime documentary series, Devilsdorp investigates the 11 Krugersdorp Killings between 2012 and 2016, separately known as The Appointment Murders and the Satanic Murders, and how they were all traced back to the Electus per Deus (Chosen by God) cult.

The four-part series has scored five stars from the likes of News24 and Rapport, and four stars from Beeld, Die Burger and Volksblad.

Showmax Originals’ first international reality TV series format, Temptation Island SA, hits our screens this month. The ultimate relationship test, Temptation Island South Africa follows couples at a crossroads in their relationship, where they must mutually decide if they are ready to commit to one another for the rest of their lives — or go their separate ways.

Together, the couples experience a luxurious holiday in paradise (aka Knysna), where they live separately - with 20 sexy single men and women who are looking for love. This last taste of the single life is meant to help answer their most difficult questions about their relationship, like, “Are we meant to be?” and “Is there someone better out there for me?” Stream on Thursdays from 26 August.

A Discovery of Witches S2

Adapted from Deborah Harkness’s bestselling All Souls trilogy, A Discovery of Witches is a vampire-meets-witch story of forbidden love, starring Matthew Goode (Downton Abbey) and Teresa Palmer (Warm Bodies). In Season 2,the star-crossed lovers are hiding out in the year 1590 while Diana learns to control her magic.

Season 2 has an 87% critics rating on Rotten Tomatoes, where the critics consensus praises the leads’ “infectious chemistry” and the show’s “visual splendour.”

HBO comedy-drama The Flight Attendant stars Kaley Cuoco (The Big Bang Theory) as reckless flight attendant Cassie Bowden, who wakes up in the wrong bed, with a dead guy beside her, and no idea what happened.

It was nominated as Best Comedy Series and Kaley as Best Actress at the 2021 Emmy, Golden Globe and Critics' Choice Awards. At the Emmys, it’s up for seven more awards, and has already been renewed for a second season. Binge from 5 August.

Bryan Cranston (Breaking Bad) stars as a New Orleans judge who is forced to confront his own deepest convictions when his teenage son Adam (Hunter Doohan) is involved in a hit and run linked to an organised crime family. As a storm of vengeance, lies and deceit threatens to engulf the entire city, he faces a series of increasingly impossible choices and discovers just how far an honest man will go to save his son’s life. Binge from 5 August.

The second season of the superhero drama Batwoman swoops onto our screens this month, and withKate Kane missing in action, a new heroine has to take up the mantle to bring hope to Gotham. 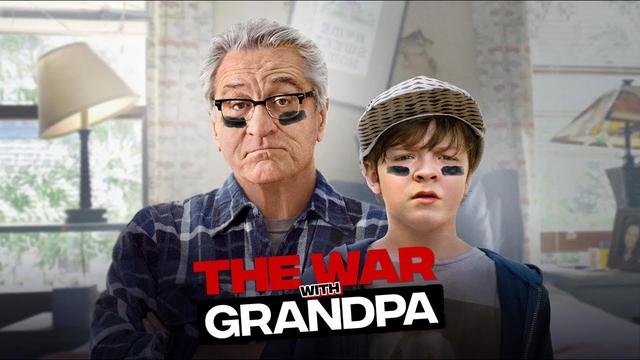 Actress Javicia Leslie (God Friended Me) makes history as the first black actress to play Batwoman in a live-action series, following Ruby Rose’s exit due to a back injury. Javicia’s Ryan Wilder is nothing like Kate Kane, bringing a whole new feel to the series. Athletic, raw, passionate, fallible and even goofy, Ryan is not your stereotypical all-American hero, but she could be exactly what Gotham needs. Binge from 13 August.

With his wife missing, Eva McCulloch on the rampage, and Barry fresh out of “flash”, the team has their work cut out for them this season as they wrap up the dangling threads from the abruptly shortened Season 6, before taking on a new story arc kicked off by Abra Kadabra, hellbent on revenge. Binge from 13 August.

DC’s Legends of Tomorrow returns to the show’s sci-fi roots in Season 6 when Caity Lotz (Sara Lance) is abducted by time-travelling aliens. The series has an 89% critics score on Rotten Tomatoes, with Season 6 finally cracking that elusive 100% score. Binge from 13 August.

Multi-award-winning series Supergirl is gearing up for its final showdown. The first seven episodes of the final season are coming now, with another 13 (!) due towards the end of the year, since not even superheroes are immune to the global pandemic. Last season’s cliffhanger means Supergirl (aka Kara Danvers, played by Melissa Benoist) will face her nemesis, Lex Luthor (Two and a Half Men’s Jon Cryer), this season. Binge from 13 August.

In Midsommar, a troubled couple travels to Sweden to visit a rural town's fabled midsummer festival. But what begins as an idyllic retreat quickly devolves into an increasingly violent and bizarre competition at the hands of a pagan cult. Florence Pugh stars in this horror that won five 2020 Fangoria Chainsaw Awards. First on Showmax from 12 August.

Pinocchio stars Oscar winner Roberto Benigni (Life is Beautiful) as the old woodcarver Geppetto whose puppet creation magically comes to life. Naive and curious, Pinocchio tumbles from one misadventure to the next as he is tricked, kidnapped and chased by bandits on his quest to become a real boy. Pinocchio was nominated for two 2021 Oscars. Watch from 9 August.

Less-than-popular teenager Millie unintentionally switches bodies with the middle-aged serial killer terrorising her town. As the body count rises and the clock ticks down, Millie and her friends have less than 24 hours to stop the murderer before the change becomes permanent.

Psychological thriller Run stars Sarah Paulson and introduces Kiera Allen as a homeschooled, wheelchair-bound teenager who begins to suspect her mother is keeping a dark secret from her. Kiera is the first female wheelchair-using actress to star in a suspense film since 1948. Run has an 88% critics rating on Rotten Tomatoes. Stream from 23 August.

Twenty-year-old Othmane Zolati had never left his home country of Morocco when he started his nearly four-year journey to Cape Town with just $80, a small backpack, and a borrowed cheap pocket camera.

Africa and I is the story of how Othmane walked, hitchhiked, cycled and skateboarded over 30 000 km through 24 countries. It’s directed by him and Chris Green (Chasing the Sun). Watch first on Showmax from 5 August.

In Five Tiger, a short film that played in competition at this year’s Sundance Film Festival, a god-fearing woman (Ayanda Seoka) finds herself in a transactional relationship with a church leader as she tries to support her daughter and sick husband. It was written and directed by Nomawonga Khumalo, who was inspired by a conversation she had with a Joburg prostitute. Watch first on Showmax from 5 August.

From the Stander Gang to Oscar Pistorius, Taliep Pietersen to Baby Jordan, the SAFTA-nominated documentary series Huisgenoot: Ware Lewensdramas revisits the true-life stories that made the headlines, going behind the story with the people involved, talking to experts, and hearing from the journalists who originally broke the stories in one of SA’s oldest and best-loved publications.

Peter and his grandpa used to be very close, but when Grandpa Jack moves in with the family, Peter is forced to give up his beloved bedroom. He’ll stop at nothing to get it back - but Grandpa doesn’t give up so easily, and it turns into all-out war. The all-star cast includes Robert De Niro, Uma Thurman, Christopher Walken, Jane Seymour and Cheech Marin. Stream from 19 August.