The adoption of digital banking in Asia-Pacific (APAC) emerging markets, especially Vietnam, has caught up with developed markets, according to a recent report on the digital banking behaviours of 20,000 urban banking consumers across 15 APAC markets, including Vietnam.

The report, released by McKinsey, noted that the behaviour change has brought the financial services industry new prospects. The window for seizing opportunities will narrow quickly as consumers give serious consideration to innovative propositions from digital banks. It identified the gap between customers’ interest in digital banking and their actual actions, how banks can better capture opportunities from this gap, and the core technologies that can support banks in doing so. 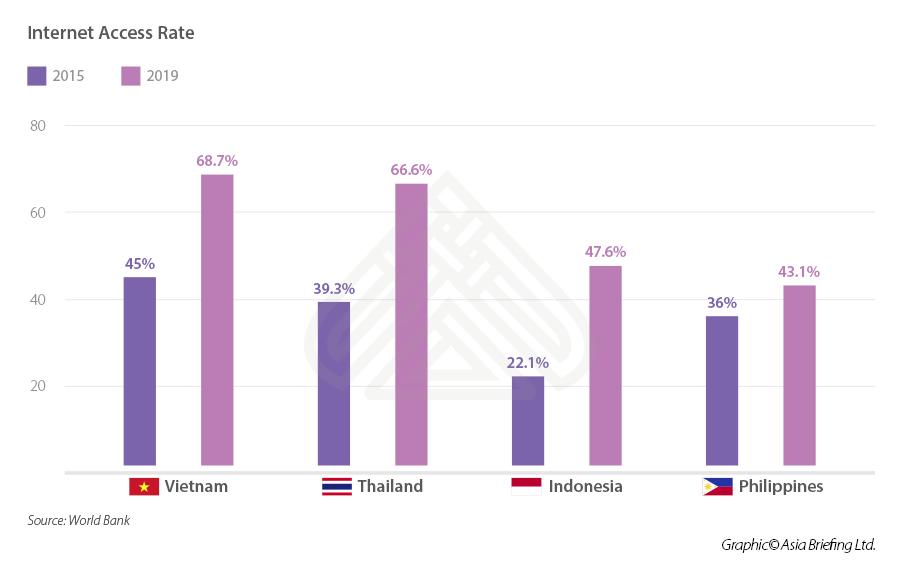 OpenGov Asia reported on a recent study, which surveyed 500 senior banking executives globally. It showed about 67% of the banks believe they will lose market share within two years if they fail to digitally transform. It illustrated the urgent need for banks to modernise their offerings, with 58% of global respondents predicting they will completely cease to exist in the next five to ten years unless they change their business models. Vietnam is witnessing an increase in demand for online and mobile banking services from consumers, which is driving the digital transformation of banks. Online transactions in Vietnam for the first four months of this year jumped 66% compared with the same period last year, which has been accelerated enormously by the pandemic.

The large majority (73%) of Vietnamese consumers are multi-channel banking users. This means they use a combination of digital banks and physical branches. Despite the change in consumer behaviours, banks are not doing enough to capture digital sales, due to limited digital offerings and a lack of meaningful engagements with digital users. Accordingly, three strategic moves banks can consider in closing this gap include rethinking the role of branches. Banks need to strengthen branches’ omnichannel delivery – measuring both financial goals and customer satisfaction.

The McKinsey report suggested they should transform their business model to digital-first, or integrated omnichannel engagement centred on the deployment of artificial intelligence (AI) and machine learning (ML) capabilities. Banks need to deliver intelligent value propositions (automating key decisions and recommending actions), personalised (based on an understanding of customers behaviours), and omnichannel (embed digital banking capabilities within partner ecosystems).

Banks should play the role of a digital attacker (digital-only banks using a cloud-native, low-cost platform) or an omnichannel incumbent to stay competitive. In doing so, they must differentiate their digital value proposition from existing offerings, focus on gaining access to a large customer ecosystem to scale fast, and capture transactions and balances as primary banks. Banks in emerging markets are already leading digital innovation but the market is getting crowded and competitive. To stay relevant, banks should think about building (or acquire) AI/ML capabilities in sales and service, operations, and information technology (IT).

Tags： how information technology is applied in e banking,