The recent release of government documents and videos of 'unidentified aerial phenomena' has fueled interest in the existence of aliens, but the mystery remains"/>

Ron Pellegrino of Parker, Texas, takes a picture of his son, Jacob Pellegrino, in 2017 at the International UFO Museum and Research Center in Roswell during the city’s annual UFO Festival.

The year is 1947, and local KGFL Roswell radio reporter Frank Joyce is playing records on air when suddenly he receives a phone call. On the other line is ranch owner W.W. Brazel, filled with excitement and curiosity. There was “some pretty graphic unbelievable stuff” that had crashed on his property in town.

Joyce rushed to the site, being one of the first reporters on the scene. When he arrived, he saw a swarm of soldiers surrounding a tent. Inside, people inspected what appeared to be children lying on gurneys. A random passerby mentioned to him that the beings were aliens that had crashed and were being examined.

Joyce told KOB-TV in 1979 that he was immediately pushed away before he could investigate more and told to leave the scene.

Experiences like Joyce’s are not uncommon in the U.S. According to ABC News, there were nearly 6,000 alien sightings in 2019 alone. Because of how little humans know about extraterrestrial life, it is normal for people to brush these stories off as fiction. In June, the Office of the Director of National Intelligence gave some validity to speculations by releasing a preliminary assessment of unidentified aerial phenomena (UAPs), affirming they have entered American air space, but admitting U.S. officials do not know their nature nor their intent.

Files of alleged sightings of unearthly beings and their apparatuses have stacked up for years at the Department of Defense. The Advanced Aerial Threat Identification Program was established secretly at the Pentagon in 2007 to look further into alleged UFO sightings. U.S. Army Counterintelligence Special Agent Luis Elizondo was chosen to run the program.

Elizondo had access to all government files regarding the existence of extraterrestrial vehicles and believed the information could pose a threat to national security. However, because of the taboos surrounding the topic, he never was able to garner any attention toward the issue from other Pentagon agencies, according to the History Channel’s Ancient Aliens program.

Amid this frustration, Elizondo quit his job at the Pentagon, keeping full inside access to government information about UFOs, including video evidence taken by the Navy that they confirmed to be real. Taken from a Navy F/A-18 Super Hornet, the 2004 black and white video displays a fleet of UAPs the observers described as Tic Tac-shaped, flying against the wind at never-before-seen velocities with unusual flight characteristics.

Although these unidentified flying objects bring about the suspicion of extraterrestrial life, they are just as their name describes, unidentified. Lieutenant Commander Alex Dietrich, a former Navy pilot and a witness of the events shown in the video, emphasized the importance of not jumping to conclusions about UAPs. Dietrich told 60 Minutes the public must be careful not to “sensationalize little green men.” However, even though “little green men” might not be the cause, there is something peculiar flying above American soil posing a potential threat to national security that the government has yet to figure out.

Elizondo revealed his knowledge and the video evidence to the New York Times, which published an article about it in 2017 that gathered unprecedented public attention. Ralph Blumenthal, who co-wrote the article, reported the videos posted on the paper’s website garnered far more views than any video posted on the page before, boosting the article to the digital front page.

As the exposure of this evidence grew, so did its fan base. All of this previously unknown information gave some proof to UFO conspiracies, inspiring people to question what else the government was keeping secret about the possible existence of extraterrestrial life.

With the new release of documents, videos and exposure of the existence of the Advanced Aerial Threat Identification Program, Congress began to take these threats to national security seriously. According to CNN, Congress had long been requesting information about UAPs, but never received any. That changed in 2020 when then-President Donald Trump signed a $2.3 trillion relief package to help stimulate the economy after it had been devastated by the effects of COVID-19. Congress managed to slip the requirement for the director of national intelligence and the secretary of defense to declassify all information relating to UAPs.

Although these government agencies have been badgered for years about their UAP knowledge, the report revealed they really do not know much. According to the official preliminary assessment, “the limited amount of high-quality reporting on UAP hampers the ability to draw conclusions about the nature or intent.” 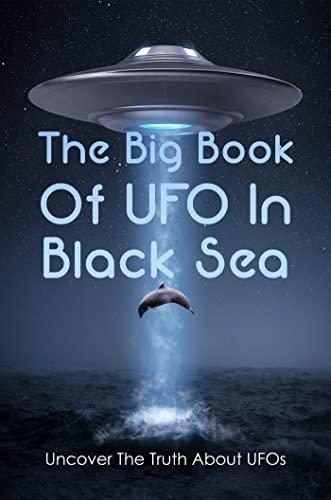 Of 144 reported cases, only one has been attributed to human error. The rest remain a mystery. Although every incident varies greatly, some patterns are present. The report claims most UAPs vary in “shape, size, and propulsion,” but most sightings are documented around U.S. military training and testing grounds. Also, many reports claim that the observed UAPs demonstrate advanced technology, including the ability to maneuver abruptly at considerable speeds “without discernible means of propulsion.”

The report states the lack of verifiable evidence inhibits the ability to find one definitive cause for UAP. But the Pentagon has proposed some possibilities: airborne clutter like drones, debris and weather balloons; natural atmospheric changes like temperature fluctuation; or foreign-adversary systems.

Another category the Pentagon outlines as “other” could encapsulate many possible answers to the UAP question and does not eliminate the possibility that extraterrestrial life is responsible.

Despite this uncertainty, many New Mexicans have subscribed to the idea of extraterrestrial life, especially in Roswell. The 1947 event has become the city’s central attraction. Driving through, visitors see an overwhelming theme of caricatures with enormous eyes and green faces.

April Hernandez, an employee at the Roswell International UFO Museum and Research Center, deems the Roswell crash as the greatest evidence of alien life. Although Hernandez has been a longtime “UFO truther,” she thinks the preliminary assessment will bring a lot of attention to UAPs. Hernandez believes the reason it took so long for the government to release the assessment of UAPs was because they “did not want to scare people and cause panic.”

Although the preliminary assessment does not prove nor disprove the existence of extraterrestrial life, the report validates the possibility of aliens being real — or, at least, more than just an insane public conspiracy. In fact, this month the Pentagon launched a new office to study UFOs.

The attention to the issue leaves many more Americans wondering whether we are truly floating alone in the universe.

Josette Gurulé is a senior at the Academy for Technology and the Classics. Contact her at gurule.josette@gmail.com.

There was a problem reporting this.

Welcome to the discussion.

Thank you for joining the conversation on Santafenewmexican.com.Please familiarize yourself with the community guidelines. Avoidpersonal attacks: Lively, vigorous conversation is welcomed andencouraged, insults, name-calling and other personal attacks arenot. No commercial peddling: Promotions of commercial goods andservices are inappropriate to the purposes of this forum and can beremoved. Respect copyrights: Post citations to sources appropriateto support your arguments, but refrain from posting entirecopyrighted pieces. Be yourself: Accounts suspected of using fakeidentities can be removed from the forum.

Stay up to date on the latest news and the local entertainment scene by subscribing to The New Mexican's email lists.

Success! An email has been sent towith a link to confirm list signup.

Error! There was an error processing your request.

Year of the Tiger symbolizes recovery and growth

Pros and pols wreck the language, one ton at a time

Tags： which statement describes effects of changes in information technology,