US intelligence officials are under pressure from the White House to produce a justification to declare Iran in violation of a 2015 nuclear agreement, in an echo of the politicization of intelligence that led up to the Iraq invasion, according to former officials and analysts.

The collapse of the

between Tehran, the US, and five other countries – by which Iran has significantly curbed its nuclear program in return for sanctions relief – would trigger a new crisis over nuclear proliferation at a time when the US is in a

Intelligence analysts, chastened by the experience of the 2003 Iraq war, launched by the Bush administration on the basis of phony evidence of weapons of mass destruction, are said to be resisting the pressure to come up with evidence of Iranian violations.

However, Donald Trump has said he expects to declare Iran non-compliant by mid-October, the next time he is required by Congress to sign a three-monthly certification of the nuclear deal (known as the Joint Comprehensive Program of Action, or JCPOA). And the administration is pursuing another avenue that could trigger the collapse of the deal.

David Cohen, a former deputy director of the CIA, said it was “disconcerting” that Trump appeared to have come to a conclusion about Iran before finding the intelligence to back it up.

“It stands the intelligence process on its head,” Cohen

. “If our intelligence is degraded because it is politicized in the way that it looks like the president wants to do here, that undermines the utility of that intelligence all across the board.”

In another move reminiscent of the Iraq debacle, the US administration is putting pressure on the International Atomic Energy Agency (IAEA) to be more aggressive in its demands to investigate military sites in Iran, just as George W Bush’s team pushed for ever more intrusive inspections of Saddam Hussein’s military bases and palaces.

The US ambassador to the United Nations, Nikki Haley, visited IAEA headquarters in Vienna to press the agency to demand visits to Iran’s military sites. Haley described IAEA inspectors as “professionals and true experts in their field”.

US ambassador to the United Nations, Nikki Haley. Photo from Wikimedia Commons.

“Having said that, as good as the IAEA is, it can only be as good as what they are permitted to see,” Haley

on her return to New York. “Iran has publicly declared that it will not allow access to military sites, but the JCPOA makes no distinction between military and non-military sites. There are also numerous undeclared sites that have not been inspected yet. That’s a problem.”

Unlike the case of Iraq and the Bush administration, where there were deep divisions in the US intelligence community over the evidence for Iraqi weapons of mass destruction, there is now a general consensus among US intelligence and foreign intelligence agencies, the state department, the IAEA and the other five countries that signed the JCPOA, as well as the European Union, that there is no significant evidence that Iran has violated its obligations under the deal. Tehran scaled down its nuclear infrastructure and its nuclear fuel stockpiles soon after the deal was signed in Vienna.

However, Trump, who denigrated the agreement throughout his election campaign, has appeared determined to torpedo it.

On July 17, the latest deadline for presidential certification of the JCPOA deal required by Congress, the announcement was postponed for several hours, while Trump’s senior national security officials dissuaded the president from a last-minute threat not to sign.

“If it was up to me, I would have had them non-compliant 180 days ago,” Trump 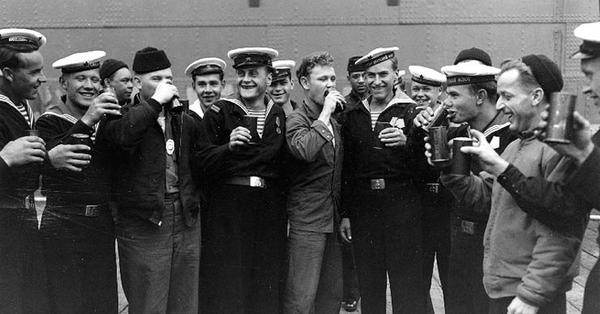 on July 25. He hinted it was his secretary of state, Rex Tillerson, who had persuaded him to certify the agreement.

“Look, I have a lot of respect for Rex and his people, good relationship. It’s easier to say they comply. It’s a lot easier. But it’s the wrong thing. They don’t comply,” the president said. “And so we’ll see what happens… But, yeah, I would be surprised if they were in compliance.”

Trump said his administration was doing “major” and “detailed” studies on the issues.

Vienna International Centre, Vienna, where the 61st IAEA General Conference will be held in September, 2017. Photo from IAEA.

Richard Nephew, who was principal duty coordinator for sanctions policy in the Obama administration state department and a member of the team that negotiated the JCPOA said government agencies were producing such studies all the time. He said the difference under the Trump administration was that they were being told the conclusions should be.

“Behind the scenes, there is a huge machine that is pumping up reports and updates and status checks for the administration and Congress,” Nephew, now at Columbia University’s School of International and Public Affairs, said. “You have intelligence officers and analysts in a bunch of agencies who spend literally every day scrubbing every single report they have got of what is going on inside Iran trying to find instances of non-compliance.

“What I suspect is happening now is that those intel officers have been asked to go to the cutting room floor, [and are being asked:] ‘What have you forgotten? What have you discounted? What have you said doesn’t really fit and not really relevant?’

“I actually think that’s healthy if it’s an honest question,” Nephew said, but he added: “It seems there is a faction within the administration that is trying to lay the basis for getting out [of the agreement] on the basis of cooked books.”

ministers of foreign affairs and other officials from the P5+1 countries, the European Union and Iran while announcing the framework of a Comprehensive agreement on the Iranian nuclear program, 2015. Photo from US Department of State.

He predicted that intelligence analysts would resign if they were pushed too hard.

“The intelligence community learned the lessons of Iraq hard,” Nephew said. “And the analysts I know who are attached to this effort I am quite convinced would resign and resign loudly before they would allow… their words to be twisted and turned the way it happened with Iraq.”

Robert Malley, who was a senior US negotiator at the nuclear talks with Iran, said that the Trump administration was discounting the information it was getting from its agencies because it viewed them as the “deep state” or “Obama holdovers.” But Malley predicted it would be harder for Trump to ignore the reservations of US intelligence and US allies and drive towards confrontation with Iran than it was for George Bush to go to war in Iraq.

“The main difference is that Iraq has already happened, which means that both the American public and the international community have seen a similar movie before, and therefore might well react differently than the way they reacted the last time around,” he said.

Robert Malley (center) at Camp David during the Middle East Peace Summit in July 2000. Photo from the White House.

The other principal avenue of attack on the JCPOA being pursued by the Trump administration has focused on the question of inspections of Iranian military sites. Under the agreement, the IAEA can present evidence of suspect activity at any site to Iran and ask for an explanation. If the explanation is not accepted by the IAEA, Tehran would have two weeks to negotiate terms of access for the agency inspectors. If the Iranian government refuses, a joint commission of JCPOA signatories could vote to force access, andIran would have three days to comply.

“There is a mechanism, a very detailed one and one of the issues we spent the most time on in negotiation,” Malley said. But he added: “There are people on the outskirts of the administration, and who are pushing hard on the Iran file, saying they should be allowed to ask for inspection at any sensitive site for no reason whatsoever, in order to test the boundaries of the agreement.”

During her visit to Vienna, Haley suggested that Iran’s past practice of using military sites for covert nuclear development work was grounds for suspicion. But Laura Rockwood, a former legal counsel in the IAEA’s safeguards department (which carries out inspections), said the US or any other member state would have to provide solid and contemporaneous evidence to trigger an inspection.

US Secretary of State John Kerry prepares to sit down with Iranian Foreign Minister Mohammad Javad Zarif in Vienna, Austria, on July 14, 2014, before they begin a second bilateral meeting focused on Iran’s nuclear program. Photo from US Department of State.

“If the US has actionable intelligence that is useful for the IAEA to take into account, and I mean actual and honest intelligence, not fake intel that they tried to use in 2003, then I think the agency will respond to it,” Rockwood, who is now executive director of the Vienna Centre for Disarmament and Non-Proliferation, said. “But if they try to create evidence or if they try to pressure the agency into simply requesting access because they can, I think it will backfire.”

Some analysts, however, believe that the Obama administration was too willing to let Iranian infractions slide and that a more skeptical view of the agreement and implementation is overdue.

“Asking the system for knowledge of violations is different than asking anyone to falsify them,” said David Albright, head of the Institute for Science and International Security. “This is a highly technical subject and the Obama administration downplayed and even hid violations and problems. So, there is a need to establish the true situation and ensure decision makers understand these issues. Spinning this as equivalent to Iraqi WMD claims is not only unfair but highly inaccurate. Certainly, the pro-JCPOA advocates would love to do that.”

Any Iranian objections to new inspections could be cited by Trump if he carries out his threat to withhold certification of the JCPOA in October. It would then be up to the US Congress whether to respond with new sanctions, and then Trump would have to sign them into law, in potential violation of the agreement. The Iranian president, Hassan Rouhani, said this week that elements of the program that had been stopped under the agreement could be resumed “within hours” if the US walked out.

Ultimately, Tehran and the other five national signatories to the agreement would have to decide whether to try to keep the deal alive without US participation. The head of the Iranian Atomic Energy Organisation, Ali Akbar Salehi, suggested over the weekend that if the other signatories remained committed, Iran would continue to observe the deal. It is an issue that would split Europe from the US, likely leaving the UK perched uneasily in the middle.