The government is set to give a lifeline to Teletalk as the loss-making mobile phone operator looks to make a turnaround by winning customers through modernisation, network expansion and the launch of 5G technology.

It may provide Tk 2,140 crore, under a project, to take the state-owned operator's 4G network to villages and upgrade the existing core and transmission networks to make it ready for the launch of fifth-generation technology (5G) by 2023.

The total cost of the project has been estimated at Tk 2,200 crore. Teletalk will chip in with Tk 60.33 crore.

"Teletalk has no 4G network in villages, so we want to take it to the rural areas," Md Shahab Uddin, managing director of Teletalk, told The Daily Star.

It has 4G services in all areas of Dhaka and Chattogram and all district headquarters.

The operator is going to get the financing on the basis of 20 per cent equity and 80 per cent loan. The interest rate will be set at the Ecnec meeting, he said.

Teletalk has 5,400 base transceiver stations, which facilitate wireless communication between user equipment and a network. Of them, 3,300 BTSs have 4G connections. The number of BTSs was about 3,000 in 2019.

With 59.8 lakh customers as of June, Teletalk holds 3.35 per cent share of the country's 17.64-crore mobile phone subscriber base.

In February last year, the Ecnec, however, scrapped a Tk 3,279.05 crore project of Teletalk that had planned to build towers and network. The project was not approved as it went against the telecom rules. 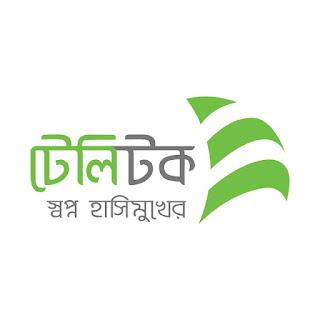 Shahab Uddin said Teletalk was expanding its network in the remote areas at a faster pace, so its customer base was widening in rural and haor areas.

The operator has added more than 10 lakh new customers this year.

"We are looking forward to raising our client base to one crore by 2022," he said.

The government plans to introduce 5G by 2023.

"We want to launch 5G at least on a trial basis by the time, if not commercially," the top official of Teletalk said.

However, industry people and experts say Teletalk should solely focus on the expansion of 4G.

"If Teletalk focuses on improving its 4G services, the money of the taxpayers will be utilised properly," said Abu Saeed Khan, senior policy fellow at LIRNEasia, a Colombo-based digital policy research organisation.

"5G is still an immature technology. For developing countries like us, it hasn't brought any significant application so far."

He said the government was unnecessarily politicising 5G as it had no business case at all. "This is not fair," he said.

Teletalk is an unprofitable entity. Its latest figure on profit or loss was not available.

The operator last made a profit in the fiscal year of 2013-14 and incurred losses in the following five fiscal years.

In its FY2019-20 annual report, the Post and Telecommunication Division (PTD) did not give any revenue and expenditure data of Teletalk.

Tags： parts of an iphone 5,