If it was chasing you, it sounds the stuff of nightmares: A robot that can bound around a maze, swerving and pivoting with what its creators claim is the “agility of a cheetah,” avoiding obstacles and crossing complex terrain at a speed of 20 body lengths per second. That makes it the fastest robot of its stature.

only the size of a cockroach

. The better news? That, if its creators have their druthers, it might just one day help save your life.

The robot, created by engineers at the University of California, Berkeley, is an insect-scale machine whose agility comes from a pair of electrostatic footpads. By applying a voltage to either its left or right foot, said foot can be affixed to the ground via electrostatic force. That gives it an impressively effective form of locomotion.

Its size isn’t the only insect-like feature of the microbot, either.

, a professor of mechanical engineering at UC Berkeley, praises its “ultra-high robustness,” too. What exactly does that mean? “One can step on the robot and it will continue to operate, similar to the survivability of a cockroach,” Lin told Digital Trends.

Borrowing from the natural world

The natural world has all kinds of demonstrations of speed and strength that, scaled-up, would be almost unimaginable. A dung beetle, for instance, weighs less than an ounce but is able to heft 1,141 times its own body weight. Moving at 20 body lengths a second, UC Berkeley’s robot is, relatively, faster than a cheetah, which moves at 16 body lengths a second. But that only adds up to 1.5 miles per hour. By comparison, if

could move at a comparable relative speed it would run at 72 feet per second, or 49 miles per hour. In reality, it can move at less than 3.5mph.

There are, of course, differences between building a large robot and a diminutive one that would make it tough to scale up the size using exactly the same approach. A smaller, lighter robot is easier to make move quickly than a heavier one. “Our robot is light and we drive it at resonant frequency — best electromechanical conversion efficiency — thus it moves very fast,”

, a postdoctoral researcher who worked on the project told Digital Trends. 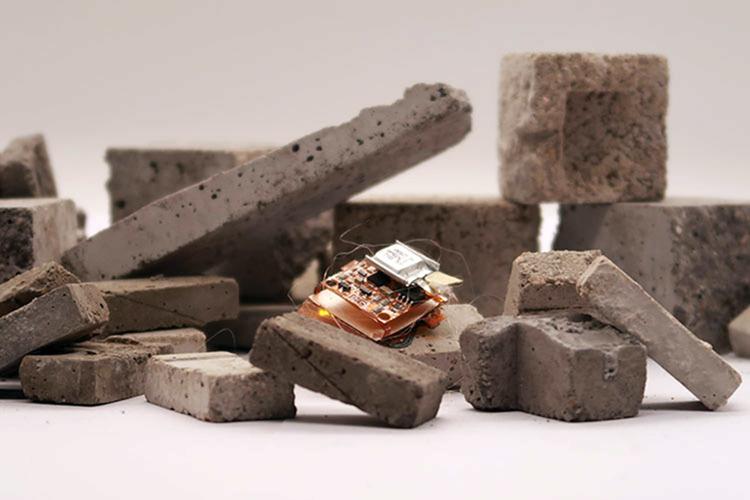 But to achieve maximum speed requires, understandably, the lightest possible weight. When the robot is in battery-powered mode, it can work for 19 minutes on a single charge. To extend this requires a bigger battery, which also reduces the agility. One way around this is to use a small electrical wire to provide the robot with power, although this would not be convenient in all settings. Nonetheless, it’s an impressive development.

A robot cockroach saved my life

So how, then, could a tiny robot cockroach conceivably save your life? (After all, aren’t cockroaches characterized as those things which survive the proverbial apocalypse; not save us from them?)

One possible answer: It could carry instruments such as gas sensors to potentially help in disaster settings. As a rudimentary stand-in for a challenging-to-negotiate environment, the researchers built a Lego maze, then loaded up the robot with a gas sensor, and filmed how quickly it could be guided around the maze. “[It could assist] rescue workers,” said Zhong. “After a disaster such as an earthquake, a large number of these robots can carry sensors that can move swiftly through the rubble and record and transmit valuable information.”

Lin added that, in certain disaster settings such as the collapse of a building, “the robot may be able to sneak through the rubble, [again] like a cockroach, to find survivors and provide specific locations for rescue efforts.”

It’s slightly too early to start getting excited about cockroach-bots coming to the rescue in a disaster scenario. This is still relatively early in the project and there is more that still needs to be done. The researchers aren’t just resting on their laurels, however. “We want to add more kinds of sensors and wireless communication modules to the robot,” said Zhong. “Moreover, we want to further improve the moving ability, like making the robot jump.”

Lin said: “We are interested in increasing the capability of the robot with onboard sensors, such as a camera, and wireless communication systems for practical applications.”

Has science gone too far? This invincible robo-cockroach is impossible to squish

This myth-inspired, karate-chopping centaur robot could save your life one day

From robot insects to human-sniffing sensors, this rescue tech could save lives