A few years ago, major manufacturers such as Google played with the concept of modular smart phones. After that, a little-known Australian company IMASD also began to attack modular tablet computers. But its modular concept is different from Google’s Project Ara, it belongs to the pseudo-modular ranks.

The Click-ARM One modular tablet that IMASD took out, the "ARM" in the name stands for "advanced detachable module". It has no relationship with ARM Holdings. These so-called modules used by Click-ARM One are more like components in DIY computers. At that time, there were only basic modules in Click-ARM One. One was the CK core. Including processor, memory, 16GB flash memory chip. And uses Exynos 4412 processor and 2 GB memory. There is also a display module with a 10.1-inch 1280×800 display screen. There is also the most complex module-PCB-HUB. This is like a motherboard in a computer, with integrated wireless network connection, Bluetooth, HDMI and USB ports. IMASD said that it has invited other developers to develop compatible modules for this tablet.

In 2015, the student modular tablet computer Infinity launched by One Education was born. To be precise, this tablet is also a two-in-one device. The biggest difference between Infinity and other tablets is its modularity. Users can replace the CPU, camera and other parts by themselves, and the operation is very easy. It's as easy as changing the battery of a mobile phone. This tablet runs Android, but a full Linux version will be released in the future. In configuration, this tablet is equipped with an 8.9-inch screen. Equipped with a 1.4GHz processor. Built-in 1GB running memory and 8GB storage space. Support microSD card expansion. Both front and rear are equipped with cameras. One Education also plans to introduce new high-performance modules. It allows this device to support Windows 10. Also, Corning Gorilla Glass will be added at the same time.

In 2016, Lenovo's launch of CES 2016 can be described as full firepower. It not only has several new products released, but each one is full of highlights. Lenovo's ThinkPad X1 Tablet is the world's first tablet with a modular design. It has a total of three module expansions: 3D camera, projection, and battery expansion. In addition, Lenovo has also equipped this tablet with a keyboard, greatly enhancing its practicality. ThinkPad X1 Table is one. It is the world's first flat panel product with modular design. 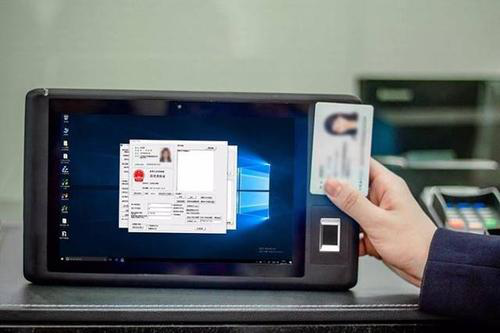 In fact, modular tablet computers are now attracting attention. And for a long time, the entire PC industry has been in a slump under the pressure of tablets. But as the market expands, modular computers are also evolving. For example, Intel’s desktop business is actually not as bleak as expected. Lisa Graff is the vice president of Intel's PC terminal and general manager of the desktop platform group. Lisa once said that Intel is actively expanding the field of desktop devices and bringing more changes. For example, the ultra-compact computer NUC is a new generation of mini desktop hosts. Of course, workstations and gaming PCs still need large cases to achieve good heat dissipation. But the future desktop PC for ordinary consumers obviously needs a simpler form.

Huge tablet PCs are usually Windows 8 tablets with at least 20-inch screens. The differentiated experience brought by the big screen is obvious. It can be used as a streaming media player (TV) in any corner of the room. For example, take it to the kitchen while cooking and watching videos, or run Office documents on the desk. Although the body is not too light, it is acceptable to move indoors. This feature brings some interesting functions merged. Obviously, you don't need an old kitchen TV anymore. Lisa Graff believes that the PC and TV industries may have some product crossovers and mergers in the future. Opening platform, streaming media player and portable design will become the focus. Such products are not limited to desks or living rooms, but can be used anywhere in the home.

Not only that, Intel also demonstrated the "Real Sense" technology at the CES exhibition. This helps the desktop PC to achieve a better gaming experience. "Real Sense" technology is somewhat similar to Microsoft's Kinect. Through the built-in depth-of-field camera, the gesture and somatosensory game operation form is realized. It is very suitable for desktop tablets and portable all-in-one computers. However, flattening desktop computers has been the idea of the entire PC industry. As early as 2007, Microsoft launched the "PixelSense" desktop concept operating platform. Although it was later taken over by Samsung and ultimately failed, its concept did not stop. Turn the desktop computer into a "TV" that can be moved at will. Or make a product that lays flat on the desktop to play Monopoly games. This conception has moved from science fiction to reality.

Intel once promoted its NUC mini-computer and upgraded it with a lower power consumption Atom Bay Trail processor. More than 1 million units were sold in 2013. In addition, including Google has also launched a Chromebox host running the Chrome OS desktop system. The latest models are geared towards business meetings. It also received widespread attention at the time. Obviously, miniaturization can provide a more convenient form of use for business and some consumer users. In the end, products like NUC will evolve into a modular form. It allows users to change freely in powerful configuration and portable movement to achieve a more diversified use experience.

The development of modular tablet computers have driven the progress of modular computer PCs in reverse. Its future technological development will also continue to move towards modularity. People who like modular technology can wai