Whether you’re upgrading your PC or building a new rig, you need a way to keep things cool. Any component—be it a graphics card, motherboard, or processor—can overheat and throttle performance. Even if you don’t indulge in high-CPU tasks like online gaming or overclocking, you need to be wary of overheating, lest you shorten the lifespan of your PC.

CPU coolers work by absorbing and funneling heat away from the processor. The type and quality of the cooler can have a major effect on hardware temperature, performance, and even noise. To run at peak performance without shortening the lifespan of your desktop, you really need to get yourself a decent cooler. Here, we’ve compiled a list of the 10 best CPU coolers.

There are two primary types of CPU coolers: air and liquid. Both work by channeling heat from the processor through a series of heat spreaders, thermal pastes, conductive baseplates, and heat pipes, eventually reaching a fan that disperses the heat.

For a cheap, replaceable cooler, your best bet is an air cooler. Air coolers come in a variety of different sizes, with varying speeds and noise levels—all of which may or may not suit the particulars of your rig—but they’re a solid, general-purpose solution for most custom PCs and desktops. 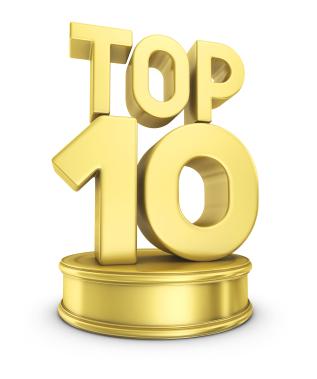 For a next-level solution, consider a liquid or AIO (“all in one”) cooler. Water- or liquid-based CPU coolers include a waterblock filled with liquid coolant, which absorbs heat as it passes through.

Liquid coolers are more expensive but often more effective—ideal for PC superusers with heat control issues. They are also generally quieter than air coolers. The idea of liquid around hot electrical components may raise some red flags, but a properly sealed liquid cooler is truly the most effective way to control CPU temperatures.

What works for one PC may be insufficient for some and overkill for others. However, when it comes to cooling your processor, you’re better off overestimating your needs than underestimating them. You don’t want to find yourself in a situation where you still have overheating problems because you bought the cheapest CPU cooler you could find.

That doesn’t mean you should gun for a liquid cooler—nor does it mean that there aren’t great, affordable CPU coolers out there. It just means you should take time to learn the common specifications: Size, processor compatibility, airflow/fan speed (RPMs), and noise volume are probably the most important.

With all that in mind, we combed through mountains of user reviews and product specs to identify 10 of the best CPU coolers that, we think, reflect the full range of needs and extra features.