Syracuse, N.Y. — Central New Yorkers may recall holiday traditions of putting on pajamas and heading for the Museum of Science & Technology in downtown Syracuse to watch “The Polar Express” in the only domed IMAX theater in New York state.

The tradition may carry on, but without the IMAX presentation.

The MOST plans to convert to digital projection by February 2022. The change will mean no more film projection, which had become expensive and outdated.

“This is such a huge deal for us,” Lauren Kochian, president of the MOST, said. “This is a very massive project, and even bigger than what most people know currently.”

In the lobby at the MOST is a glass wall, and on the other side are plates of film that feed into the projection system and get lifted into the center of the theater, giving it that domed IMAX experience. That space will now be used as a multimedia lab, replacing the outdated projector with six high-resolution digital projectors along with a new sound and lighting system.

The decision to pursue the $2.3 million renovation came at a time of uncertainty for the MOST.

The MOST closed its doors in March 2020

due to the pandemic. It didn’t receive permission to open the theater until October. But, at that point, museum leaders had already made the decision to convert to a digital platform.

“There is always a risk,” Kochian said. “But, it’s a calculated risk. And I think with our thinking, the pandemic was a big consideration. This build was a prime opportunity for us.”

After using vintage piece of technology for over 20 years, Kochian could not justify the cost. In an industry that is forever changing, analog film has not only become costly, but it’s no longer being used.

“When you couple it with the fact that content wasn’t changing, ticket sales were dropping significantly for the IMAX at a time when actually our overall visitor numbers were increasing drastically,” Kochian said.

Aside from premiering movies that are filmed in Central New York, Kochian hopes to hold more educational programs after renovations are complete. Kids could come to see the stars projected on the walls, or watch a documentary on climate change.

With the upgrade in technology, kids will even be able to speak live with an astronaut on the International Space Station.

“That’s something that the MOST has been able to do in the past, because we have a really good relationship with NASA,” Kochian said. “Now we can just stream it in our theater.” 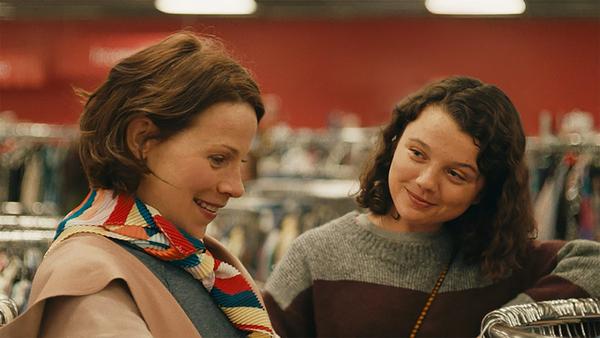 Kochian said one of the key takeaways from the pandemic is the importance of science education. She said the experiences children missed out last year will be more important to emphasize this coming year.

Before Covid-19, kids would head to school to read-up on a variety of subjects in a textbook, and then they would visit the MOST and get a contextualized hands-on experience.

“All of a sudden, you’re stripped of both of those things,” Kochian said. “And all you’re doing is virtual learning. It was really eye opening for everybody to reinforce (and say) ‘not only do we need hands on education, we need better hands on education’. And places like the MOST are the perfect place to do that.”

The response to the IMAX changeover was better than expected, Kochian said. The MOST’s goal was to raise the costs mainly through sponsorships, grants and donations. They are already at $750,000 in donations.

“Companies and people are supporting because it’s going to be awesome,” Kochian said. “It’s really going to be transformative for not only the museum, but really for the whole community.”

Sponsors or donors have the opportunity to have a theater named after them, website recognition and a plaque on a chair. In addition, they could receive tickets for films and planetarium shows for 2022 as well as an invitation to the grand opening party.

If a donation of $5,000 or more is made, an anonymous private donor has agreed to match that donation.

“A lot of these donations people are making, they want their donation to be matched to really help the MOST in the long term”, Kochian said. “Which is also really just an incredible way to support the museum.”

The true test comes when the MOST approaches some of the companies that may have not supported them before, or maybe haven’t supported them in a while. Among the supporters the museum hopes to gain are community partners that do what they do.

“The MOST is a science education institution,” Kochian said. “And we are surrounded by science institutions. All of those other science and education types of institutions benefit from having a place like the MOST in the community.”

Kochian believes the project comes at the perfect time as

Mayor Ben Walsh’s Syracuse Surge, which was a plan to update infrastructure and technology

“Now, all of a sudden, the MOST can be a part of that from the education perspective, which is actually very cool,” Kochian said.

Fundraising kicks off this summer. Demolition of the old theater will begin in July. The MOST plans to publicly announce the project at their 40th anniversary party in November. The grand opening of the new theater is set for February 2022.