Good morning, dear reader. I don’t want to rush you so early on a Sunday but we have a lot to get on with, so finish your coffee, put on something presentable and comfortable, and let’s get moving as we have to do a bit of time travel and take a spin around Estonia. Where to start?

Okay, it’s the summer of 1991 and my mom and grandmother have invited me to Estonia to connect with my roots, poke around for some buried treasure (I kid you not!) and celebrate our homeland’s restored independence. I recall flying in to Tallinn on Lufthansa, taking a rickety bus to Pärnu and walking the wide beaches with my grandmother while she told various tales about handsome boys she used to know, where she’d dance the night away and where the linen factory was.

For my grandmother it was an emotional and uplifting trip, while I found it all a bit tough going with too many people on the make, the weight of Russia still pressing down on the country and the pock-marks left behind when an oppressor attempts to eradicate an entire culture. I left Estonia thinking that I’d be back in three or four years to check on how things developed and have a go at looking for the family gold but other countries got in the way (Japan, Lebanon, Switzerland). Still, there I was standing at Zürich airport’s gate 55 last Sunday, watching the monitor flash “final call Tallinn”. As I walked up the stairs to the Swiss A220, 30 years didn’t feel so long ago.

Two hours later, with my mom and Mats in tow, I was walking through Tallinn’s tiny airport with a sense of giddy excitement – in part because the trip wasn’t part of the official summer plan and in part because it seemed rather exotic and still unknown. We drove south to Pärnu to walk the old neighbourhood and also sample the technological hopes and dreams of e-mobility. (Note to readers: e-vehicle × digitally advanced though still developing economy = proceed with caution! While the vehicle was a rocket and comfy on highways and country roads, range and charging are still lacking given how much this form of transport is being pushed.) On Monday we checked in on Mats’s ancestral ‘hood around Haapsalu and then made our way back up to Tallinn for an evening with friends Yoko and Priit. They took us on a quick harbour tour, pointed out Nato’s austere cyber-security command, pointed us in the direction of some wonderful medieval-looking saunas and briefed us on a secret swimming spot, before moving on to dinner in a soaring warehouse. 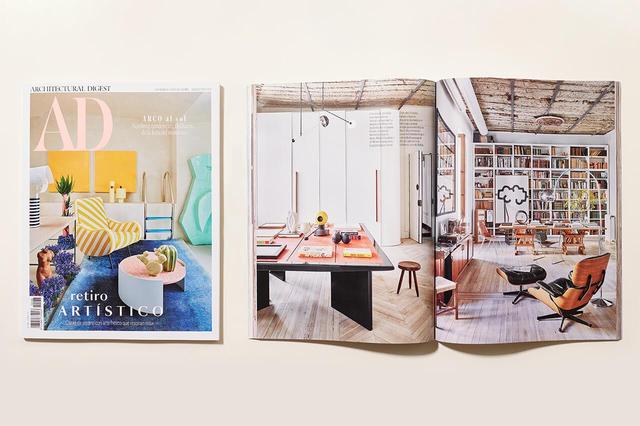 On Tuesday we wandered the streets of Tallinn’s old town buying linen napkins, towels, placemats and tablecloths in all shapes, colours and sizes. Though the country has done a good job hyping its digital economy, it’s missing a trick promoting made-in-Estonia items that could, with a bit of marketing and branding, evolve into proper global luxury brands. Later that afternoon I sat down with prime minister Kaja Kallas to discuss the topic of the growing digital divide and how to ensure that linen-weavers, farmers and miners aren’t left behind in the race to turn everyone into a fully competent digital citizen. (You’ll be able to read the interview in our October issue or listen when

returns to Monocle 24 in September.)

Come evening I co-hosted Monocle’s first-ever Baltic get-together with Yoko. For a few hours, while greeting and meeting and listening to stories of unicorns and angels, first and second investment rounds, start-ups and retiring at 40, I thought I was in Portland or Palo Alto or Tel Aviv. Of the 70 or so guests, all of them certainly had a day job and at least 80 per cent had another project on the go that they all hoped would be the next big thing in tech, sustainability or good old wood. Indeed, the best idea I heard is so good that I was sworn to secrecy with the promise that Monocle will get the global exclusive on this forest venture when it’s released. More from Estonia, Finland and Stockholm next week – including the launch of a much-needed political party.