The development of science and technology seems to be pushing us. We now enter world of science fiction that used to be seen only in movies. The landing of hightech achievements makes us feel as if our dreams are slowly shining into reality. And it is true that the technology companies that have led the great changes. They are writing legends that science fiction has come true. On April 12, domestic hightech giant Sugon released its annual report for 2020. The results show that it sold 243600 hightech computers in 2020. It is more than double its sales five years ago. The company's revenue grew by 10.1 billion, directly reaching an all-time high.

1. Sugon, a Giant in the Hightech Computers Industry

Public data show that Sugon was born in the Chinese Academy of Sciences. And it has been independent for more than 20 years. During this period, Sugon has made many remarkable achievements. The server produced by Sugon has broken the world's first record many times. Sugon has currently participated in the development of 19 national and industry standards.

For a long time, Sugon has been working hard to attack the core technology of domestic computers. Sugon hopes to break the current situation. Because most computer manufacturers in China are highly dependent on overseas chips. And in order to achieve this goal, Sugon has invested a lot of resources for many years. And its hightech computers and IO chips and IO modules based on domestic processors. The number of R & D personnel increased from 548 to 2039 from 2016 to 2020. The proportion of R & D personnel increased from 44% to 61%. And the company's total R & D expenditure exceeded 940 million in four years. Although Sugon is not the only company committed to conquering the core technology of hightech computers in China. There are also many enterprises and manufacturers have invested in field of hightech computers. But for current achievements, Sugon is an enterprise with rapid R & D progress. Sufficient funds can support Sugon to continue to carry out a high degree of research and development. And its demand in the hightech computers market will continue to expand in the future. Computing and big data will bring new development opportunities for the high-end computer industry. We can find that the data of Sugon has maintained a very rapid growth rate. The core driving force for growth is the continuous improvement of the strength. It is believed that huge market will become a new driving force for Sugon. Sugon will continue to invest money and research and development of new technologies. 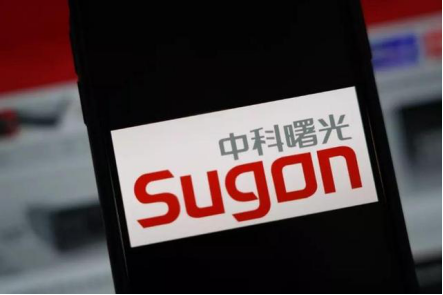 Brain computer interface technology can make the brain connect to a computer. And biological information can be transformed into computer information. At present, many hightech companies are paying close attention to studying the method. They want to realize the communication between the human brain and the computer. Once this technology is realized, people's depression and brain diseases will be cured. It will be in the same way as computers kill viruses.

At present, scientists have successfully extracted stem cells from frogs. And they have assembled these stem cells by computer to create a new life. This life body can obey a variety of human arrangements. At present, humans have been able to manipulate this new life robot through some technologies. Then they can let it help people remove vascular thrombosis or cancerous cells or organs. Finally it can compete with cancer cells that are harmful to human health.