The Sony Xperia X Compact measures 129 x 65 x 9.3mm and weighs 135g. It features the familiar OmniBalance design found on other Xperia devices, but it is a little flatter and squarer at the top and bottom, like the XZ.

It doesn't have IP68 water and dust resistance and it doesn't offer a metal build like the flagship. Instead, the X Compact has a plasticky feel but it does have a built-in fingerprint sensor within the power button and it does offer USB Type-C.

Both preceding devices have the OmniBalance design but they have a tempered glass rear and IP68 water and dust resistance. The Z5 Compact offers the fingerprint sensor in the power button, while the Z3 Compact doesn't have one at all. Both are charged via Micro-USB.

All three devices being compared here feature a 4.6-inch display with a 1280 x 720 pixel resolution. They all come with Sony's X-Reality and Triluminos technologies and they all use LCD technologies.

This should mean a similar experience across the board, with none of the devices offering any particular stand out features when it comes to the display.

The X Compact may feel a little different thanks to a new design feature called Loop that sees the edges of the screen curve into the sides of the device, but in terms of pixel density and viewing angles, the X Compact should match the Z5 Compact and Z3 Compact.

The Sony Xperia X Compact features a 23-megapixel rear camera with triple sensing technology. This means the main Sony sensor is supported by two additional sensors, one for colour and the other for depth of vision.

The rear camera has a sensitivity of ISO 12,800, which can be controlled manually along with shutter speed, but it is only capable of Full HD video recording rather than 4K. There is a 5-megapixel camera on the front.

The Xperia Z5 Compact also has a 23-megapixel rear camera with up to ISO 12,800, though it is not manually controllable. It is capable of 4K video recording however and it too features a 5-megapixel front camera.

The Xperia Z3 Compact has a 20.7-megapixel rear camera, again with a sensitivity up to ISO 12,800 and again, not manually controllable. The Z3 Compact is capable of 4K video recording like the Z5 Compact, but it drops its selfie camera resolution to 2.2-megapixels. 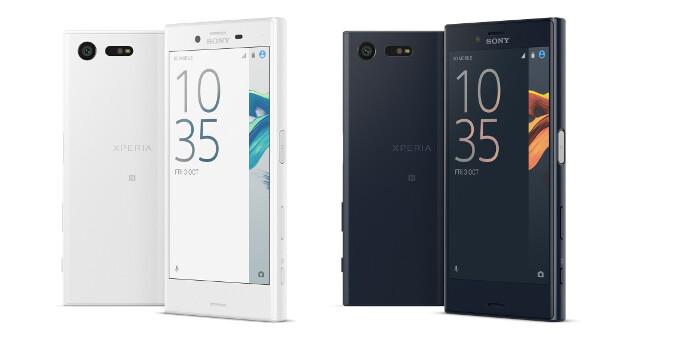 The Sony Xperia X Compact has the Qualcomm Snapdragon 650 processor under its hood, supported by 3GB of RAM and 32GB of storage. There is a microSD slot for storage expansion up to 256GB and there is a 2700mAh battery on board.

The Xperia Z5 Compact runs on the Qualcomm Snapdragon 810 processor, 2GB of RAM and 32GB of internal memory. There is microSD on board again and the battery capacity is the same as the X Compact at 2700mAh.

The Xperia Z3 Compact has the Qualcomm Snapdragon 800 processor, 2GB of RAM, 16GB of internal storage and microSD support again. The battery capacity drops slightly to 2600mAh but it's probably not enough to notice a difference between the other two devices being compared here.

The Sony Xperia X Compact launches on Android Marshmallow with Sony's bloatware over the top. It offers a couple of extra software enhancements including a new battery management feature and the manual camera control we mentioned previously.

The Xperia X Compact and Xperia Z5 Compact will see an update to Android Nougat at some point, but the Xperia Z3 Compact was not listed by Sony as one of the devices to be updated.

That will mean the X Compact and Z5 Compact will offer a similar experience, with a couple of differences here and there, while the Z3 Compact might not see any of the new Nougat features.

Unlike the Compact devices that have gone before it, the Sony Xperia X Compact compromises in a few areas including both the processing power and the build quality in comparison to the larger flagship.

It offers more RAM than the Z5 Compact and Z3 Compact however, as well as USB Type-C and an improved camera if you ignore its lack of 4K video recording.

The X Compact has the same battery capacity as the Z5 Compact, along with the same fingerprint sensor, but it misses off waterproofing, which is a shame. It is also slightly larger and heavier than its immediate predecessor.

Sony Xperia X Compact: It's Compact, Jim, but not as we know it

Sony Xperia XZ hands on: Sticking to what it knows