MUMBAI: In an unprecedented move to minimize the instances of technical glitches occurring at market infrastructure institutions like stock exchanges, the

Securities and Exchange Board of India 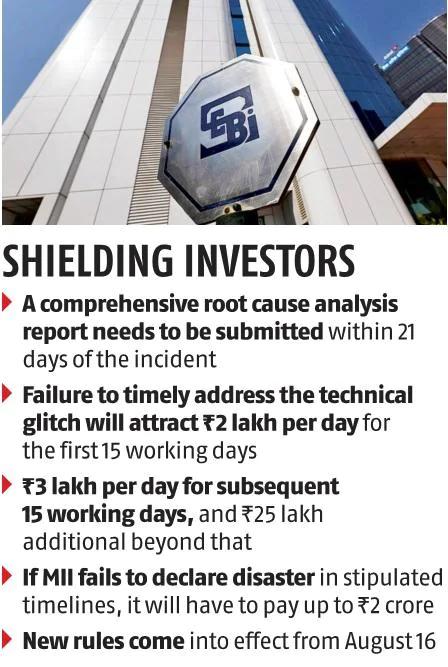 ) on Monday released new rules that will make such institutions and their officials liable in the event of failure to provide services. “Considering the criticality of smooth functioning of systems of MIIs, specifying a pre-defined threshold for downtime of systems of MIIs becomes desirable. For any downtime or unavailability of services, beyond such pre-defined time, there is a need to ensure that 'Financial Disincentive' is paid by the MIIs as well as

and Chief Technology Officer,” Sebi said in a circular issued on Monday. Sebi’s move comes in the backdrop of the substantial failure of NSE’s systems in February when various aspects of the stock exchange’s functions failed to perform for over four hours. “This will encourage MIIs to constantly monitor the performance and efficiency of their systems and upgrade their systems etc. to avoid any possibility of technical glitches and restart their operations expeditiously in the event of glitch,” Sebi said.