It seems that Samsung decided to announce for a second time a new Blu-ray 4K player at IFA Berlin. Or is it?

Called UBS-K8500, the device sports a curved design that is meant to go along with the company's big catalog of curved TVs in a curvaceous harmony of design at Samsung. As it was to be expected, the new UBS-K8500 guarantees to play movies at four times the resolution of standard Blu-ray discs and has a palette 64 times larger than the previous Blu-ray standard (10-bit vs. 8-bit color).

This difference allows for a color gamut of 1.07 billion, versus the current generation’s 8-bit color and its (still impressive, but much smaller) gamut of 16.7 million. The new player from Samsung will also feature HDR (High Dynamic Range) standard via its HDMI 2.0a port. 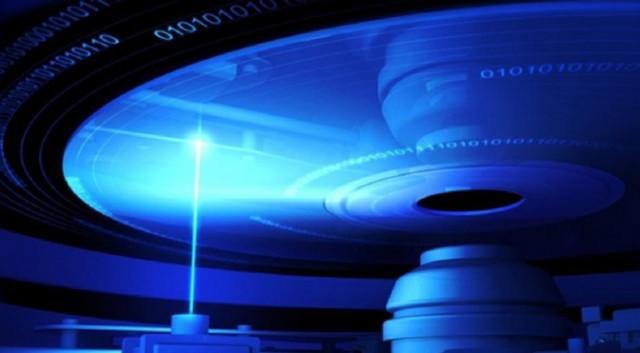 The UBS-K8500 is a first alright, but not the world's first 4K Blu-ray player

However, the reason why Samsung decided to call its new UBS-K8500 player the first 4K Blu-ray player in the world is because it is the first to feature the H.265 / HEVC codec in 4K decoding, something that the old BD-F7500 didn't have. Additionally, the new dual-layer UHD Blu-ray (66GB) supports a maximum bitrate of 108Mbps, with 100GB triple-layer disks going up to 128M 4K streams from Netflix usually max out at around 50-60Mbps.

Apparently, some of the first content for UHD Blu-ray players will arrive from 20th Century Fox, who claims that it will ready some high-profile movies on Blu-ray 4K on the launch of Samsung's players. To complete the initial offer, 20th Century Fox promises to bring, besides new releases, some older movies as well that will enjoy the new UHD treatment.

The new Fox's UHD Blu-rays will also contain a "Digital HD" version in order to offer some sort of backwards compatibility for current generation of Blu-ray players that cannot play the latest UHD/4K disks.