Whether it’s coming out of Nashville, New York, L.A., or points in between, there’s no shortage of fresh tunes, especially from artists who have yet to become household names.

selects some of the best new music releases from country and Americana artists. (Check out our

Darrin Bradbury’s songwriting has always been gloriously left of center. In the new song (and video for) “Busted World,” he ratchets up the eccentricity to delirious levels that match our current moment. He sings about tossing his lover from a tilt-a-whirl, wearing pissed jeans, and taking your mom out for ice cream. He also divulges a great truth of the universe — that “the whole thing’s a joke and the joke’s on you.” Bradbury’s new album

We Imagined an Ending

. In the jangly first release “Home Again,” the Austin singer-songwriter explores the idea of prudence. “If you’re gonna be here now, you better take a deep breath,” he sings, advising patience and caution in 2021. The guitars are Big Star bright, the harmonies choir-like, and Matt’s own delivery a jolt of clarity in a cacophonous world. It’s a journey to zen, in just under four minutes. 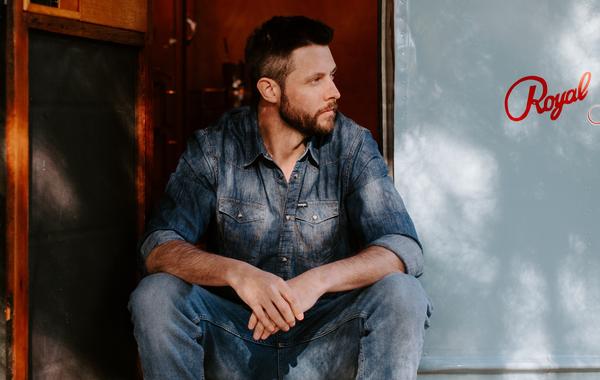 with Oh Boy Records. Robinson has turned heads for her intimate and empathetic songwriting, and “Old Gods” imagines someone waiting for a lover to return in a way that could be about pre-industrial times or just as easily a military family with a parent deployed. With some intricate acoustic guitar picking and lovely backing harmonies, it’s a beautiful folk tune for anyone who’s ever felt the pain of separation.

in 2021, and now the Oakland-based singer is back with her version of the country-gospel gem “Long Journey Home,” recorded by the Monroe Brothers and many others through the years. With the feel of a down-home living-room jam, Marks’ backing group the Resurrectors provide percussive acoustic guitar and harmonica set to a toe-tapping rhythm. It’s a fabulous showcase for Marks as a singer, who pours righteous, skillful country-soul inflections into every passage. It’s the most joyful sound you’ll hear all week.

“All the Pretty Things”

Nashville songwriter Don Gallardo finds “hope inside a song” in the title track from his new album. “All the Pretty Things” is a reminder that while life may be rough AF right now, there’s beauty all around. The quiet ballad is also a message of comfort and reassurance, with Gallardo nodding to a line in Tom Petty’s “Crawling Back to You”: “The things that you worry about, never happen anyhow anyway,” he sings over the Grateful Dead-indebted country-rock that’s made him such a popular draw in the U.K. Sometimes the strongest songs can be the most gentle.

Buffalo Nichols recently signed with Fat Possum, the label’s first solo blues artist in nearly 20 years, and will release his self-titled album in October. The first single, “Lost & Lonesome,” is an aching number that lives up to its down-and-out title with a stripped-down arrangement of fingerstyle and slide guitar, plus Nichols’ world-weary delivery of his existential blues. “You’re gonna suffer anyway but it’s better with a friend,” he sings. Ain’t love grand?