A pow-wow between veggies, fruits and their valuation

In a cold store in Mumbai, fruits and vegetables got into fights about the value of their names.

“Am I in demand!” said Tomato, putting on red lipstick with a superior sneer, “All these digital companies are simply fighting for getting my name into their company names. Yep, I am talking of Zomato!

When Foodiebay was to be renamed, the founders looked around to identify the quintessential ingredient without which the Indian kitchen is incomplete. And what is the answer to that question? Of course, it’s me! They chose Tomato over Potato and Onion. Potato is too lazy and Onion has a volatile temper. Zucumber would be cumbersome whereas Zapsicum would have looked zapped. Zucchini has the Z element no doubt, but it’s way too

So, what do you do? Add some zing to Tomato — and bingo! There’s Zomato! It’s red, it’s juicy, it’s sweet and at the same time, spicy! At ₹9,375 crore, my name is associated with the biggest IPO in over a decade! With my support, a loss-making company was subscribed 38 times on the last day of the issue! From an IPO price of ₹76 per share, we are now at ₹140! Ladies and gentlemen, I take a bow!”

“Pooh! I have been known to trade at that price as a commodity! Just think December 2019, and you’ll get tears in your eyes. These start-up founders made a mistake. They should have chosen me, not you. I lend support and consistency and stability — not only to curries, but also to Governments. Which other vegetable shows that kind of potential? They should have booked the domain name “Onion”. No need to add ‘Z’ and rename me Zonion. The zing is an in-built feature!”

Tomato turned red with anger, when the equally red Chilly spoke up.

“And, have we, eh, forgotten the other start-up, eh, the Rotten Tomatoes?” asked Chilly delicately, with other fruits, especially Zucumber and Zapsicum, sniggering at the mention of Rotten Tomatoes with approval.

“When people dislike a film, they tend to chuck the rotten avatar of you at the screen! So when these American kids wanted to start a film review aggregation website, they named it Rotten Tomatoes. Oh, how could you live with the disgrace? But look at me. When Shah Rukh Khan wanted to start an integrated film studio and film distribution company, what does he call it? It was a greenhorn venture, but he called it Red Chillies Entertainment!”

There was an elegant rustling in a punnet full of blackberries marked for exports.

friends,” said Blackberry with an American accent, “please don’t gloat over your success here! Look at me — an international name! It was 1998, when Research In Motion (RIM) was planning to launch their pager with an email-enabling keyboard, quite a unique proposition then! The black keyboard was a new concept, with its buttons resembling berry fruits. And they needed a name that would evoke joy, and reduce the stress of work email. And there it was — BlackBerry! No need to add the zing and create a ZackBerry — owning us was guaranteed to create zing and joy!”

Tomato, stung by the unfair reference to the zing, spoke in a soft, dangerous tone. “Looks like the joy isn’t around anymore, is it? Maybe they should have christened you JoyBerry. Maybe name-play matters.”

There was a loud crunch. A bitten Apple created an intricate design whilst rolling right into the conversation. Blackberry turned black and cloudy. 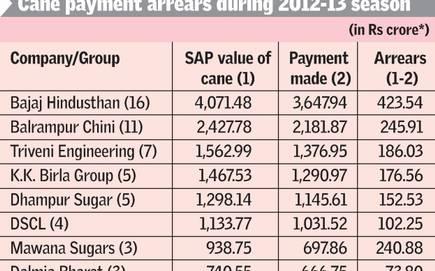 “Well, even if it had been named JoyBerry, ‘i’ would have sucked the joy from it anyway,” said the Apple in a superior tone. “Blackberry mistook the product for the company. But Steve was smart — he knew that Apple was more than its products! He wanted to be a part of everyday lives of customers — which is what an Apple is! Even my logo is a part of our everyday life. As my logo designer Rob Janoff said famously — I did what one does with an Apple. I took a bite out of it! I am not “Zapple”, thank God! One of the key concerns that Steve had was that when people searched for computer companies, “Atari” featured first because it began with an “A”!

Apple was great because it was alphabetically ahead of Atari. (This was met with “Hear, Hear” from the others.) So, quite frankly, replacing your first alphabet with the Z sounds like a risk. Had Swiggy been Zwiggy, Zomato would have my vote!