, over their long, memory-filled history, have called two ballparks home in Queens: Shea Stadium and Citi Field. Many joyous memories have taken place at these ballparks, including two World Series championships.

I have had the privilege of attending Mets games at both parks. My very first professional baseball game was attending the Mets-Phillies game at Shea Stadium. For this game, I sat in the upper deck with my family behind home plate, which allowed for great views of the entire ballpark even if the players on the field were small as a result. My first time attending Citi Field was six years ago when the Mets took on the Los Angeles Dodgers. Because the Dodgers are a popular team, I recall tickets being hard to come by, not to mention expensive. As a result, I remember paying significant money for seats in the lower section in left field.

Although I was not impressed with either ballpark compared to some of the others I’ve been to, I found Citi Field to be a significant upgrade over Shea Stadium for three important reasons, which are described below.

The Mets’ Citi Field may not be the best ballpark in baseball, but its careful attention to history deserves praise.

The first is its size and seating capacity. Although Citi Field is a pitcher’s park like Shea Stadium, it is still significantly smaller than Shea. Whereas Shea Stadium was repurposed at times in its history to accommodate the New York Jets NFL team, Citi Field is designed specifically for baseball. As a result, the seats, particularly in the outfield, are closer to the field, which gives fans a more intimate baseball viewing experience.

Because it is smaller, Citi Field has a smaller seating capacity than Shea Stadium. Whereas Shea Stadium was able to accommodate approximately 57,000 fans, Citi Field 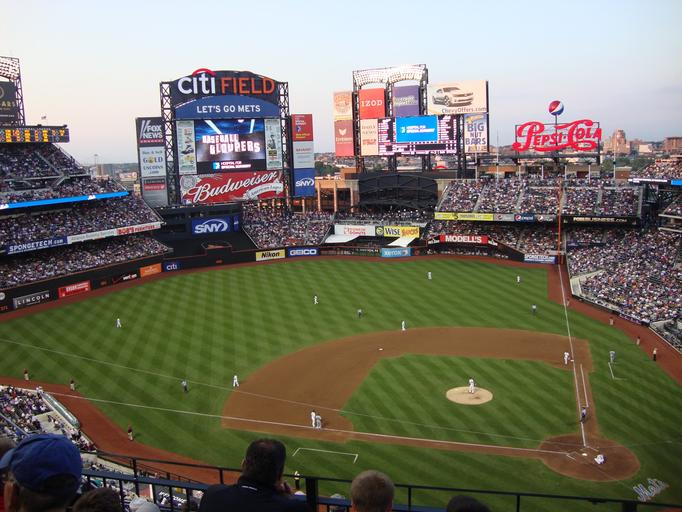 42,000. Having a smaller capacity is not a downgrade in my opinion; oftentimes, having a smaller seating capacity enhances the fan experience, and that is what Citi Field does.

What Citi Field also does well is how it pays homage to baseball history in its design. First, all the seats in Citi Field are green, which is meant to pay homage to Polo Grounds, the longtime home of the New York Giants baseball team. Shea, on the other hand, had an eyesore of colors for the seats, including red, blue, orange, and green. The color scheme never made much sense from a historical or aesthetic point of view, and the Mets did the right thing by making this change when they built the new ballpark.

In another nod to history, Citi Field also contains an overarching bridge motif that can be seen in the stadium’s architecture. Because New York City is linked by 2,027 bridges and is reflected in the team’s logo, the Mets emphasized how the current iteration of their team is the bridge to the past New York baseball teams. The Shea Bridge, a pedestrian bridge in the ballpark’s outfield, was built to resemble the Hell Gate Bridge, which is a 1,017-foot steel through arch railroad bridge that connects Queens to Manhattan.

The final reason why Citi Field is better than Shea is its interior design. At the time Citi Field was being constructed, COO Jeff Wilpon was influenced by PNC Park (home of the Pittsburgh Pirates and in my opinion, the best MLB ballpark) in how he wanted the interior to be designed. Wilpon also took inspiration from Great American Ballpark (home of the Cincinnati Reds), Coors Field (home of the Colorado Rockies), and Citizens Bank Park (home of the rival Phillies), three above-average ballparks.

In its interior design, Citi Field created a unique rotunda dedicated to honoring Jackie Robinson, who played for the Brooklyn Dodgers and broke the color barrier that existed in Major League Baseball in 1947. The rotunda is located in the front entrance of the stadium, which makes it the first thing fans notice when they enter the ballpark. An eight-foot sculpture Robinson’s number 42 is in the center of the rotunda. Surrounding the rotunda are a series of archways, which immortalize Robinson’s nine values: Courage, Excellence, Persistence, Justice, Teamwork, Commitment, Citizenship, Determination, and Integrity.

The Mets new ballpark does not come without its own fair share of criticism, but there is no denying that the aesthetic choices made make it an improvement over Shea.