For JaQualon Roberts, the summer between his sophomore and junior basketball season has been perfect.

On the court with the Indiana Elite, the 6-foot-7 Bloomington North standout is 40-0 and looking to make it 45-0 after their final trip of the off-season to Las Vegas this weekend.

As of June 15, the official offers started coming, as did several college visits, and so far so good there, too.

IUPUI, Miami (Ohio), Indiana State, Stetson, Akron and Massachusetts wasted no time tossing scholarships his way and he realizes how lucky he is to not have COVID-19 restrictions hamper his recruitment.

"It's been amazing," Roberts said. "It's a blessing that everybody is able to go out and look at campus and those visits, I'm taking with pride and making sure I look at each school and evaluate them. I appreciate the process."

The process included a phone call with new Indiana University coach Mike Woodson recently. The Hoosiers are the first high major to show such interest in Roberts, who is aiming for the pinnacle of his sport.

"I want to go to a school, first, where they love me and want me to be there and will help me reach me goal," Roberts said. "At the end of the day, going to the NBA has been my biggest dream growing up, so whatever school will put me in the best position to do that."

After Vegas, Roberts said he'll head to a few exposure camps in August, though he was not sure yet which ones he'd attend. But the feedback he is already getting from college coaches, tells him he's headed in the right direction.

"They really like my style of play and my versatility," Roberts said. "That I'm a hard working player and they also like how I can guard multiple positions, 1 through 5, and how I talk on the court."

Roberts is coming off a track season that included a state medal in the 1,600 relay and said he noticed it improved his speed and vertical. As for his handle and his 3-point shooting, both looked much smoother in a video posted to social media recently.

"I've been working on those, what you could say are my weaknesses," Roberts said. "Making sure every time I'm in the gym, I'm working on my form shooting, making sure I get my shot better."

After camps wrap up, he wants to put himself and the Cougars, who lose three senior starters to graduation, in the best position to succeed this winter. Roberts and senior three-year starting point guard Nick Klaiber are back, with Klaiber still healing from a broken wrist.

Roberts, who easily led the team in dunks last year, will certainly be looking to improve on his 11.6 points and 6.4 rebounds per game. He and Klaiber will definitely be asked to pick up the leadership mantle. Roberts is working on all the above.

"Coming into it, I know I'll have a huge leading role for the team," Roberts said. "Whenever AAU is done, I'll contact each individual player and talk about what we need to do to get ready for the season.

"I want to do it early and get the guys going, get the chemistry going, get our minds right and keep everybody accountable."

Bloomington South swimming standout Kristina Paegle is one 43 athletes chosen to represent the U.S. at the third and fourth legs of the 2021 FINA Swimming World Cup. Those competitions will take place Oct. 1-3 in Berlin, Germany and Oct. 7-9 in Budapest, Hungary. 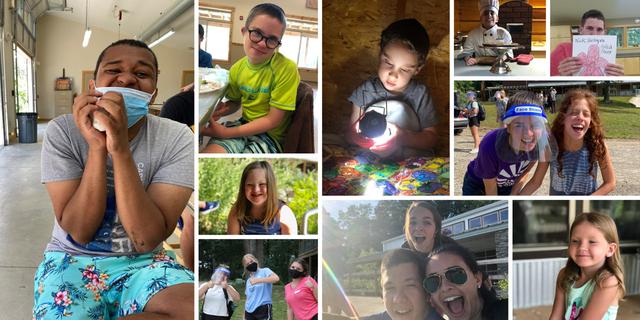 The athletes were selected based off top 18 and under performances at the Olympic Trials in Omaha, Neb. This competition will replace the World Junior Championships, which were cancelled due to COVID.

According to her Indiana club coach, Chip Kline, the change of events will allow Paegle to swim her usual events, the 50, 100 and 200 meter freestyles, instead of competing just as a member of the 4x100 free relay.

The swimmers come from 34 clubs from across the country and coaching staff includes Alec Haley from the Fishers Area Swimming Tigers.

The right-hander just completed his freshman season with the Hoosiers and did not see the field. He's moving on to an NAIA program that is just four years old, but has never had a non-winning season.

Steele has been playing for the Bomb Squad in the Summer League at Grand Park.

The nationals are in Jacksonville, Fla., July 26-Aug. 1, but neither will be able to attend.

Dann the man for OV

Owen Valley will have a new volleyball coach this season in Carmel native Max Dann, who had been an assistant at South and also a club coach at Tier Ten while he attended Indiana University.

Dunn also played for the IU men's club team and is an active triathlete.

He takes over for Kristen Madorin, who was named the head coach at Kankakee High School in Illinois, where her brother Derek Hart is the head football coach. Madorin also played for two years at Kankakee Community College.