The 2021 Mobile World Congress (MWC) with the theme of "Harmony and Symbiosis" was held on June 28 in Barcelona, Spain. The conference was held in a hybrid mode combining online and offline. In these three days, many core technical topics related to 5G have been released. It also allows us to see many of the latest mwc technologies including 5G, AI, Internet of Things, smart home, etc.

In the opening speech, Huawei's rotating chairman Hu Houkun demonstrated the "Huawei River Map" MWC technologies with the newly released Huawei Mate X2 folding screen mobile phone. Participants can intuitively feel the sight of elephants and giraffes walking around, and even spraying water at the audience. Huawei Hetu mainly uses the following three technologies: centimeter-level positioning, which is 50 times more accurate than GPS. HashRate supporting, 3D high-precision maps can be run in real time. The network speed, with the support of 5G, requires a bandwidth of 100M downstream. 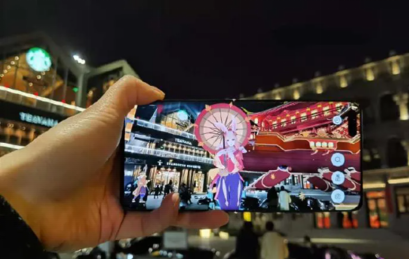 The MWC technologies jointly released by Finch Technologies and AR glasses company Nreal is a new type of gesture recognition ring-shaped wearable device "FinchRing". With AR glasses, it can perform gesture recognition, 3DoF, and 6DoF tracking functions. But to get the 6DoF hand tracking function, you also need to wear a strap that contains a sensor device-FinchTracker. The size of FinchRing is 13mm wide, 5mm thick, and 18g weight. It can be used continuously for 4 hours, and can be fully charged with 80% power in 20 minutes. It has a built-in six-axis sensor as an inertial measurement unit (IMU) for space tracking. There are also touchpads and force sensors for user input and a tactile engine that can customize vibration patterns. According to Finch Technologies, the tracking function combines the internal IMU of FinchRing and the external "optical enhancement" function. Therefore, without limitation of the field of view, it can also be used outdoors.

As the only company in the world with WLG technology, AAC Technologies has exposed a set of exterior photos taken with a WLG glass-plastic hybrid lens for the first time. The WLG glass-plastic hybrid lens is thinner than the traditional pure plastic lens. But the light transmittance and resolution performance are better. In the case of night shooting, compared with the same level of pure plastic lens, the light transmittance has increased by 20%. This effectively improves the shooting effect in low light and night scenes. At the same time achieve better color reproduction and reduce glare problems. In this mwc technologies exhibition, AAC Technology also exhibited a 108MP 6P lens module. And launched the industry-leading SMA (memory metal) drive motor solution. According to reports, mobile phone lenses have become heavier with the increase in the number of lenses, and the thrust of traditional electromagnetic motors is no longer sufficient. The SMA motor is MWC technologies that is smaller but can provide greater thrust. At the same time, because the SMA motor works by direct current heating, it perfectly solves the problem of electromagnetic interference in mobile phones.