Johann Zarco yesterday used his Ducati Desmosedici to marmalise the existing MotoGP top speed record, going through the trap at 225mph (362kmh) at Qatar’s Losail circuit before heading into the gravel at turn one.

For many reasons, the Frenchman was entirely pleased with himself and his Pramac Ducati while factory technical god Gigi Dall’Igna would have been wistfully stroking his beard while looking slightly smug. 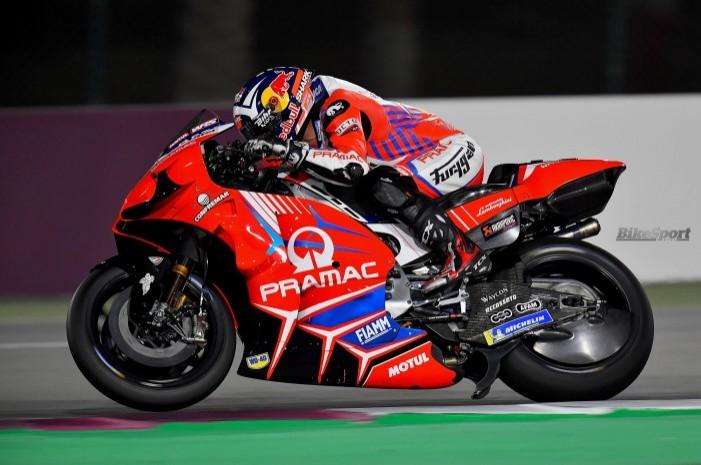 “I achieved top speed thanks to a very good slipstream and because I braked very late. Only the combination of both brought me this. We thought we could do 360kmh but I hadn’t expected 362. We are pleased because something like this is always special,” said the Frenchman at the track.

Now, I can remember when Shinichi Itoh cracked 200mph on a fuel-injected Repsol Honda at Hockenheim in 1993 - there was much rejoicing - but is it all getting a bit out of hand.

If 225mph is possible at Losail, then Mugello will more than likely garner an even higher figure. But if top speeds continue to rise, then eventually some tracks will be deemed not safe enough.

A few years ago, many people spat their dummies when I questioned whether British Superbikes were now too fast for the likes of Knockhill and Brands Hatch Indy. Three riders happened to be in a Scottish hospital at the time.

Now, with a top speed at Mugello bordering on a possible 230mph, we are facing the same situation. There is only so far tracks can be extended to increase run off before they simply run out of land, so eventually, top speeds are going to have to be wound down - via rev limits or increased minimum weight or fuel flow meters or summat.

It is a difficult thing to police, however and some riders are not fans.

“Is this speed dangerous? For me it is already very dangerous from 330 kmh,” said Valentino Rossi last night. “330 and 360 are incredible numbers. I think that all motorsport fans are happy about numbers like this because it is simply impressive. But of course, this speed is also dangerous...”

However, young spunker Pecco Bagnaia, who set the circuit outright lap record yesterday in qualifying, believes it is big and clever...

“If we touch the 360 here is difficult to think about Mugello. I think that Johann in this lap goes wide, because for sure he arrived there with a lot of speed and you don’t know where to brake with this speed, but I think is no more dangerous because we are seated on a very futuristic bike, and everything is the best, on our bike so I think is not more dangerous.”