Hi everyone!I'd like to ask for advice about my bad experience with AppleCare.I've been having problems with my MBP 16" for 8 months (since the end of December 2020), it has been repaired 5 times (4 hardware problems and 1 cosmetic problem caused by the support), in total they have changed:- 2 logic boards- 1 top case- 1 bottom caseI don't know what to do anymore because I continue to have numerous problems (described at the bottom of the message), here is the complete story:On 12/22/2020 smoke came out of the Mac after connecting an accessory: I'll take it to service where the logic board + touch-id is changed.On 25/01/2021 (more than a month later) I was returned the Mac, but I noticed that it had been damaged, so a further repair was performed to replace the scratched bottom case.On 29/01/2021, using the Mac just withdrawn, I encountered new problems (never had before), in particular heavy graphic lags: after a practice of more than a month (sending data to engineers), in which problems appeared to the trackpad and the battery, I was informed that it was a hardware problem and that a repair was needed, however I am denied via mail-in.Not being convinced, I called back and the new operator activated the request for repair by courier without problem.The Mac was withdrawn on 10/03/2021 and returned on 12/3/2021, however, no operation was carried out: "the Mac passed all the tests and we were unable to replicate the problem".The problems persisted so I contacted them: the operator activated a repair once again (the fourth in three months!).The Mac was withdrawn once again on 17/3/2021 and returned on 22/3/2021.In this case the logic board and the touch-id (again) have been replaced; in the repair document it was indicated: "Test of the sensors not passed"... I wonder why all the tests were passed during the third repair and during the fourth repair, with the same practice, the tests were not successful!However, I still have problems, so I'm activated a further repair.After a week that the center in the Czech Republic had received the Mac, I receive an email telling me to pay 626.27 euros + taxes (750 in total) for any liquid damage in the top case, with a photo attached.I am writing an email to the advisor I was in contact with: I explain that I have never brought liquids closer to the Mac, I also point out that the photo does not show any kind of liquid damage ( no corrosion or active LCI).The next day I am confirmed that the apparent damage detected was not caused by me, so the repair is normally carried out under warranty: absurd.The Mac returns on 12/4/2021 and after several tests I find the same problems, however one has been added to the trackpad: the cursor, sometimes, jumps from one side of the screen to the other without showing a linear transition.On 16/4/2021 a diagnosis is made to be sent to the engineering department regarding the problem of the trackpad and battery (replicated live with the support).On 17/4/2021 the Mac has two battery drains and various kernel panics (without any device attached): I contacted the support and the operator Riccardo telling me that the only solution was to wait for a response from the engineering department (which would respond within a maximum of 4 working days) and that he would call me as soon as he received news.On 21/4/2021 I write to the advisor to communicate the new problems to the Mac: I do not receive an answer and I wait the following day.Not having any kind of feedback I decide to recall the support, knowing that I should have changed (again) advisors: Riccardo answers on the phone! He says that this is the first time he has read my practice and that therefore he still had to analyze it, as if that were not enough he informs me that the engineers had responded last monday!A little time passes as I have to make up for the time that Apple has made me waste in recent months.I decide to change advisors and they tell me to send some diagnoses to the engineering department (again) to try to see if it's a software problem: on 14/6/2021 the diagnoses are sent.On 17/6/2021 I receive a call: “engineers say you don’t have MacOS updated”: obviously it’s fake (unless engineers mean Big Sur 11.5 Beta) since Big Sur 11.4 (the installed version) is the latest version available.On 23/6/2021 I receive a call: “the engineers were wrong, MacOS is updated, so they continue to analyze the case”. From that moment on, I no longer receive an answer from the engineers.Totally unacceptable events continue to occur for such a product: distorted output video with external monitor, blockages of the system at random intervals, non-linear trackpad and a new one appears every day.I'm having a bad experience, do you have any advice on how I can act? The advisor says I have to wait for an answer from the engineers (he says he did a follow-up): I didn't buy a 2.7k computer to help engineers do their job, I bought it to use it and since online it seems to be the only one to have these problems it is obvious that it is my Mac that has something wrong.Thanks very much, 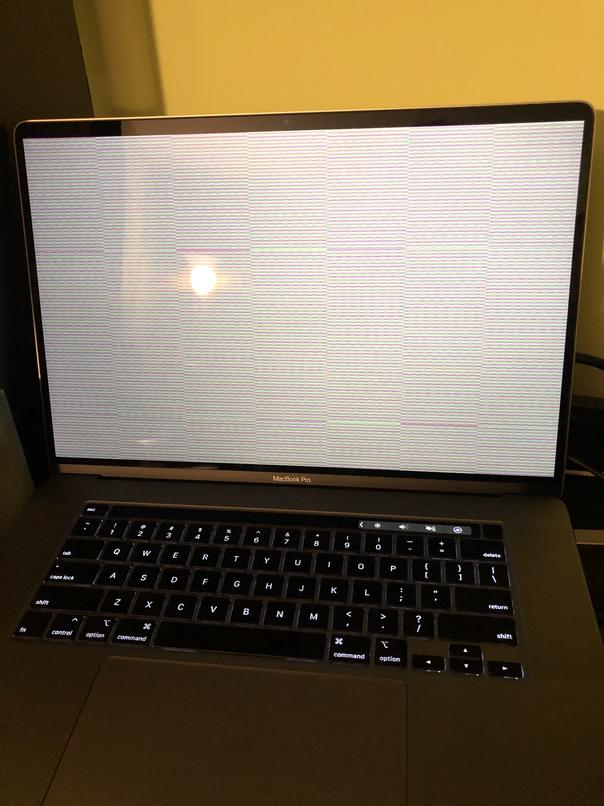