Six years ago, I walked into the Apple Store as a soon-to-be university student and purchased my first ever personal computer, the 13-inch MacBook Pro from early 2015. Over the years, this trusty device served me well throughout my time in higher education. It’s even followed me as I started my career as a full-time tech journalist at Tom’s Guide.

And the laptop has been perfect for virtually everything I’ve ever needed it for, from late-night academic research and photo and video editing to putting together the very article you’re reading now.

Other than sentimental reasons, there are a few other explanations as to why I’ve been holding onto my 6-year-old machine. Apple has released an array of MacBooks in the past several years, including the recent Apple silicon

. However, up until now, nothing managed to meet the standards set by the 2015 model.

I’m a nomad at heart; I prefer the portability of laptops since they allow me to roam freely around my space throughout the day and write on whatever surface happens to catch my eye. Sadly, there’s no denying that my MacBook Pro’s age is starting to catch up with it; I’ve already seen my fair share of software crashes and unwarranted reboots, especially when running more processor-heavy software such as Final Cut Pro. For this reason, my go-to device has become my Windows-powered

However, as much as I love my PC laptop, I still very much consider myself a Mac user who holds an undying love for Apple’s aesthetics and intuitive user interface. My MacBook Pro 2015 is a sleek little thing that I can easily bring with me to the coffee shop, knowing full well that I’ll have enough battery to get through a decent chunk of work. Unfortunately, the Razer Blade 15, being a gaming laptop and all, can’t offer such assurances.

I certainly came close to ordering the

when it launched in April and that

blew me away with its sleek new design, flat edges and exciting range of colors. Unfortunately, a stationary desktop computer just wasn’t fit for my lifestyle.

, according to Bloomberg’s Mark Gurman. And as we inch closer to the reported fall-time launch, my anticipation is building, especially if you listen closely to the features that the latest MacBook model will allegedly bring back from its 2015 version.

First, let’s discuss the reports that the upcoming MacBook Pro 2021 is tipped to be powered by the new M1X Apple Silicon chip. This new Apple Silicon component is set to be an upgraded version of the current

, reportedly offering a sizable improvement in processing power. While the M1 chip is already impressive enough, having won the Tom’s Guide

, who are we to complain about more CPU and graphics muscle?

Rumors regarding the potential return of the Magic Keyboard are another reason why I’m excited. Since mid-2015, Apple’s flagship laptops carried a thin butterfly keyboard that did not exceed expectations, to put it lightly. In fact, many consumers complained that the keyboard had such an unreliable build that a

has recently been allowed to proceed, arguing that its low-travel mechanism could be rendered useless by even the smallest amounts of dust or debris.

I briefly debated whether or not to invest in a new MacBook shortly after graduating from university. However, after walking into the Apple Store and briefly putting my hands on the keyboard of the then-latest model, I was discouraged to say the least. To me, the overly-sensitive butterfly keyboard offered too little tactility, often making me second-guess whether I’d actually hit the desired key.

of the built-in SD card making a potential return in the MacBook Pro 2021 are a relief. At university, this slot was incredibly useful on countless occasions as part of the various photography courses and video editing sessions I’ve had to endure. Even now, as someone who deals with multimedia formats on a near-daily basis, it’s nice to be able to upload original photographs from my DSLR for some quick edits without having to buy and lug around a dreaded USB hub.

I also expect that several of the

tipped to return from the MacBook Pro 2015 would make the prospect of hybrid working easier for some office workers. With the HDMI port expected to make a reappearance, connecting the MacBook Pro 2021 to an external monitor would be as easy as one-two-three, making hotdesking that much easier.

, MagSafe-enabled charging is back on the table too, sidelining the USB-C charging port that’s been included in every MacBook device from 2015 onwards. As my colleague Henry T. Casey

, the MagSafe feature wasn’t perfect, though it did a good job preventing those inevitable cable tugs from sending your laptop crashing onto the kitchen floor. And that’s a win in my book. 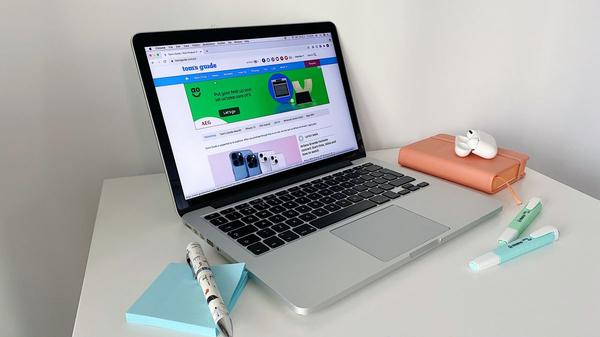 Ming-Chi Kuo also reports that the new MacBook Pro 2021 is expected to incorporate flat edges into its design, similar to that of the iPhone 12. Full disclosure: I’m an absolute sucker for a standout look. In my opinion, out of all the major tech brands, Apple is one of the very few that consistently manages to deliver some of the most aesthetically-pleasing designs on the market.

I also can’t help but hope that Apple will implement some interesting color options for the upcoming MacBook Pro 2021, considering that its latest products — namely the

— were all made available in a variety of shades. Obviously, this isn’t the most important aspect when choosing an expensive laptop, but it sure helps.

If the rumored MacBook Pro 2021 does indeed hit the shelves alongside the upcoming iPhone 13 lineup this fall — and provided the above features are all included in the final design — you can safely count me among those who will be lining up for the new device. With rumors of an updated Apple Silicon chip, coupled with the potential return of several of the MacBook Pro 2015’s best features, I have high expectations for what Cupertino has to offer.

How to check MacBook battery health

Denise is a news writer at Tom’s Guide covering consumer tech, gaming software/hardware, streaming, and more. When she’s not playing horror games, she’s a part-time piano enthusiast and experimenting in the kitchen. You can reach her at