Lucid Motors is on the precipice of completing a

that will give the

electric vehicle startup $4.5 billion in fresh capital. But the deal is being held up, in part, by spam filters.

The California-based startup is merging with

, called Churchill Capital IV that is already listed on the New York Stock Exchange. For the merger to go through, Churchill shareholders have to approve a number of proposals that outline the terms. That vote was supposed to close today, but Churchill

extended the deadline to Friday

because not enough shareholders have approved a key proposal.

There are a few possible reasons why. The first is the spam filter issue. To participate in that vote, shareholders are sent a specific code. It’s possible, Churchill chairman Michael Klein said on a call with investors on Thursday, that some shareholders haven’t voted yet because these codes went straight to spam.

“some of those emails may have gone into your spam folder”

“It should have been mailed or emailed to all stockholders. I know this is technical. And I know that some of those emails may have gone into your spam folder or otherwise. But it’s critical and important to vote and to have the tools to vote,” he said. “I need to remind you to check your emails, and check your spam emails.”

The other reasons have more to do with just how wild the stock market has gotten in the last two years. Churchill announced the merger in February, and in the months since, its shares have been one of the most heavily traded of all the SPACs on the market. Some of that comes from people really believing in Lucid Motors and its potential in the growing market for electric vehicles. But since the beginning of the pandemic there’s been an enormous influx of “retail traders,” everyday people buying and selling stocks on

apps such as Robinhood 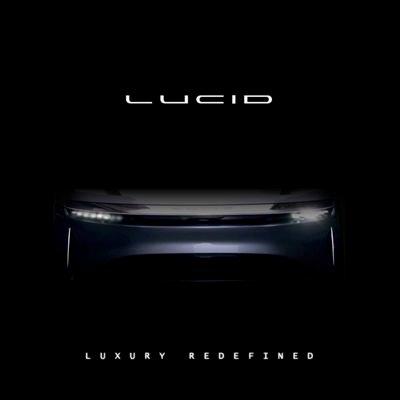 , the more popular Churchill stock became, the more it may have looked like a good way to make some money.

Since many of these retail traders are new to the stock market, they’re less likely to understand the vagaries of SPAC mergers. That’s fine; most people had never heard of SPACs before they took off last year. But if they simply bought what they thought was a hot stock, they may not even know about the vote in the first place.

“We welcome all of the new shareholders,” Klein said Thursday. “However, we need you to participate in the election process. In particular, if you are participating from the new trading platforms, the new apps that may not necessarily be directing you clearly to a voting service — we need your vote.”

Lucid Motors CEO Peter Rawlinson made a similar plea. “I want to be super clear about this. I need you to vote for proposal two,” he said. “It doesn’t matter how large or small you are. Every single investor vote counts, we’re all in this. So whether you’re a Robinhood trader or managing your portfolio via a traditional brokerage, please, please vote.”

Finally, since apps like Robinhood have lowered the burden to play the stock market, retail traders are more likely to turn around and sell the shares they buy instead of holding on through the merger. And this can make it hard for companies to know who owns their shares.

Some SPACs are having trouble running down shareholders

Public companies use third-party services known as “proxy solicitors” who are supposed to keep tabs on shareholders so they can be reached when it’s time to vote on company matters. But this has gotten harder because so many people are trading SPAC shares, an employee of a company that recently merged with a SPAC tells

. This person said the spreadsheet their company received from the proxy solicitor was full of disconnected numbers or old AOL email accounts. Even when the company was able to track down the shareholder to ask them to vote, there was a good chance that person had already sold their shares to someone else.

Klein and Rawlinson said they still expect the merger to close on Friday, and for Lucid Motors to take Churchill’s place as a publicly traded company on the Nasdaq. And while they’re

to approve a SPAC merger, the $4.5 billion investment hanging in the balance makes this last-minute delay feel just a bit more precarious.