, and the late American mythologist

, whose work will be curated through his foundation.

will launch in October and are now open for signups. Book clubs are priced at

per month, and members will receive a print copy of their luminary's book selection each month along with a note and special packaging. They will also be first in line to access Literati's community's iOS app. Currently in beta, the Literati app is a platform for members and luminaries to connect and exchange ideas about each book. The app will be in limited release when clubs launch in October.

"We believe in the power of books to inspire lifelong learning and spark a deeper conversation," said

, Literati's CEO and founder. "Our luminaries are looking to provide something uniquely valuable to the world. Whether it's surfacing underdog writers, highlighting new female voices, or sharing beloved books from their private collection, their selections carry a deeply personal meaning."

is an exploration of what it means to break barriers. It will include powerful stories of people—from sports to social justice—who defy the odds to achieve true greatness."I'm excited to launch a book club that aims to highlight the journeys and triumphs from storytellers who have too long been overlooked," said Curry. Adding, "I've been intentional and really thoughtful about my picks to ensure the club is inclusive of diverse perspectives from women, people of color, and other underrated voices." 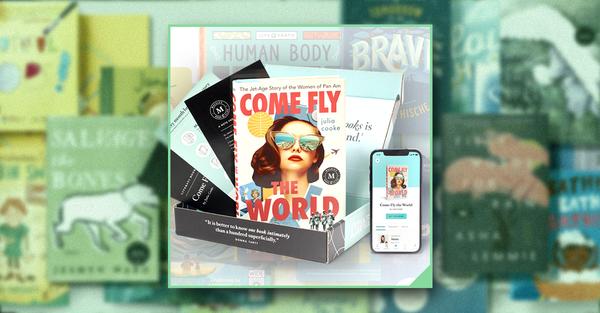 amplifies the work of authors the world too often neglects. It will include prominent writers and new voices – women with bold ideas, storytellers who show the world from their perspective, and characters that capture your heart. "I am passionate about books that advance new ideas and ways of thinking about the world, and books that reveal places and people I couldn't otherwise meet," she said. "I want to give readers titles that will inspire them to find comfort and power in their own stories."

The platform will also feature book clubs with

and the late mythologist

, will include books from her own personal library. She will choose favorite titles that she has often pressed on her own friends and family to read.

will include powerful stories of adventure and advice that have played a major role in his life and career.

, will feature modern selections from the Joseph Campbell Foundation, as well as titles that Campbell himself loved. The Foundation will select a number of contemporary mythologists to moderate the book club in the app.

To date Literati has been focused on its children's book subscription product, which will now be called Literati Kids. The new expansion into book clubs for adults furthers Literati's mission to connect with all readers and build community around books and literature.

Literati is a subscription book club company. Since 2017, Literati has provided a unique try-before-you-buy book club service to kids 12 and under. Most recently the company has expanded its product line, offering book clubs curated by "luminaries," a collection of authors, intellectuals, and other notable figures.