While many are under the impression that Google and other Big Tech representatives achieved organic growth, it is no secret that former owes part of its success to grants from the NSA, CIA, and DARPA under the MDDS (Massive Digital Data Systems) initiative. Among its vast holdings, Google now owns the Android ecosystem as well, accounting for 73% of the mobile OS market share.

As a result of Google’s pedigree, a demand for privacy and greater control has emerged in the form of privacy-focused ROMs. Some prefer custom ROMs to remove their phone’s default bloatware, while others seek greater security and privacy features. LineageOS became renowned for its stability, wide device support, a Google-less environment, and unique features while still retaining the Android experience.

LineageOS is by far the most

, as an open-source firmware, with

It started its journey under the name Cyanogen, having been released all the way back in 2009 for HTC models Dream and Magic. In those early Android days, Cyanogen’s core developer was the pseudonymous JesusFreke, eventually giving away the development torch to Steve Kondik.

Kondik was the one that modified Cyanogen to such an extent that it became CyanogenMod. In December 2016, the custom ROM

for the third time, into its current iteration as LineageOS. Since then, the ROM had undergone six versions, each one accompanying the Android Open Source Project (AOSP) version:

As its name suggests, this rich lineage has a very practical effect—exceedingly wide support that extends to over 190 mobile devices. Moreover, LineageOS even retains compatibility for some older models. For example, it still supports Nexus 6, which was released the same year as LineageOS in 2016.

Integrating and expanding its predecessor’s features, the firmware offers:

Extended Access Point Name (APN) list, which is your phone’s settings for connecting your SIM card to the internet

Most importantly, LineageOS is free of spyware and bloatware, so often present by default on devices when first purchased. Overall, users tend to report greater performance, reliability, and stability compared to default firmware versions.

What Phones Can Run LineageOS?

. The fastest way to figure out if LineageOS supports your phone is to press CTRL + F and type in the model name in the search bar.

All major manufacturers, including Samsung, Google, Motorola, and OnePlus are on the list.

How Private Is LineageOS?

LineageOS doesn’t come with Google apps. This alone prevents the background flow of information from your phone to Google’s servers.

As for its embedded privacy features, up until the 17.1 build, the firmware had an impressive Android Privacy Guard (APG) option. It provided strong encryption compatible with Pretty Good Privacy (PGP) and GNU Privacy Guard (GPG) cryptographic protocols.

However, after the release of stock Android 10, it no longer became necessary as that build offered almost identical encryption functionality.

Why You Should Install a Custom ROM

In June 2018, from build 15.1 onward, LineageOS introduced Trust to address a number of privacy concerns within a single interface. Primarily, Trust was designed to fill the security gap between Google’s rollout of monthly patches and the vulnerabilities they actually covered.

—users have a centralized interface covering all security and privacy features.

The Trust icon is constantly visible in the status bar, indicating which action is being taken, or which one needs to be taken. You can even use Trust to set up SMS limits for apps.

How Secure Is LineageOS? 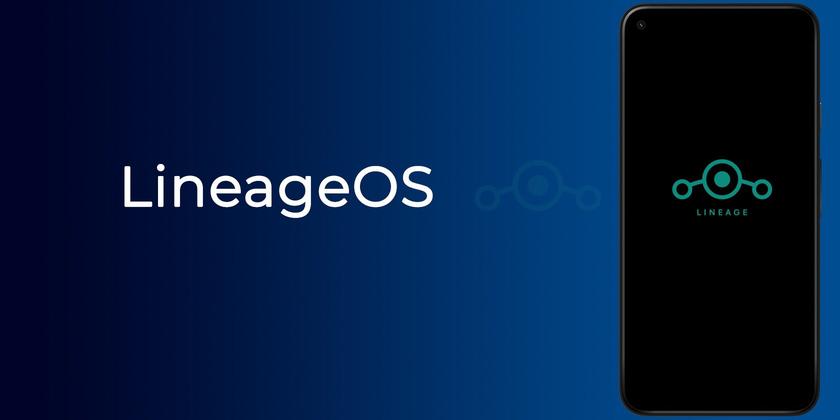 LineageOS has Security-Enhanced Linux (SELinux) enforced by default. Originally, this security enhancement had been developed by NSA to fortify the Linux kernel.

When enabled, SELinux tightens the access to apps and services running in the background. This means that malware and hacking attempts have exceedingly limited venues to hijack processes.

Similar to SELinux, LineageOS also prevents signature spoofing by default. This is a process in which checking apps for validity is disabled. In other words, under signature spoofing, apps can fake other apps. On all Android phones, apps are identified by its package name. With spoofing enabled, a malicious app could replace an app with the same package name.

Although signature spoofing makes it more convenient to install any app, LineageOS errs on the side of caution by not allowing it to run by default.

In a nutshell, LineageOS gives you total and precise control over app access, while enabling or disabling key security features by default.

How Do I Put LineageOS on My Phone?

. Of course, by flashing your ROM, you will automatically wipe your phone’s data, so make sure you have it backed up first.

What Apps Work on LineageOS?

As previously mentioned, Google apps are not bundled with LineageOS. Nonetheless, as you would expect from the custom ROM ecosystem, they can still be installed via the streamlined

. This way, you can have it both ways—continuing to work with your favorite apps, but without the baggage of Google’s services.

, simply flash the zip file from the custom recovery. Likewise, in the absence of Play Store, you can download and

, Aptoide, or Aurora Store. Unlike software bundled within GApps that needs to be flashed, from these stores, you can just download and install standard APK files.

How Do I Update My LineageOS?

Thanks to OTA (Over the Air) delivery, LineageOS updates work in the same way as regular Android updates, accessible from the Settings menu.

Why Should You Install LineageOS?

A global computer chip shortage has hiked the prices of electronics across the board, from computers to smartphones. In this harsh market environment, instead of buying a new smartphone well above its MSRP price, LineageOS is there to extend your phone’s lifecycle.

Not only can you access the latest Android OS features for older hardware, but LineageOS removes all the bloatware you never used, only to drain your phone’s storage and memory. In addition to leaner performance, this privacy-oriented ROM gives you total control over every app. Lastly, you will be hard-pressed to find a custom ROM with a wider device support than LineageOS.

Want the highest level of privacy and security on your Android phone? The CopperheadOS custom ROM might be for you.

Rahul Nambiampurath started his career as an accountant but has now transitioned into working full-time in the tech space. He is an ardent fan of decentralized and open source technologies. When he's not writing, he's usually busy making wine, tinkering with his android device, or hiking some mountains.