Devon Key is an undrafted free agent looking to make the Kansas City Chiefs’ 53-man roster. Can he do that this year?

After every NFL draft players who do not get drafted end up becoming undrafted free agents.This gives any team in the NFL to add this player to their roster.

, and one many Kansas City Chiefs fans would be aware of is

.So far in 2021, the Kansas City Chiefs have signed eight UDFA.

Kansas City Chiefs: Keep an eye on Devon Key, a former defensive back for Western Kentucky

Key will be competing for a spot as a strong safety, going against the likes of Armani Watts, and Rodney Clemons.The rosters will be cut down to 53 men and I look forward to seeing if this young, hungry football player will make this roster. 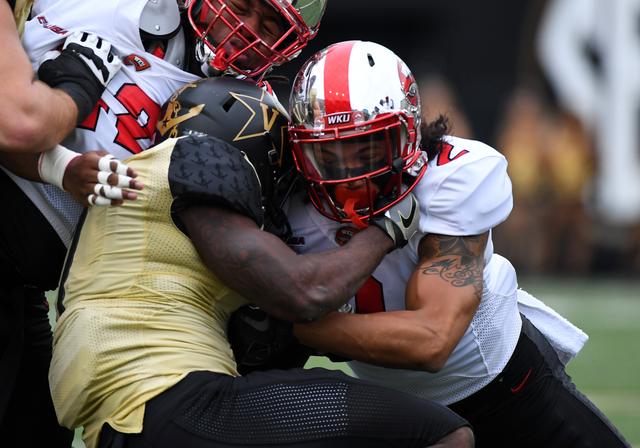 Kansas City Chiefs: Key’s performance on the football field has always been solid

Devon Key has been on notice at the Kansas City Chiefs training camp.

According to Western Kentucky

The young defensive back would get to learn from an absolute star, Tyrann Mathieu

Devon Key was projected to go in the 6th or 7th round but unfortunately he did not end up getting drafted.During the draft process he was in talks with the Kansas City Chiefs and even spoke with Head Coach Andy Reid.

This aided in Key’s decision to sign with the Chiefs.He also gets to learn from one of the best to ever play the position in

.The three-time 1st team All-Pro sets the example, and is a

role model for the young player

Mathieu is always the first or one of the first players on the field, and sets the tone for the secondary.In Steve Spagnuolo’s defense, Mathieu plays all over the field and Key could find himself on the field in certain situations.

The first update to the 90 man depth chart was released August 9.Key has worked his way up the list and sits second behind Mathieu. As he continues to learn, and become familiar with the expectations, Key could be a great find, and addition to this Kansas City Chiefs secondary.

The Kansas City Chiefs will be starting their

on Saturday, August 14 at 7:30 p.m., opening things up on the road against the San Francisco 49er’s.Like many, Key will be one to keep an eye on as the season inches closer and the rosters begin to trim down.

10 reasons for KC Chiefs fans to be excited about 2021