In the days before the iPod touch, an iPod was for music and maybe video, but certainly not GPS or internet access. That hasn’t stopped some owners of earlier iPods looking to get such functionality onto their media players, and while

won’t have you surfing the web, it does give him basic GPS functionality on his first-gen iPod nano.

Ben took advantage of the nano’s 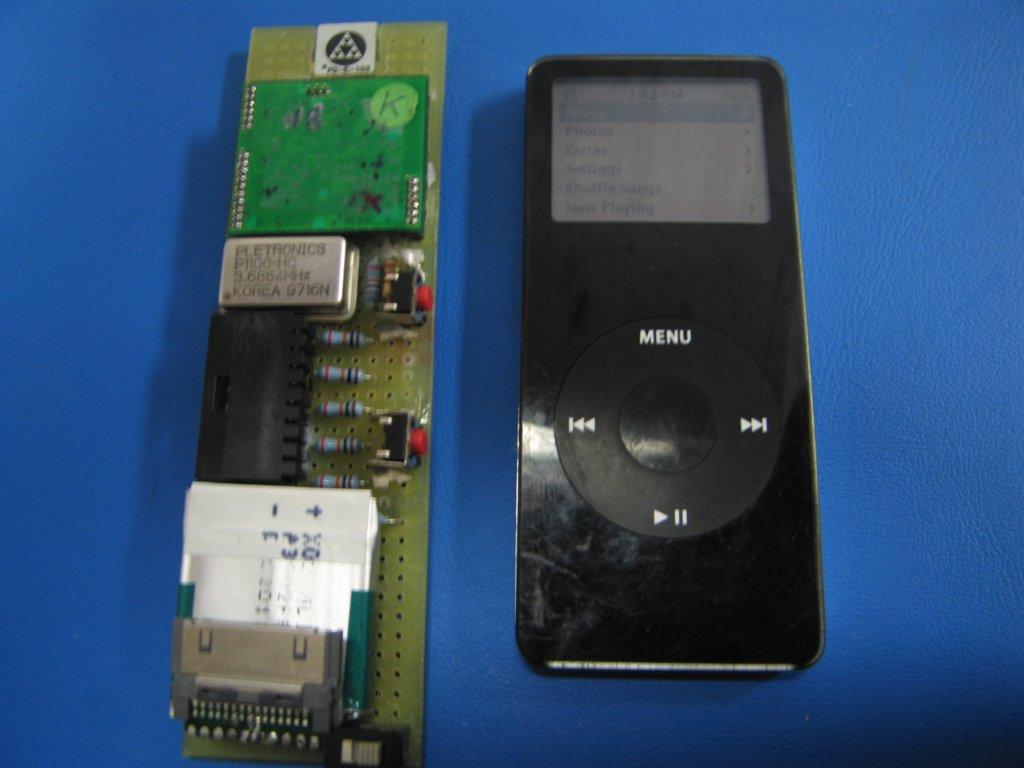 , which was used to display 4-color images on the PMP’s display from attached hardware such as car-kits. After sniffing the serial stream from an old Alpine unit that supported the AiR functionality, Ben figured out the system and used a Nemerix GPS reference board to output data the iPod could display.

The result is an iPod which will show not only latitude and longitude, but velocity. The screen updates at approximately 1Hz, and can also display information on which satellites the receiver has a lock on, and the signal strength.