Purging the pager in healthcare has been a long-term goal for many organisations across the globe. Jennifer Trueland spoke to Trey Lauderdale from Hillrom about why the transformation of clinical communication won’t happen overnight.

Around 12 years ago when Trey Lauderdale was a young graduate, he was rather surprised to see the old-fashioned ways that healthcare staff were communicating with each other – so he decided a revolution was needed.

His idea was to use emerging smart phone technology to rid hospitals of “outmoded” devices like pagers with the aim of improving patient safety and outcomes as well being beneficial for the working lives of clinicians. With this in mind, he started a company to put his vision into reality.

“I was working in healthcare and I quickly realised that the tools that doctors, nurses, clinicians were using in their day-to-day life for communication were quite antiquated – they were using devices like pagers, like voice over IP phones, and usually clinicians wouldn’t just carry one pager, they’d carry two or three different ones,” Lauderdale says.

“In parallel, I realised that medical devices that were sending notifications were getting smarter and smarter – you had smart beds, smart pumps, the EMR [electronic medical record] was evolving, and everything was becoming less paper-based. So, you had all these devices that were getting more advanced, but at the end point, what the clinicians were carrying simply wasn’t evolving at all.”

Around the same time, Apple’s iPhone was beginning to take hold in the market, although it wasn’t necessarily seen as a business tool (at that point, BlackBerry was the enterprise phone of choice).

Still, Lauderdale saw an opportunity: “What I realised was that the iPhone wasn’t necessarily a phone; it was a hand-held computer that could run multiple applications.

“Today, everyone knows that, but back then it was a novel concept. So I put one and one together which was, you’ve got all those pagers and legacy communication devices, and then you’ve got this amazing piece of technology, which can be a computer in the palm of your hands. And I figured, wow, someone should start a company to enable this device to be in the hands of every single nurse, every single doctor, to enable them to use this not just as a phone for their work at the hospital, but as a device to receive notifications, to let them send text messages, to enable them to communicate and collaborate with their peers in a really secure and robust way.”

That set of realisations led to Lauderdale founding Voalte, a company set up to do just that. In the decade that followed, Voalte, working with some of the leading academic medical centres in the US, became one of the market leaders in communications solutions.

Two years ago, the company was acquired by Hillrom, which has been expanding from its origins as a hospital bed company to become a medical technology company.

As a result, Lauderdale moved to Hillrom, where he now leads the company’s care communications unit. As such, he is responsible for the Voalte mobility communication solution as well as other digital communication and notification products and initiatives.

Lauderdale – who was 26 when he started plotting his healthcare communication revolution – certainly doesn’t underestimate the inherent challenges, and he knows there’s a huge amount of work to do to realise his initial vision.

For one thing, getting rid of pagers isn’t as simple as it might at first seem, as many NHS organisations know. In February 2019, the NHS in England was told to stop using pagers by the end of this year, which certainly helped to focus minds.

“There’s a reason why pagers still exist in healthcare today, in the NHS and the US. The workflow challenges are there, and it’s hard to enable the change because healthcare tends to be quite risk-averse. If you miss a message or a page or if a code blue doesn’t go to the right location, we’re talking about patients’ lives. So there needs to be a real belief that the system will work reliably, it needs to be ingrained in the clinician’s workflow in such a way that it makes their day easier.’

Making it easier to contact the person you need to, when you need to, is definitely a way to take hassle off a clinician’s plate – and that’s what his solution does, Lauderdale argues. Effectively, it’s bringing the lessons from the world of consumers into healthcare.

“Don’t judge me,” he laughs. “I don’t know my mother’s phone number. But every Sunday I pick up my iPhone, I tap in Grace Lauderdale, and I talk to my mom. That same kind of experience needs to be enabled for our clinicians. If I’m a nurse, and I need to reach the on-call cardiologist, I shouldn’t have to go look up a call book or a white board and figure out what pager that person is carrying, and then call the pager, and hope they’ll call me back. I should literally take out an iPhone, I should see ‘on-call cardiologist’ and I should be able to tap a button.

“It’s very much the concept of taking the experience and the workflow we have in our consumer lives, putting in a series of enterprise controls so it’s secure, so the data can’t be accessed by third parties, and making sure that workflow makes our clinicians’ lives better.”

Although Lauderdale is clear about the benefits of ditching the pager in most cases, he accepts that the NHS will struggle to meet the end-2021 deadline.

“In the US we’re on a similar journey to get rid of these devices, but the challenge you face – and this might be a terrible analogy – is that pagers are like the cockroaches of healthcare. You kind of think you’ve killed them and then you find another one and another one; they just keep popping up,” he says.

Part of the problem is that they [pagers] have become embedded or calcified into the health system over decades, in some cases linked to a proprietary system, and people are accustomed to handing them over at the end of shifts.

“It’s easy to make grandiose statements about getting rid of pagers, but once you get into the actual workflow of making that happen, it’s complicated,” Lauderdale argues. 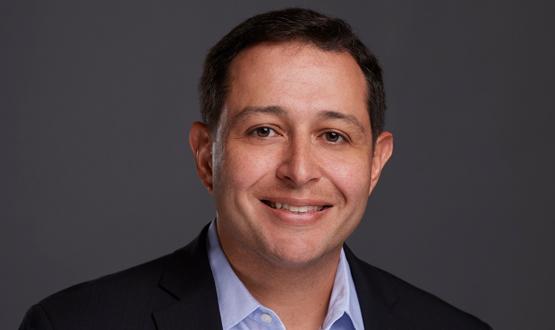 “What starts as an apparently simple pager replacement project can quickly snowball into fundamental workflow redesign.”

This isn’t a problem, he adds, so long as healthcare organisations recognise that transformation won’t happen overnight.

“Our view is that it really does have to be a journey,” he says. “When we work with healthcare organisations our recommendation isn’t ‘hey, let’s turn off pagers tomorrow’. It’s very much ‘let’s enable a smartphone-based communication strategy’.

“Figure out how your shift-based workers can use shared smartphone devices, then figure out with your providers how they can use their own devices. Then over time, integrate the key systems as necessary to facilitate a new way of thinking about clinical communication.”

Over the next decade and beyond, Lauderdale believes there will be plenty of opportunities in healthcare and is delighted that Hillrom is one of the suppliers on the NHS procurement framework for clinical communications.

“I think there’s a key role for us to play in helping NHS organisations transform digitally,” he concludes.

“It’s a great industry to be in and I’m very excited about the future.”

and how to build a powerful communication platform at an upcoming Digital Health Best Practice webinar on July 21.

Another view: of age being a barrier to tech