You may have noticed that what appears to be

, has leaked online, and some enterprising soul has already put it on the old

could take cues from the worst version of Windows 10

How to upgrade to Windows 10 for free

It also meant that Microsoft’s now-canceled

was installed on the smartphone, and now we’ve seen a brief glimpse of Windows 11 running on the handset.

While we don’t know how well Windows 11 will run on the smartphone, it’s an impressive feat, and a testament to the Lumia 950XL, which can run an unreleased operating system launching six years after the phone went on sale.

It’s also a good sign for Windows 11, showing how scalable the operating system will be.

Does this mean we may see Windows 11 phones? Possibly. After Microsoft’s dalliance with Windows 10 handsets a while back, the company

lost interest in trying to make a Windows smartphone

However, it recently released the

, which is a dual-screen handset that runs a customized version of Android. Could the rumored

stick with Android, or move to Windows 11?

Windows 10X, which Windows 11 is said to take some elements from, was supposed to be a version of Windows designed for mobile and dual-screen devices, so we could see that happen with the new operating system.

However, people using the leaked version of Windows 11 have reported that the tablet mode, which gives Windows 10 a user interface with larger buttons (known as ‘Tiles’), is no longer present in Windows 11.

This may mean that Microsoft is not planning on using it for smaller touch screen devices. However, what has leaked is likely a very early build with many features missing, so a tablet mode could come later. 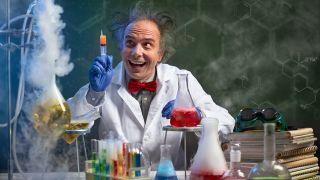 Hopefully, we won’t have long to find out more about Windows 11, as Microsoft is holding an event regarding the ‘next generation of Windows’ on

) is TechRadar's Senior Computing editor. Having written for a number of magazines and websites, there's no aspect of technology that Matt isn't passionate about, especially computing and PC gaming. If you're encountering a problem or need some advice with your PC or Mac, drop him a line on Twitter.