Dumping and burning agricultural waste is a huge problem — causing pollution and contributing to climate change. Now, a new India-based startup called Takachar promises to turn the problem into profits.

What it does: Takachar’s new technology is a small-scale and low-cost piece of farming equipment that employs “oxygen-lean torrefaction” to convert waste biomass into usable fuel and fertilizer with little energy input.

Torrefaction is a thermochemical reaction that occurs at temperatures between 200 and 350 degrees Celsius in the absence of oxygen. The method partially decomposes biomass, resulting in torrefied biomass or char, sometimes known as ‘biocoal.’

Not only is it good for the environment, but it is also beneficial for the farmers because they can sell their carbon-rich waste material for a profit. And, it is good for the environment because the economic benefits can motivate farmers to choose this as an alternative to burning agricultural waste. The oxygen-lean torrefaction process eliminates 98% of the smoke open burning would otherwise create, co-founder Vidyut Mohan told ThePrint.

“[Our equipment] has its origins in the French-style roasting of coffee beans. It roasts the biomass in controlled air [in the absence of oxygen]. It takes out low energy molecules leaving behind carbon-rich material that can be used as fuel or fertilisers,” Mohan said.

Torrefaction technology has been utilized on a large scale for over a century, yet it is still out of reach for farmers in rural parts of the world. This work could provide the technology that will help small farmers transform their agricultural waste into something beneficial. 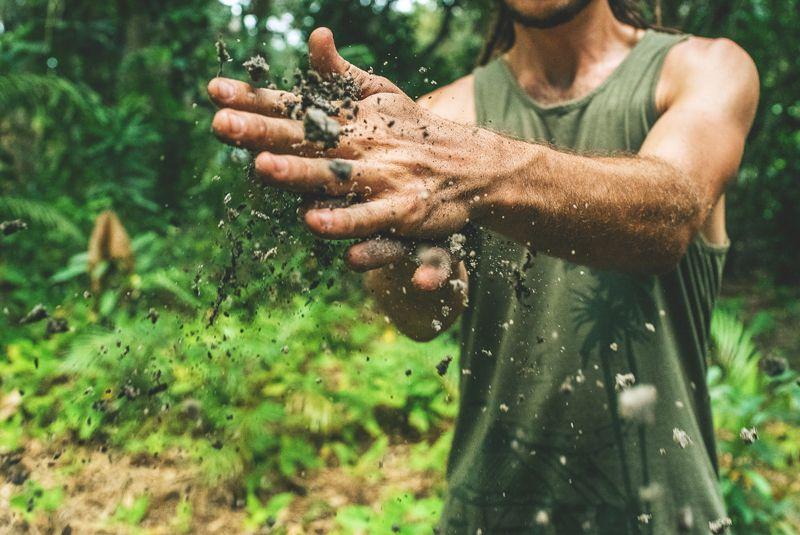 According to Mohan, his team put Takachar’s technology through a successful pilot program in Kenya. The rice residue-turned-fuel from that project was sold to over 5,000 farmers. He and his co-founder Kevin Kung, based in America, are presently working on a commercial pilot program.

Why this matters: Agricultural waste and forest leftovers — about $120 billion worth — are burnt in the open every year across the world. According to Takachar, these leftovers could amount to a $10 billion worldwide market if utilized successfully.

India, where Mohan is from, is the world’s second-biggest agro-based economy. Due to its year-round crop farming, the country produces a considerable quantity of agricultural waste, including crop leftovers like coconut shells and rice residue.

The amount of agricultural waste in the country is upwards of 500 metric tons each year on average. While the bulk is utilized for feed, 92 million tons is burned each year, primarily in the north. According to a 2014 Stanford study, burning biomass in the open accounts for around 18 percent of carbon dioxide emissions worldwide. Crop residue burning is also huge problem for air quality — causing health issues and contributing to global warming.

Winning the “Eco Oscar”: Last month, Takachar nabbed one of the prestigious Earthshot awards, a newly established prize organized by Prince William and Kate, the Duchess of Cambridge, to recognize projects that demonstrate “human ingenuity” in reducing the environmental effect of climate change. Takachar was awarded the top prize in the “Clean our Air” category.

“The prize means a lot as it gives the project a global scale and also offers us access to crucial support and funding,” said Mohan at COP26, reports The Hindu. The prize money amounts to one million pounds (​​$1,364,400).

We’d love to hear from you! If you have a comment about this article or if you have a tip for a future Freethink story, please email us at tips@freethink.com.