Gertrude the pig rooted around a straw-filled pen, oblivious to the cameras and onlookers — and the 1,024 electrodes eavesdropping on her brain signals. Each time the pig’s snout found a treat in a researcher’s hand, a musical jingle sounded, indicating activity in her snout-controlling nerve cells.

Those beeps were part of the big reveal on August 28 by Elon Musk’s company Neuralink. “In a lot of ways, it’s kind of like a Fitbit in your skull with tiny wires,” said Musk, founder of Tesla and SpaceX, of the new technology.

Neuroscientists have been recording nerve cell activity from animals for decades. But the ambitions of Musk and others to link humans with computers are shocking in their reach. Future-minded entrepreneurs and researchers aim to listen in on our brains and perhaps even reshape thinking. Imagine being able to beckon our Teslas with our minds, Jedi-style.

Some scientists called Gertrude’s introduction a slick publicity stunt, full of unachievable promises. But Musk has surprised people before. “You can’t argue with a guy who built his own electric car and sent it to orbit around Mars,” says Christof Koch, a neuroscientist at the Allen Institute for Brain Science in Seattle.

Whether Neuralink will eventually merge brains and Teslas is beside the point. Musk isn’t the only dreamer chasing neurotechnology. Advances are coming quickly and span a variety of approaches, including external headsets that may be able to distinguish between hunger and boredom; implanted electrodes that translate intentions to speak into real words; and bracelets that use nerve impulses for typing without a keyboard.

Today, paralyzed people are already testing brain-computer interfaces, a technology that connects brains to the digital world (SN: 11/16/13, p. 22). With brain signals alone, users have been able to shop online, communicate and even use a prosthetic arm to sip from a cup (SN: 6/16/12, p. 5). The ability to hear neural chatter, understand it and perhaps even modify it could change and improve people’s lives in ways that go well beyond medical treatments. But these abilities also raise questions about who gets access to our brains and for what purposes.

We asked members of the public for their take on the ethics of new brain technology. A sampling of their quotes are on the following pages.

Today, codes of ethics and laws govern research, medical treatments and certain aspects of our privacy. But we have no comprehensive way to handle the privacy violations that might arise with future advances in brain science. “We are all flying by the seat of our pants here,” says Rafael Yuste, a neurobiologist at Columbia University.

For now, ethics questions are being taken up in a piecemeal way. Academic researchers, bioethicists and scientists at private companies, such as IBM and Facebook, are discussing these questions among themselves. Large brain-research consortiums, such as the U.S. BRAIN Initiative (SN: 2/22/14, p. 16), include funding for projects that address privacy concerns. Some governments, including Chile’s national legislature, are starting to address concerns raised by neurotechnology. 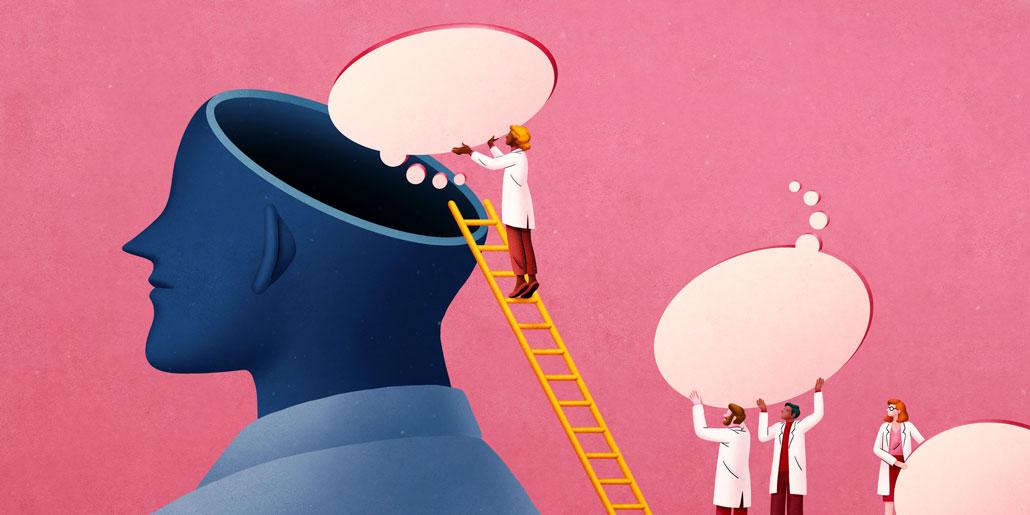 With such disjointed efforts, it’s no surprise that no consensus has surfaced. The few answers that exist are as varied as the people doing the asking.

A bracelet studded with electrodes can detect tiny nerve impulses on the wrist. The bracelet (shown) uses electromyography, which picks up the behavior of nerve cells that control muscles, to eavesdrop on signals that move from the brain to hand muscles. Developed by New York City–based CTRL-Labs, a neural interface company acquired by Facebook Reality Labs in 2019, the bracelet allows users to play chess in a virtual room, control a hand avatar and type with tiny movements from inside a pocket, for instance, without a keyboard, mouse or touch screen. The technology is still in development.

The ability to pull information directly from the brain — without relying on speaking, writing or typing — has long been a goal for researchers and doctors intent on helping people whose bodies can no longer move or speak. Already, implanted electrodes can record signals from the movement areas of the brain, allowing people to control robotic prostheses.

In January 2019, researchers at Johns Hopkins University implanted electrodes in the brain of Robert “Buz” Chmielewski, who was left quadriplegic after a surfing accident. With signals from both sides of his brain, Chmielewski controlled two prosthetic arms to use a fork and a knife simultaneously to feed himself, researchers announced in a press release on December 10.

Other research has decoded speech from the brain signals of a paralyzed man who is unable to speak. When the man saw the question, “Would you like some water?” on a computer screen, he responded with the text message, “No, I am not thirsty,” using only signals in his brain. This feat, described November 19 at a symposium hosted by Columbia University, is another example of the tremendous progress under way in linking brains to computers.

“Never before have we been able to get that kind of information without interacting with the periphery of your body, that you had to voluntarily activate,” says Karen Rommelfanger, a neuroethicist at Emory University in Atlanta. Speaking, sign language and writing, for instance, “all require several steps of your decision making,” she says.

Today, efforts to extract information from the brain generally require bulky equipment, intense computing power and, most importantly, a willing participant, Rommelfanger says. For now, an attempt to break into your mind could easily be thwarted by closing your eyes, or wiggling fingers, or even getting drowsy.

What’s more, Rommelfanger says, “I don’t believe that any neuroscientist knows what a mind is or what a thought is,” she says. “I am not concerned about mind reading, from the existing terrain of technologies.”

Headlines and summaries of the latest Science News articles, delivered to your inbox

Thank you for signing up!

There was a problem signing you up.