ASUS has launched a pair of new Chromebooks powered by Intel Tiger Lake processors. The new laptops are the ASUS Chromebook CX9 and the Chromebook Flip CX5, and they offer plenty of power for business users.

First off, the Chromebook CX9 is a traditional clamshell laptop. It can be configured with up to an Intel Core i7-1165G7, which also includes Intel Iris Xe Graphics. That makes this a pretty powerful laptop, especially compared to most other

. You can also get it with up to a 512GB SSD and 16GB of RAM, so this is definitely a premium product.

The display is a 14-inch panel, and you can get it at up to 4K resolution, and the aspect ratio is 16:9. The Full HD panel covers 100% of sRGB, while the 4K variant hits 95%. On the other hand, the 4K panel goes up to 550 nits of brightness, instead of the 400 nits on the Full HD model. There’s also optional touch support, along with support for USI active pens.

In terms of design, the ASUS Chromebook CX9 uses CNC-machined aluminum, and it measures just 16mm thin and weighs 2.31lbs. It meets the MIL-STD-810H rating for durability, with it being tested for drops, shock, panel pressure, and more. ASUS also touts 14 hours of battery life on the Chromebook CX9. 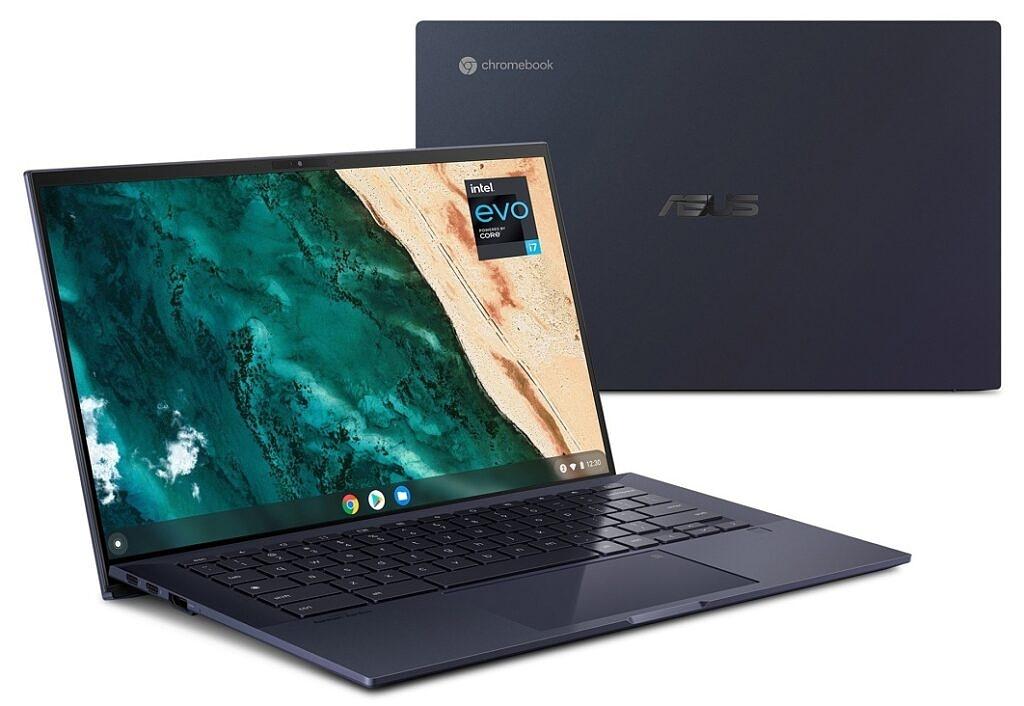 As for the ASUS Chromebook Flip CX5, it’s mostly a convertible version of the CX9. It comes with up to an Intel Core i7-1160G7, which is slightly less powerful than what’s offered on the clamshell version. Otherwise, it has up to 16GB of RAM and 512GB of SSD storage. The display is Full HD with no option for 4K, but now it’s a convertible, so touch support is already included and you can use it as a tablet.

The Chromebook Flip CX5 is also made of aluminum, but it’s heavier at 3.1lbs. That tends to be the case with convertibles, though. Both the Chromebook CX9 and Flip CX5 come with two Thunderbolt 4 ports, plus USB Type-A (two ports on the CX9), microSD card reader, and a combo audio jack.

. The ASUS Chromebook Flip CX5 doesn’t seem to be available yet. ASUS says it will cost $1,049, but it’s not clear what configuration that applies to.