Is this the last ever iOS 14 update?

Apple has just released iOS 14.7 and its arrival is unprecedented: it breaks a record for the most point releases of any iOS version. While it’s true that there was a .7 release to iOS 13, iOS 13.7 only landed in September, after iOS 14 had already arrived—it was there with one purpose only: to add contact tracking for Covid, so not the same thing at all.

Here’s what’s in this update, likely to be the very last iOS 14 release, and how to get it.

How to get it

This update is for compatible iPhones, with iPadOS 14.7 which is simultaneously released for compatible iPads. Compatibility for the phones goes back to the iPhone 6s, including iPhone SE (both the first and current editions), plus the seventh-generation iPod touch. For iPads, if you have any iPad Pro, iPad Air 2 or more recent, iPad mini 4 or newer and iPad from fifth generation onwards then you’re good to go.

Updating is easy as pie, as you’ll know this by now. Go to the Settings app on the iPhone (or iPad) and choose General, then Software Update. Then it’s Download and finally, Install. This is a medium-sized update, less than 1GB for my iPhone 12 Pro Max, so it shouldn’t take long to install.

What’s in the update?

There are some neat extras here, along with important bug fixes.

Yes, the gleaming new accessory that was announced last week, a wireless battery pack for the iPhone 12 Series, is supported in this new update.

Control Timers on the HomePod in the Home app

You can read full details about that

, but this is a useful upgrade which makes it easier to set up multiple named timers using the Home app as well just telling Siri what to do on the HomePod. The first beta had weird wording in the Home app but that’s been fixed since the second beta.

Air Quality in the Weather app

is coming to more countries. It currently shows air quality information in parts of the U.S., U.K., India and Germany, among others, but with iOS 14.7 it offers the same information for France, Italy, Spain, Canada and the Netherlands.

Apple iOS 15: 1 New Feature Will Transform How Millions Use Their iPhone

This has been updated with the ability to choose to see all shows or just the ones you follow.

If you’ve found playback of either has stopped unexpectedly, then this should be fixed now, Apple says. A

message that disappeared on some iPhone 11 handsets is restored now.

showing invalid information while composing Mail messages should be back to normal, too.

, it seems, which should help if you’ve been experiencing connectivity issues.

Read on for details of what was released in earlier updates and Apple’s complete changelog is at the end of this post.

Released on May 24, 2021, this update introduced Apple Card family sharing and Apple Music Spatial Audio and Lossless Audio, though both had the framework, the features did not go live straight away. Instead, they were introduced on Monday, June 7. Podcasts Subscription Support was also added in this update. There were improvements to the Find My app, allowing you to put your email as contact info for someone who found an AirTag to contact you. And with this update you could unlock your iPhone after a restart just with your voice. Security issues that were addressed focused on vulnerabilities in iOS. These included malicious audio files, problems in WebKit, and a bug that affected Apple’s recent Unlock iPhone with Apple Watch feature. 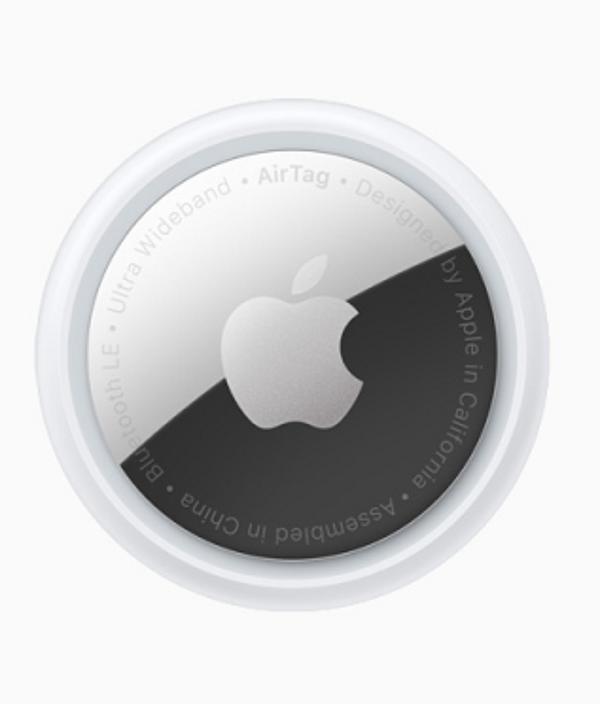 This was a small, bug-fix update, which was released on Monday, May 3. That fix was for App Tracking Transparency. Some users who had disabled the setting Allow Apps to Request to Track and then re-enabled it found that they weren’t getting the prompts they were expecting, where each app would individually ask permission to track. That, according to Apple is what’s been addressed in this update.

Oh, and a bunch of what Apple describes as important security updates.

iOS 14.5 was released on Monday, April 26 with a slew of new features. These include the capability to unlock iPhone with Apple Watch If you’re wearing a mask, more than 200 new emoji and App Tracking Transparency This means that when you launch an app that collects your activity data or tracks you, you can turn off that option. There’s a benefit for iPhone 11 series models to recalibrate battery health reporting and dual sim 5G was introduced. There was the ability to choose your music service, new voices for Siri , a fresh look for Podcasts and the ability to use PS5 and Xbox Series X controllers for gaming on your iPad and iPhone.

These were just the big changes. There was also the AirPlay 2 support for Apple Fitness+, Siri calling emergency services for you and an updated Reminders app with more features. Plus, bug fixes aplenty.

Back on Friday, March 26, Apple released another WebKit fix to ensure that nobody can insert malicious code that would compromise your iPhone use.

Out on March 8, this was an update focused on one function, to fix a vulnerability in WebKit.

Lots of angles to this, released on January 26, 2021. HomePod mini handoff was enhanced, the Set Wallpaper shortcut let you add the image to perspective zoom and there were changes to Accessibility settings. The camera can now handle smaller QR codes, too. You can also now classify Bluetooth audio devices. So, you can say whether they’re speakers, car stereos, headphones or hearing aids. There were also plenty of bug fixes.

Released December 14, 2020, 14.3 was a big release with plenty of new elements, such as support for the company’s latest hardware – AirPods Max – and the introduction of Fitness+. To use it, you need to have a compatible Apple Watch.

Photographers welcomed Apple ProRAW, which allows photos to be captured on the latest Pro versions of iPhone 12 in the new ProRAW format

Privacy “nutrition labels” went live today in the App Store. Apps, including those from Apple, must display information indicating exactly what data is used to track you or to link to you. If you want to use the Ecosia search engine, that’s now an option.

This update landed on November 19, 2020 and was all about fixing issues. Messages had problems in group message threads, which this update sorted. An unresponsive lock screen and problems with Made for iPhone hearing devices were fixed in this update. This update was only for iPhone 12 models.

Released on November 5, 2020, this update brought over 100 brilliant new emoji, new wallpapers with light and dark mode versions, support for the upcoming iPhone 12 leather sleeve, and an improvement to HomePod and the upcoming HomePod mini’s new Intercom feature.

The Magnifier app gained People Detection, using the LiDAR sensor included in iPhone 12 Pro and iPhone 12 Pro Max to reveal how far away people are. This is a real benefit for people with limited vision and is especially useful at a time when social distancing is important.

And now, AirPods battery charging is optimized for the first time, and there was a timely option to give statistics about Exposure Notifications, without identification, to Public Health Authorities. Plus, lots of bug-squishing.

This was released on October 20, 2020 and, like the next iOS update this one included stuff for the HomePod.

Other benefits are focused on fixes and bug squishes. For instance, it means there’s now support for 10-bit HDR video playback, applying to Photos for iPhone 8 and later. Issues with reduced-size icons, folders and widgets were addressed, along with other Home screen problems such as apps disappearing from folders when widgets were dragged was fixed. Mail issues, such as messages sent from an incorrect alias have been sorted. Incoming calls regional info that wasn’t working is now all fixed. Other issues included a screen redraw problem with an emergency call overlap, songs that wouldn’t download and a Calculator app issue were sorted

There were a couple of Apple Watch problems such as the iPhone not identifying the case material on your timepiece have been addressed.

Released on September 24, this update fixed an issue where the default browser and mail settings reset after restarting your iPhone, sorted an issue that prevented camera previews from displaying on, specifically, iPhone 7 and iPhone 7 Plus and a problem where the iPhone wouldn’t connect to wi-fi.

A problem sending emails with certain providers and images not appearing in the News widget, were also addressed.

The Home Screen added Widgets – smart app icons with changing information – on the home screen, revealed an App Gallery to help sort where your apps sit and added Compact Designs. These mean that Siri just sits at the bottom of the screen instead of taking it over completely while calls coming in will be announced just at the top of the screen.

App Clips are something completely new. If you need something an app delivers but really don’t have time to download the whole app, register, set up an account, verify your credentials and so on, then App Clips can help. They’ll work well with something like a parking app, say, when you’re next to the meter and short on time. Instead, you’ll scan the QR code, or tap the NFC tag, on the meter. App Clips downloads just the bit of the app you need and since you log in through Apple, all those things like payment details are sorted, too. This could be amazing as more apps come on stream.

The Messages app is now more capable, so you can now pin conversations you want to find easily at the top of the list, new Memoji options and better layouts for replies.

Maps has been improved, as on the Apple Watch, by the addition of cycle routes, routing for electric vehicles, edited guides to find new restaurants and more.

Translate is designed to make it easy to translate conversations in real time across 11 modes. You can even do this offline, which should save data costs when you’re traveling.

The Weather app can show you how much it’s going to rain in the next hour as well as advising on severe weather events.

New Accessibility features include Back Tap which lets you configure shortcuts when you tap on the back of the iPhone in a particular way.

AirPods Pro get in on the action, too, thanks to extra features which appear on the earbuds when your iPhone has moved to iOS 14. These include Spatial Audio so you can have a surround-sound effect as you watch a movie, say, and seamless device switching. More details

iOS 14.7 includes the following improvements and bug fixes for your iPhone:

•Home app adds the ability to manage timers on HomePod

Tags： how much data does siri use,