WASHINGTON — The Spanish flu nearly simultaneously killed more people worldwide than World War I, a cautionary tale with lessons for today. The cities of Philadelphia and St. Louis treated the virus very differently. Philadelphia went ahead with its “Liberty Loan” parade. Soon after, its hospitals were filled, and 2,600 people died. St. Louis took a different approach, closing schools, churches and almost all public places, and acting quickly, just two days after the first cases appeared. They turned it into a political pandemic – as have the political charlatans of today.

It took the leaders of Philadelphia two weeks to recognize what needed to be done. They spent valuable time debating the governor of Pennsylvania over what measures were needed when they could have gotten ahead of the virus. St. Louis by acting swiftly had a death rate that was one-eighth of Philadelphia’s. It wasn’t called social distancing in 1918 but that’s what they did, and it worked when there was no cure, and no vaccine.

When Covid arrived, we, too, lacked a vaccine, and we did not know enough about the virus. There were some false starts, too much wiping down surfaces and a lot of confusion over the effectiveness of masks. More than a year later, we have vaccines that work and are available and free, and we have the statistics to prove they are saving lives and sparing hundreds of thousands of people from a virus with long term health effects.

The science is solid; the numbers don’t lie. So, if you choose not to get the vaccine, in more cases than not, you are making a political statement.

One third of new Covid cases are from two states, Florida and Texas, where Republican governors are banning mask mandates and cracking down on local jurisdictions and public schools for requiring masks. These politicians are treating the outbreak of the more deadly and more transmissible Delta variant as an optional illness they can pretend is not serious enough to make anyone bother to wear a mask. 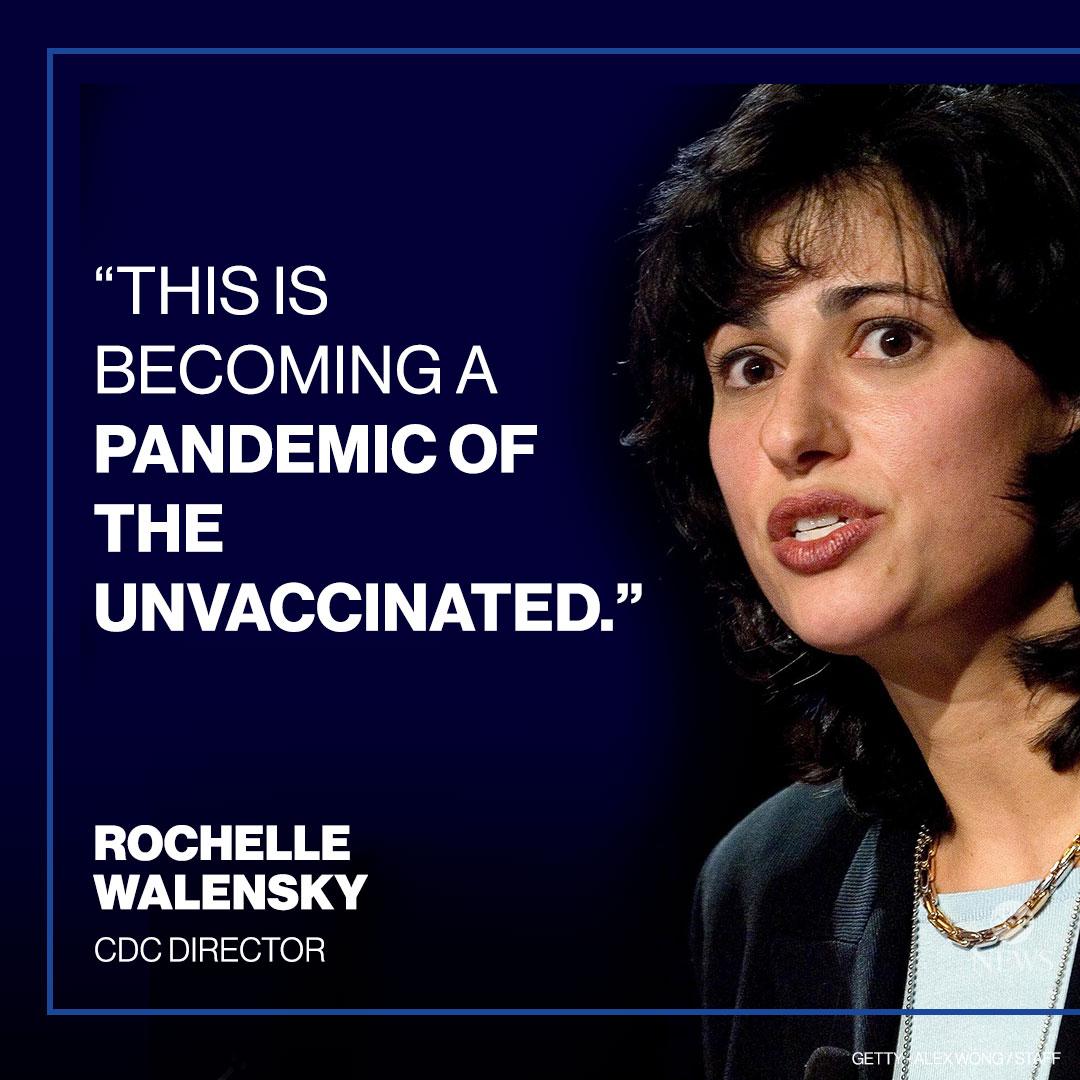 This is unique in our history where one political party (unlike the localized insanity in 1918) takes an anti-science stance and urges its followers to deny what they can see with their own eyes if they choose to look. This is pandemic of the unvaccinated is showing few signs of letting up now that refusal to wear a mask has become a political statement.

Florida Republican Governor Ron DeSantis has threatened school systems he will withhold funds if they make mask-wearing mandatory. In doing so, he is performing for an audience of one, the defeated Mr. Trump, whose endorsement he hopes to receive in 2024. He is putting the lives of his constituents in Florida at risk in this Faustian pact, trumpeting the word: If you’re a solid Republican, prove it. Go maskless.

Trump could take a leadership role in promoting the vaccination of all Americans. Instead, he stays quiet and lets the lies and misinformation spread. Why? It is not because he believes Covid is “just like the flu,” although he did say that early on. To the contrary, he knew how devastating this virus is, telling author Bob Woodward in a phone call on February 7 it is “deadly stuff” easily passed through the air, and he played it down because he did not want people to panic.

The former president should be out there touting the vaccine. His administration’s “Warp Speed” created it in record time, and he deserves credit for that. He and his family were among the first to get vaccinated in early January. He knows how critical the vaccine is to the country’s wellbeing, but he wants to deny his successor credit for controlling the virus that destroyed the economy and with it his reelection. He has blood on his hands.

Douglas Cohn’s latest books are World War 4: Nine Scenarios (endorsed by seven flag officers) and The President’s First Year: The Only School for Presidents Is the Presidency.