The market is still in a waiting mode, with a lot hinging on tomorrow’s jobs report.

Predictions of a volatile, choppy week in the equity markets did not disappoint on Wednesday as the market continued to ride waves of concern about Lambda, the Delta variant’s apparent successor, supply-chain concerns, and strong quarterly earnings while awaiting the end-of-the-week Labor Department payroll report.

After hovering around the 400,000 level in the last couple of weeks, new unemployment claims fell last week to 385,000, a one month low and slightly above analyst’s estimates of 384,000. The unemployment claims numbers are still well above pre-pandemic levels of around 200,000.

The market didn’t react much to the claims numbers, but it’s worth noting that all week we’ve seen the market have trouble holding on to early gains. It also appears to have already digested the better-than-expected earnings season so far in which more than 88% of the S&P 500 companies that have reported have beaten earnings per share estimates.

The major stock indices ended mixed on Wednesday with the Dow Jones Industrial Average ($DJI) and the S&P 500 Index (SPX) finishing lower, but the tech-heavy Nasdaq

Composite (COMP:GIDS) closing higher. Information Technology, Health Care, and Comm Services, the sectors that showed strong performance during the lockdown period, seem to be gaining interest. Overall, the indices are maintaining their upward trend. In fact, a Goldman Sachs

After A 325% Rise, Here’s Why Moderna Stock Has Further To Run

After 5% Rise In A Week, What’s Next For Nvidia Stock?

Should You Buy Caterpillar Stock At $200 Levels?

Some of the strength in the Nasdaq could be attributed to vaccine stocks as well as semiconductors, which also look to be gaining momentum lately. The Philadelphia Semiconductor Index (SOX) had another record close. It’s interesting to see this subsector rise the way it has in light of the chip shortages it has faced. Maybe strong fundamentals are doing their part to keep the chips strong.

More On the Data Side

In the Treasury markets, the 10-year yield fell back below 1.2% and held at the lowest levels since mid-July. The bond markets could have been following the not-surprising news that the Federal Reserve is still on track to begin raising rates off their current near-zero levels in 2023, as long as the economic recovery remains on its current trajectory, according to Federal Reserve Vice Chair Richard Clarida on Wednesday.

Also piquing interest Wednesday was the release of the Institute for Supply Management’s July services index, which surged to a record high in July. Business activity rose as consumer mobility and travel demand picked up over the summer, despite supply constraints. The ISM services index reached an all-time high of 64.1 last month, rising from 60.1 in June, according to the monthly report, which was well above estimates for 60.5. Readings above the neutral level of 50.0 indicate expansion in a sector. 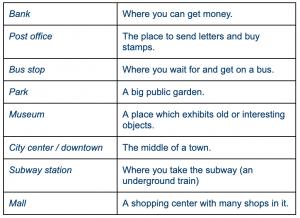 ADP released its private payroll report, showing jobs increased by 330,000 in July, or about half as much as estimated. ADP reported that the slowdown in hiring was across industries, but its surprising low number will most likely mean that the government’s report will have considerable gravitas this month.

It was just a couple of weeks ago when the big news was about crude oil futures (/CL) trading above $70. Yesterday, /CL dipped below that $70 threshold and closed at around $68 per barrel. It also breached its 50-day moving average (MA). Concerns of Covid variants and that demand will be curtailed (see chart below) could be the reason for the three day losing streak. Back in July, /CL dipped below its 50-day MA but it bounced back and moved above it, briefly. Crude is trading slightly higher today. Will it be able to bounce back to the $70 level?

Despite the volatility in the market, the so-called fear-gauge index, the Cboe Volatility Index (VIX), didn’t look particularly menacing. It finished 0.39% lower to 17.97. Though it attempted to hold 20 on Monday, the lack of volatility we’re seeing in the VIX for a market that has been volatile is something to monitor.

We’re not finished with earnings season. After the bell Wednesday, Uber (UBER

) reported Q2 earnings that beat analysts’ expectations for gross bookings, but the stock took a hit on the steeper adjusted earnings income losses that were more than 40% than anticipated. It’s biggest ride-share competitor, Lyft (LYFT

), reported higher quarterly earnings on Tuesday that beat analysts’ estimates but its stock also took a hit on pandemic uncertainty.

Papa John (PZZA) reported quarterly revenue of $515 million before the bell on Thursday, gobbling up expectations of $490 million. Health Insurer Cigna (CI) beat estimates in both revenue and earnings. Vaccine stock Moderna (MRNA) reported better than expected earnings, although shares are trading lower ahead of the open. And shares of Regeneron (REGN), manufacturer of an antibody cocktail, are trading higher after reporting strong earnings. Purveyor of lingerie Victoria Secret (VSCO), rose 27% earlier in the week on its first day of trading as a stand-alone brand.

CHART OF THE DAY: ONCE BITTEN, TWICE SHY? Crude oil futures (/CL—candlestick) dipped below its

50-day moving average (blue line) for the second time since July 19. The reasons for the sharp drop are rising inventories, rising Delta variant cases, and weaker outlook for demand. Will /CL snap back above its 50-day MA again? Data source: CME Group. Chart source: The thinkorswim® platform. For illustrative purposes only. Past performance does not guarantee future results.

Is Gen X Getting Exed Out of the Modern Workforce?

It appears that the latchkey kid generation may, once again, find itself stuck at home with little work to do as Generation X is expected to bear the brunt of the unemployment crisis, according to Generation, a non-profit organization. Whether it's job automation, a steep tech learning curve, or an inability to relate to the younger Millennial of Gen Z workforce, many Gen Xers (and yes, that includes the once-rising “yuppies’) are finding themselves “aged out” out of the workplace, much of it possibly having to do with perception more so than real skill deficits.

This Friday’s jobs report—aka Employment Situation—comes at a critical time as it factors into the Federal Reserve’s assessment of the economy, especially considering how inflation on the producer and consumer end of things is surging at a record-breaking pace. Analyst consensus expects a non-farm payroll figure of around 925,000 jobs, according to Briefing.com. The jobs report numbers may be a bit

nuanced and tricky to interpret

, whether a hit or miss is bullish, semi-bullish, or downright bearish, but it’s certainly worth keeping an eye on as it has the potential to jolt the market.

Where Are the Chips?

The race to find semiconductor chips among car companies is having uneven impacts in the auto industry. General Motors

(TSLA) continues to climb higher. Though they all need semiconductor chips, Tesla’s lead in the electric vehicle market could continue for a while. It goes without saying that the big concern for auto manufacturers is how long the chip shortages are likely to go on for.

Retail investors have reportedly been shopping for stocks. In particular, they've been buying the dips in prices during times of market volatility, helping support US stocks while uncertainty about Covid and the economy continues. Like in a football game, if you’re running a play that works, you don't stop running it until the other team stops it. These days, it seems the buy-the-dip strategy has been working. For example, the S&P 500 Index (SPX) has forged ahead to new records—in fairly short order—on each pullback. But no play—or trading strategy—is guaranteed to work forever. Sometimes the longer a pattern seems to hold, the more confident traders can be about its continuation. And that's when trouble might be brewing.