down to a digestible number of entries, which we’re taking as a sign that 2021 is really kicking into gear. Triple-A is still dormant, readying itself for the holidays – although it’s worth flagging that both

are due out this month – but there’s still a glut of goodies arriving on PC thanks to the indie scene.

Variety is easy to come by in August’s release calendar, but there are a couple of trends on this list that’ll suit genre fans. Firstly, there are a few overtly cute games running the gamut of farming

. There are also plenty of historical settings to explore this month, with mob managers, feudal

, and Viking brawlers among the brightest prospects.

So, whether you’re looking to further bolster your Steam backlog or just want to support some awesome developers, here are 11 of the most exciting indie games coming to PC in August.

We’ve done our best to quickly sum up what makes each of these games stand out, but be sure to click through to their respective Steam pages and wishlist them if they look like your cup of the proverbial.

We’ve never seen a game described by its developer as a cozy 3D platformer for tired people, but yes, that’s us. And yes, that sounds lovely. In Here Comes Niko! you’ve just been recruited as a professional friend by Tadpole Inc. so it’s up to you to travel around six pristine, tropical islands meeting and befriending the oddball inhabitants, solving puzzles, and chasing bugs. It’s bright, adorable, and full of heart, with an aesthetic that screams jelly shoes and beach holidays – a perfect summertime salve. You can check out Here Comes Niko!

This gunky isometric RPG has been on our radar for a couple of years now, so it’s great to see it finally launching on Steam Early Access. Set in a post-apocalyptic world dominated by gorey cosmic horrors and sentient AIs, you create your own outcast and embark on a journey through this land with a mysterious burden to carry. In terms of gameplay, Death Trash mixes classic Fallout roleplaying with action combat, as you venture across a world map that’s full of handcrafted locations to explore. The pixel art is sumptuous and evocative, the world feels original, and there’s a dedicated button for puking… sign us up! You can check out Death Trash

A mix of Animal Crossing and A Short Hike, Haven Park puts you in control of a tiny chick called Flint, who’s tasked with tending to his grandma’s campsite and making it the perfect destination for travellers. To do that, you set about exploring the campsite, talking to campers, and designing areas that suit their needs. It’s short, very sweet, and designed to be played at your own pace. You can check out Haven Park

The lives of mobsters during the Prohibition era have long been glamorised and romanticised in the media, but beneath the fast cars, guns, and overindulgence you’ll find some serious fiscal nous that rarely gets its due. City of Gangsters is a resource management game that aims to address that imbalance by putting you in charge of your very own crime syndicate. There’s a bit of muscle to direct, but for the most part your job is to build speakeasies and distilleries, and manage a complex network of rivals, crooked cops, and smugglers to make sure you’re always turning a profit. You can check out City of Gangsters 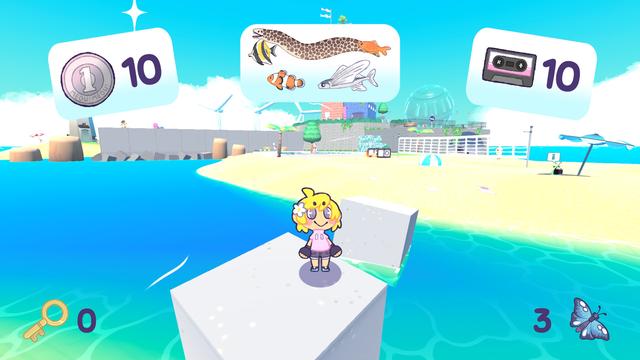 A curious mix of card battling and

, Black Book puts you in control of a young sorceress called Vasilisa who roams the Slavic countryside helping villagers by fighting and exorcising demons. The world of Black Book is based on Northern Slavic mythology, which – with the obvious exception of The Witcher series – isn’t a topic you see many games exploring. Handily, there’s an in-game encyclopedia packed with details about the folklore to help you out.

The combat takes cues from Slay the Spire and Steamworld Quest, but it’s the dark, hazy art style, which blends crisp low poly character models with soft-textured views of Slavic fields and forests, that’s really got our attention. You can check out Black Book

You may have spotted this medieval city builder among the hundreds of demos available in the recent Steam Next Fest. However, while there are plenty of feudal city builders knocking around on Steam, Patron distinguishes itself from the rest of the pack by dividing your populace into different social groups. Those groups will often have very different reactions to the policies you enact as benevolent city-building overlord, so compromise and political guile are as important as guiding your town to economic prosperity. You can check out Patron

The game industry is still riding out the shock waves of

, but fortunately there are plenty of great alternatives emerging in its wake. Glitchpunk is a top-down action game in the vein of the original Grand Theft Auto games, where you explore four dystopian cities, collecting bounties and shaping the fate of gangs, cults, and corporations. There are some light RPG systems, but for the most part this is about speeding through neon-lit streets and causing as much chaos as possible. You can check out Glitchpunk

Here’s a genre that we really hope takes off: hitchhiking games. In road 96 you’re trying to flee your home country of Petria by hitchhiking to the border, but how your journey plays out will depend entirely on who pulls over to offer you a lift and whose car you’ll risk getting into. Each character you meet could lead to moments of chaos, contemplation, or comedy.

Seeing as Road 96 is from the studio behind Valiant Hearts, which managed to wrangle all of that complexity into a game about the horrors of World War One, we’re very excited to see what awaits us in this one. You can check out Road 96

To give you the elevator pitch, Monster Harvest is effectively Pokémon mixed with Stardew Valley. That latter inspiration is pretty obvious: you’re new in town after inheriting a farm in desperate need of some TLC, there are tons of characters to meet, and even caves to battle through. Where Monster Harvest shakes things up a little, however, is by letting you grow your own monsters to battle alongside, train, and pamper. You can check out Monster Harvest

Forget MMOs, they’re so Y2K. Book of Travels developer Might & Delight bills its upcoming game as a TMORPG, which stands for

multiplayer online roleplaying game – neat. Its goal is to create a stunning, painterly world that players are free to explore and roleplay in, without guiding them with massive quests or landmark monsters to slay.

You can drink tea and gamble all day, or become a mountaineering explorer, and while there is combat, it’s far from the focus of Book of Travels. As for the multiplayer part, Might & Delight’s aim is to promote fleeting, meaningful interactions with other players on the rare occasions when your paths do cross. There might be skills you can share or remote regions that are easier to explore with a second pair of hands, but cooperation and companionship are always the main goals. You can check out Book of Travels

This side-scrolling beardy brawler is the work of solo-dev studio Resting Relics, which is astonishing when you look at the quality of animations and the seeming depth of its combat. Your goal in this norse-inspired mythical land is to reach the Great Temple of the Gods and save your people, battling battle through any monsters and men that stand in your way. To do that you have a suite of skills at your disposal ranging from fiery axe attacks and lightning arrows, to more basic moves like dropkicks and dodge-rolls, all of which is brought to life with a palpable sense of weight and menace behind every swing. You can check out Song of Iron